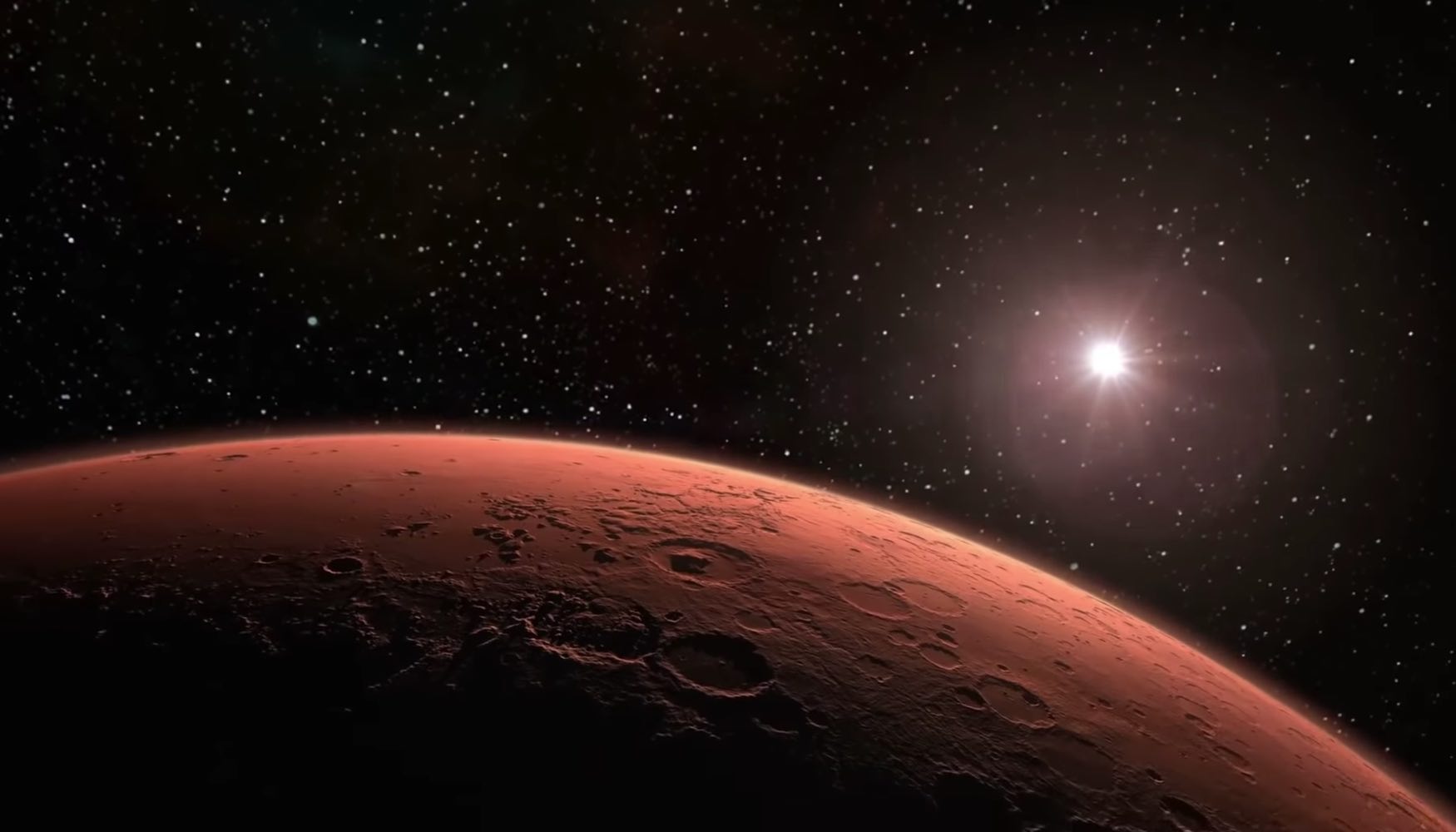 Although humanity has yet to find definitive signs of extraterrestrial life, there are many enticing places to look. Here are the Top Five places humanity is most likely to find signs of life and when those discoveries could take place.

Humans have been enthralled with the idea of life on Mars for centuries. In 1976, NASA’s Viking Landers even found signs that life may currently exist, although those signs are still hotly debated. Since then, numerous orbiters and rovers have scoured the planet, with their results proving that Mars almost certainly had a watery past, greatly increasing the signs that life may have existed there in its ancient lakes and oceans.

Presently, NASA’s Perseverance Rover is gathering the most enticing soil samples and caching them away for future analysis. If everything goes according to plan, a joint mission by NASA and the European Space Agency (ESA) dubbed the Mars Sample Return Mission will retrieve those samples and bring them back to Earth, where scientists can put all of their best equipment and methods towards determining if life once existed on the red planet and if it exists today.

Of course, there are still some technological hurdles to overcome in the next few years, but there is an increasing possibility that by some time in the early 2030s, humanity will know once and for all if there is, or ever was, life on Mars.

Read this to learn more about the proposed Mars Sample Return Mission.

If life in the cosmos is anything like life on earth, it may have a particularly hard time living on the hot hellscape that is the Venusian surface. However, there are portions of the atmosphere where the right combination of temperature and pressure exists to support some types of life found here on Earth.

In recent years, scientists discovered the signal of the gas phosphine in those clouds. On Earth, phosphine can be produced by natural processes. But the fact that it was found in the precise location in the clouds of Venus where humans hope to find life, and seemingly in concentration levels that would be hard to produce naturally, some have postulated that this phosphine gas could be the result of a biological process.

Of course, we will not know for sure if the phosphine in the atmosphere of Venus is natural in origin or the result of some sort of extreme organism (on Earth, phosphine can be created by anaerobic lifeforms known as extremophiles), but that question may soon be answered.

Along with a series of privately funded missions, due to make their first launch in 2023, NASA has some missions planned for the early part of the next decade, including some that will pass through the clouds and take a closer look at that phosphine. So, whether this gas is part of a natural process or a sign of extraterrestrial life, humans should know the answer sometime in the 2030s.

Read this to learn about NASA’s upcoming Missions to Venus

Although planets like Mars and Venus may contain signs of small, microbial extraterrestrial life, there are a pair of moons in our solar system that may have complex forms of life living on them right now. They are Jupiter’s moons, Europa and Ganymede.

For decades astronomers thought they may be frozen solid, but recent missions discovered plumes of liquid water jetting out of these moons and into space. As it turns out, there is just enough geological activity on these two moons that instead of solid ice, their frozen outer shells are hiding warm, liquid, saltwater oceans underneath. In fact, these saltwater oceans are vast enough and long-lived enough that some astrobiologists think that relatively complex forms of life (think squids or other cephalopods) may currently live and thrive there.

Of course, getting to Europa and Ganymede to look for those types of creatures is not going to be easy. Fortunately, NASA and the world’s other space agencies have a couple of ideas.

First, and likely the most viable option, is a proposed NASA mission that involves sending a probe to Europa and flying it straight through one or more of those massive plumes. The samples collected could then be returned to Earth and studied for life signs. This sample may not contain a full squid or other complex organisms but may, at a minimum, contain cells from those types of complex organisms.  This mission is on the drawing board, but likely won’t take place for another few decades.

Second, and perhaps more enticing, are plans by NASA to send a robot probe to Europa that can drill through the icy shell and send a submarine rover into the subsurface ocean to search for complex life forms. There are most definitely some major obstacles for engineers to overcome, but if they can get the funding and clear those hurdles, then we may have the first images of a Europan space squid or some similarly strange extraterrestrial life sometime in the 2040s or 2050s.

Before 1995, the notion of planets outside of our solar system was still science fiction. But since the discovery of the first exoplanet, NASA and the world’s other space agencies have found well over 5,000 exoplanets and counting. Many of these space bodies are massive gas giants like Jupiter and Saturn, making them less likely to support life as we know it. However, as telescopes and techniques have improved, researchers have discovered an increasing number of rocky, earth-like planets orbiting distant stars.

In the next year or two, various research teams will use the newly deployed James Webb Space Telescope to study the atmospheres of those planets, hoping to find signs of life. Dubbed biosignatures, these signs will not definitively prove life exists on these planets, but they may be in levels and concentrations that seem to indicate the presence of biological activity.

One such research project involves scanning the atmospheres of the rocky earth-like planets orbiting the star TRAPPIST-1 about 40 light years from us. Some of these scans should take place in late 2023, and the results of the analysis of those scans should be made available to the public the following year.

So, we may not know for sure that life exists on the planets of TRAPPIST-1 until we fly a probe there in the far distant future, but we may find a signal that is hard to explain otherwise as soon as 2024.

Although some believe that humans have already been visited by intelligent life from the cosmos, there is no publically available evidence to support that belief. However, there are a number of projects underway that are (or will be) looking for signs of intelligent life within our own cosmic neighborhood.

The Search for Extraterrestrial Intelligence (SETI) has been running since the middle of the last century. That effort involves listening to sections of space for radio waves that appear to be artificially made as opposed to naturally occurring. The current head of that effort, Seth Shostak, has famously bet other researchers a cup of coffee that his effort is likely to bear fruit in the next few years.

More recently, Harvard Professor Dr. Avi Loeb has joined the search for signs of intelligent life from the cosmos. His effort, dubbed the Galileo Project, has deployed various cameras and sensors designed to track and photograph any object in the sky that may be of extraterrestrial origin. At the same time, the Galileo project is racing to retrieve a piece of interstellar debris that slammed into the Pacific Ocean on the off chance that it may not be a space rock but instead an intelligently designed interstellar probe. Both efforts hope to have proof in the next couple of years.

Finally, along with other proposed methods for searching for intelligent extraterrestrial life or signs of their technology, the associate Dean of Physics from Carnegie Mellon University has teamed up with a group of researchers from the think-tank Applied Physics to search for signs of alien spacecraft in the Milky Way galaxy. Their proposed method involves using the Laser Interferometer Gravitational Observatory (LIGO) to scan the entire galaxy for signs of either massive spacecraft or smaller craft employing a physical warp drive. That effort is already underway, and according to the head researcher from Applied Physics, Gianni Martire, may bear fruit as soon as this year.

Humans may be alone in the cosmos, and life may be unique to our planet. However, if there has been, or currently is, life outside of Earth, we are closer than ever to finding signs of it. Considering that humans launched their first spacecraft into orbit only 66 years ago, the fact that we are already this close to potentially confirming extraterrestrial life signs is rather impressive. So, depending on which, if any, of these projects listed above bear fruit, humans may find out sooner rather than later that we are not alone.