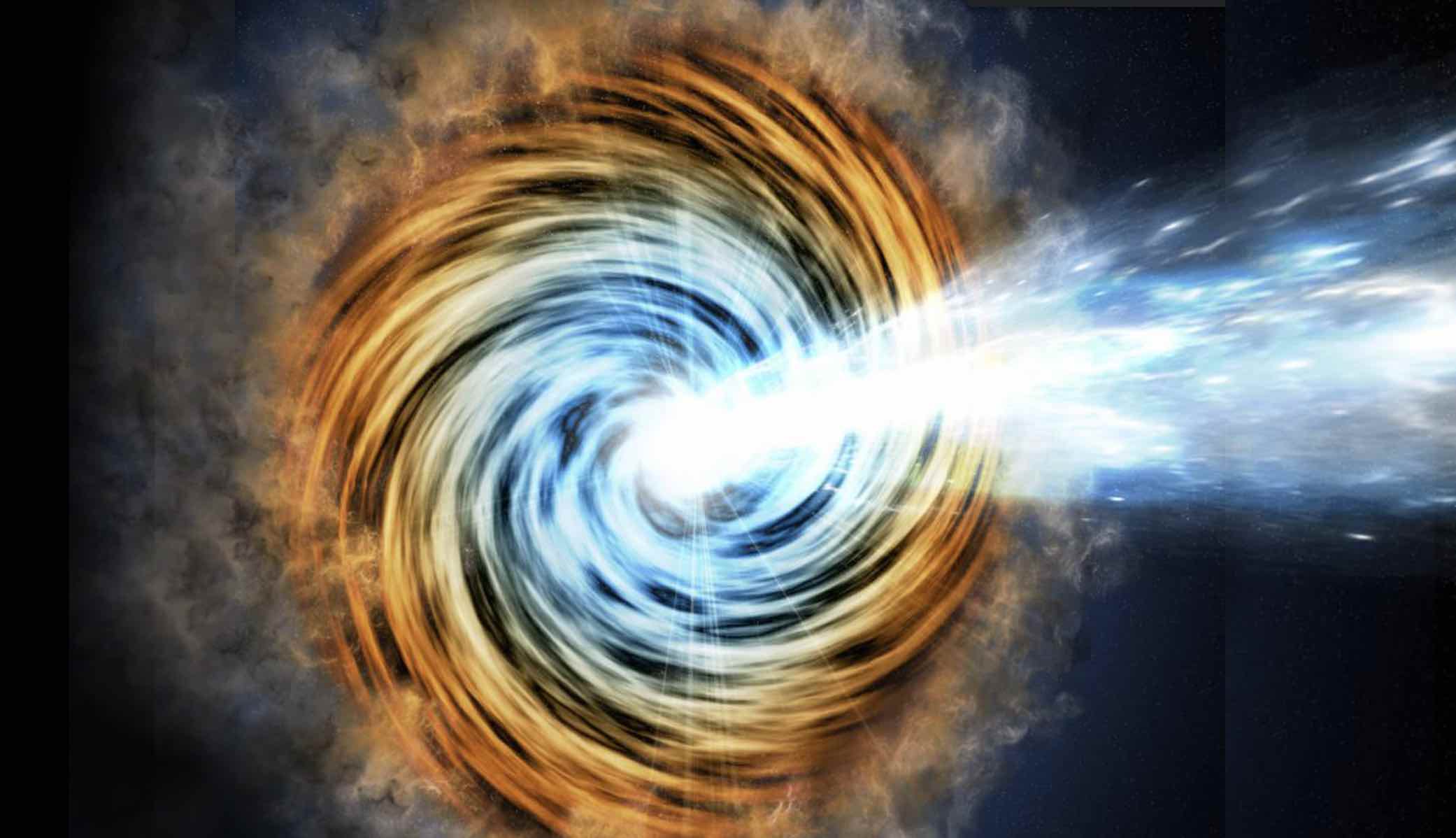 Odd Emissions Detected from a High-Energy Space Object Prompted Investigations by Astronomers. Here’s What They Found.

Astronomers say the results of a long-term study of a distant, high-energy space object have yielded new details about the behavior of one of our universe’s most prevalent extragalactic sources of gamma rays.

A multiwavelength study of the distant active galaxy 1ES 0647+250, one of a variety that astronomers call blazars, reveals that the object is a very high energy (VHE) emitter of gamma rays, making it bright and prevalent enough to be observable across multiple bands of the electromagnetic spectrum.

Blazars are a variety of quasars whose identifying characteristics include the variations in the highly polarized light they emit, the likely result of a plasma jet they produce which is directed toward Earth. More specifically, 1ES 0647+250 qualifies for being a BL Lac object (short for BL Lacertae, the name given to the first known object of this kind), denoting elliptical galaxies recognized for having tight, starlike nuclei, and for the extreme variability in their emission signatures. Based on the recent study, astronomers say 1ES 0647+250 has been detected in several instances in optical, radio, and X-ray bands.

However, what is unique about the latest insights into the behavior of this distant blazar is that previous observations provided little information on short-burst variability in the object’s emissions. This prompted astronomers to take a closer look at long-term data spanning multiple wavelengths that have been collected over the last several years, both from telescopes on Earth, as well as space observatories.

Led by Jorge O. Santos of the University of Laguna, Spain, an international team involved in the research now says it has performed “the first long-term multiwavelength (MWL) study of 1ES 0647+250,” which reveals a greater degree of long-term variability in the object’s emissions than ever detected, with particular activity detected in X-ray and VHE gamma-ray bands, very much in keeping with past detailed observations of distant blazars.

“The BL Lac object 1ES 0647+250 is one of the few distant γ-ray emitting blazars detected at very high energies…during a non-flaring state,” Santos and the team note in a recent preprint paper on their findings. The object and its somewhat odd emissions were detected with the help of high-energy detecting Major Atmospheric Gamma Imaging Cherenkov (MAGIC) telescopes between 2009 and 2011 during a period of generally low activity, in addition to three periods of flaring activity that occurred between 2014 and 2019.

“An extensive multi-instrument data set was collected as part of several coordinated observing campaigns over these years,” the authors of the paper note.

The researchers have published their findings on the preprint arXiv.org website, where they note that “controversy in the redshift measurements of 1ES 0647+250 reported in the literature” also prompted them to produce distance measurements of the object, albeit indirectly, by comparing spectra at measurements in giga-electron volts (GeV) and tera-electron volts (TeV) “from simultaneous observations with Fermi-LAT and MAGIC during the strongest flaring activity detected to date.”

Based on new data, Santos and his team’s data indicates no delay between long-term correlations of the optical and gamma-ray emissions detected from the object. However, 393-day delays exist between radio emissions from 1ES 0647+250 and its optical emissions, while slightly longer 398-day delays correlate them to its gamma-ray emissions. The team believes this is likely to indicate that radio emissions from the object stem from a particular region of the plasma jet the object produces, which helps them gauge its distance at around 11.73 light years from Earth.

The paper adds that information about the spectral energy distribution (SED) of the object—that is, a comparison of the object’s energy to the frequency or wavelength of light it produces—could be gleaned from several different observations of its activity states. Based on this, the authors write that “we interpret the SEDs from the four distinct activity states within the framework of one-component and two-component leptonic models, proposing specific scenarios that are able to reproduce the available multi-instrument data.”

The preprint of the team’s paper, “Long-term multi-wavelength study of 1ES 0647+250,” can be read in its entirety online here.