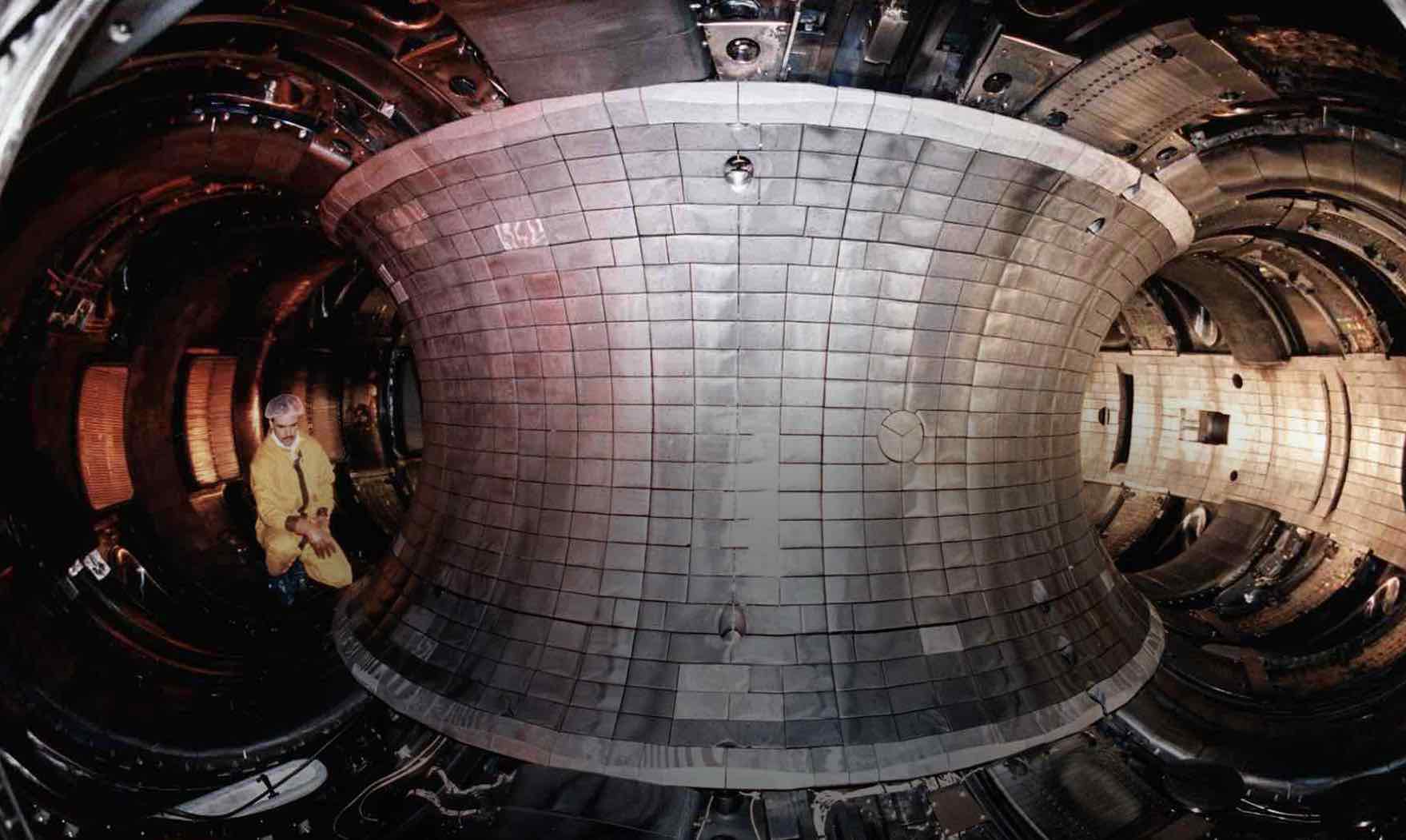 In the 1940s, research efforts aimed at harnessing the power of fusion to produce clean, reliable electrical energy began in earnest. The production of large amounts of power by combining atomic nuclei within a reactor to form a single, heavier nucleus has long been understood in theory. However, to date, producing machinery that can sustain the intense conditions required to produce more power output than what goes in has proven unsuccessful.

Part of what makes this no simple task involves the problems that can result from producing plasmas at such extreme temperatures. Chief among these is what is known as plasma disruption, a sudden decrease in thermal energy that occurs when plasma becomes unstable. Disruption prevents devices known as tokamaks, which physicists use to produce fusion from hot plasmas, from achieving their intended function and can also damage such equipment and their surrounding facilities.

Now, a team of physicists at the U.S. Department of Energy’s Princeton Plasma Physics Lab says they have narrowed down the cause of these damaging plasma disruptions, unraveling the cause by studying the collapse of intense magnetic fields that are employed to contain plasma used to provide fuel for nuclear reactions.

Min-Gu Yoo, a post-doctoral researcher at PPPL and now a staff scientist at General Atomics in San Diego, says that the team’s observations led to what they believe is “a novel way to understand the [disordered] field lines,” a potentially significant factor which he says had been ignored in many past studies.

Physicists use strong magnetic fields within a reactor to attempt to replicate the conditions within a star, where the massive gravity of these stellar bodies easily contains the hot plasma within. In the lab, plasma disruption results when instabilities cause these magnetic fields to become disordered, and much like air escaping a balloon that is suddenly punctured, heat from plasma is allowed to escape rapidly.

The resulting damage is not limited to the equipment used to create fusion. As plasma particles escape after being crushed by million-degree heat as disruption occurs, they can be ejected outward and cause damage to the surrounding environment.

“In the major disruption case, field lines become totally [disordered],” said Weixing Wang, principal research physicist, in a statement. Wang, Yoo’s advisor at Princeton Plasma Physics Lab and coauthor of the paper detailing the team’s findings, compared the result of this disordering to spaghetti being hurtled at a wall, with each strand connecting at different lengths. Of course, in the case of disruption, the result is that tremendous amounts of plasma thermal energy collide with the surrounding walls, rather than wet noodles.

A key aspect of the team’s recent findings involves the role that the shape of the disarrayed magnetic field lines plays in causing instability. According to Yoo, the structure of the field results in the formation of tiny hills and resulting depressions where some particles can become trapped while others are ejected toward the facility walls.

These magnetic “hills,” Yoo says, appear to be at the heart of plasma disruption and the sudden thermal collapse that results.

“The existence of these hills is responsible for the fast temperature collapse,” Yoo said in a statement, “as they allow more particles to escape to the tokamak wall.” Yoo and his team believe that if these hills in the magnetic field lines can be reduced, it would help contain electrons within the field more efficiently, thereby helping prevent the temperature collapse.

The team says their research provides key insights into how plasma energy is lost when magnetic field lines are disrupted. Yoo says it could also be an asset in finding ways of engineering tokamaks that can sustain plasmas at extreme temperatures without leading to disruptions.

The research team’s paper, “The 3D magnetic topology and plasma dynamics in open stochastic magnetic field lines,” was published in Physics of Plasmas.