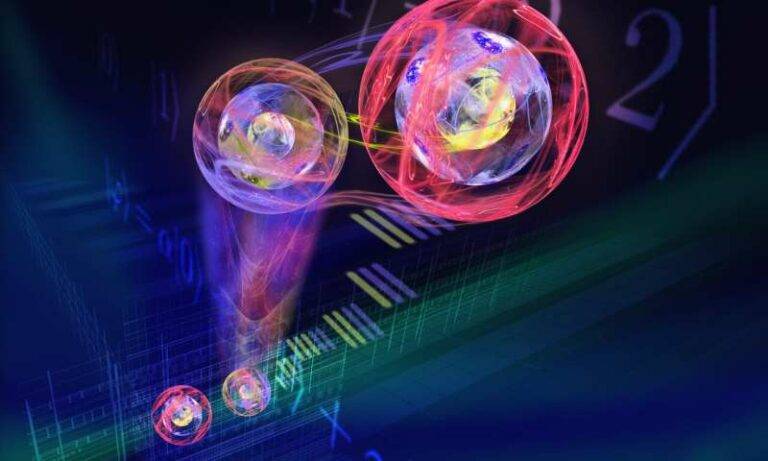 Quantum computers may be a bigger part of our future as a new study from MIT finds a new way to create them. (PC the Debrief)

A group of leading scientists announced the first-ever successful demonstration of sustained, long-range, high-fidelity quantum teleportation, in a significant breakthrough.

Working at Fermilab, a national laboratory of the U.S. Department of Energy’s Office of Science, a consortium of scientists led by the California Institute of Technology say they were able to successfully teleport qubits of photons (quanta of light) over a fiber-optic network at distances greater than 27 miles (44 km).

Scientists say the achievement is a significant step towards realizing a viable quantum internet, which would revolutionize the world of computing and information technology.

“Once fully developed, [quantum computers] can solve important problems that would take a classical computer millions of years,” Dr. Daniel Oblak of the University of Calgary, and co-author of the recent study, told The Debrief.

In 1927, physicists Clinton Davisson and Lester Germer demonstrated that particles, such as electrons, atoms, and molecules, could simultaneously behave like both a wave and a particle. Famously known as the “double-slit experiment,” the discovery demonstrated the probabilistic nature of quantum mechanical phenomena. The discovery would be one of the significant progenitors for establishing an entirely new physics field to describe behaviors that couldn’t be explained by classical physics — quantum mechanics.

Computers today work on classical physics principles by only encoding information as either a 1 or 0. Conversely, proposed quantum computing uses two quantum mechanical principles — superposition and entanglement — which allow subatomic particles to exist in more than one state concurrently. The quantum version of the classical binary bit, and basic quantum information unit, is called a quantum bit or “qubit.”

Most people consider “teleportation” to mean the transference of physical objects from one location to another, such as the transporter used by members of the U.S.S. Enterprise in the television series Star Trek.

“Quantum teleportation has a somewhat unfortunate association with sci-fi renditions of teleportation,” explained Dr. Oblak. “In quantum teleportation, the quantum state of a particle is transferred to another pre-existing particle at another location. Hence, teleportation in the sense of being beamed up by Scotty will require the complete set of basic constituents, i.e., all the atoms, to be present at the receiving end for the quantum information to be encoded onto it.”

In an email, fellow co-author, Harvard applied physicist Dr. Neil Sinclair, pointed out there are some slight tangential connections between quantum teleportation and the teleportation of matter. “Actually, the scientific community has demonstrated matter-based quantum teleportation a long time ago! In fact, people are now beginning to teleport quantum properties of larger and larger systems to see where quantum physics breaks down and more-familiar classical physics takes over. Quantum teleportation of properties of matter is important for many quantum devices to work properly, including quantum computers. Combining matter-based teleportation and other quantum networking technologies at scale is one of the goals of scientists, so these issues become deeply connected in a network. To this end, I also work on converting quantum properties of light to matter, and back again, to bolster quantum internet capabilities,” explained Dr. Sinclair.

Focusing strictly on the type of teleportation critical for quantum computing, Dr. Oblak explained, “Quantum teleportation predominantly plays a crucial role in quantum information technology. In fact, due to the Heisenberg uncertainty principle, it is not possible to transfer the complete quantum information about a particle by first measuring it at one location and then phoning someone at the receiving end with the measurement data to recreate the state. This is because any measurement of one property of that particle will immediately randomize other properties, which then cannot any longer be assessed. What remains for transferring quantum information is thus to transmit the particle (which is doable with photons) or perform quantum teleportation of the quantum state.”

The ability to teleport information in an unknown quantum state was first investigated in 1993. Researchers used two communication methods to send and receive quantum information. In December 2019, a group of scientists from the University of Bristol in the United Kingdom published results of an experiment showing the first-ever demonstration of quantum teleportation between computer chips.

While these breakthroughs have been significant in the march towards quantum computing, the ability to quantum teleport qubits across distances has proven to be complicated. Until now, the world record for quantum teleportation came in 2016, when researchers were able to transfer qubits between two systems at a distance of 3.7 miles (6 km).

In this latest news, the team of scientists says they have successfully achieved quantum teleportation across fiber-optic networks at distances greater than 27 miles (44 km). This breakthrough represents the first-ever demonstration of sustained, high-fidelity, long-distance quantum teleportation.

ANALYSIS: Quantum Teleportation Will Change How We Communicate

In their paper recently published in P.R.X. Quantum, the team of researchers from Fermilab, AT&T, Caltech, Harvard University, NASA Jet Propulsion Laboratory, and the University of Calgary used “state-of-the-art single-photon detectors and off-the-shelf equipment” to quantum teleport qubits between networks at Caltech (CQNET) and Fermilab (FQNET).

“A detailed analytical model, including experimental imperfections, supports the results and indicates that a workable and high-fidelity quantum network using practical devices can be built,” said a release by IN-Q-NET, Caltech’s public-private research program that designed and built the systems.

The team quantum teleported qubits of light at the telecommunication wavelength of 1.5 microns, an approach that is well-suited for travel over low-loss fiber-optic cables used by the telecommunication industry today. Researchers say data was collected using scalable data acquisition hardware and software, with results being derived in near-real-time.

“Although we are still understanding the full potential of its impact, a quantum internet promises to connect various quantum technologies together to leverage their capabilities at scale. Quantum technologies promise to perform tasks that would not be possible without using the laws of quantum physics,” said Dr. Sinclair.

“It’s hard to predict the impact of a new technology, just as the U.S. researchers who back in the 1960s first made a connection between UCLA and Stanford to type the word LOGIN on a remote computer would hardly have been able to envision our current information society built around the internet,” Dr. Oblak told The Debrief. “What we do know is that quantum technologies enable information sharing and processing in completely new ways.”

Both Dr. Oblak and Dr. Sinclair said to expect quantum networks to be developed in stages, with initial applications being quantum key distributions for data encryption over metropolitan-scale distances. Security, or the allowance of virtually “unhackable” networks, is one of the hallmarks of quantum computing.

Given the latest cyber-intrusions by the Russian A.P.T. group “Cozy Bear,” the ability to secure information from cyber-espionage has become of paramount concern for legislators and defense officials within the U.S. government. Adding to geopolitical concerns, The Debrief reported last week that China recently claimed they had achieved “quantum supremacy.” Some researchers have suggested that given current development rates, quantum computers could hack any classical computer and “break the internet“ by 2030.

“Transmission of information based on quantum technology can be guaranteed to be secure based on fundamental laws of physics and quantum computers,” said Dr. Oblak.

Dr. Oblak says first-generation quantum networks already exist, and he predicts it will not be more than a few years before they are realized in many urban centers. “As technology advances, a true globally reaching network capable of distributing entangled states to connected quantum computers and sensors will become a reality. This full quantum internet is still at least ten if not 20 years out in the future. But each step will open up new possibilities,” Dr. Oblak stated.

In an email to The Debrief, fellow co-author and University of Calgary physicist Dr. Christoph Simon said, “It’s tricky to make quantitative predictions, but I think that in 5 years we will have much more of a ‘quantum internet’ than we do now, and in 10 years much more again.” Dr. Sinclair added, “We, along with others in the scientific community, are already building quantum internet prototypes. We are working as fast as we can!”

This recent demonstration of long-distance quantum teleportation comes just a few months after the U.S. Department of Energy announced its blueprint for a national quantum internet. The D.O.E.’s blueprint outlines a path of development for the National Quantum Initiative Act, signed into law by President Trump in December 2018.

Once fully achieved, quantum computing will profoundly impact numerous industries and sectors such as banking, health care, communication, and transportation.

Ultimately, the real implications of quantum computing aren’t fully realized. As Dr. Oblak notes, “a quantum internet, on which quantum computers or sensors are connected and share quantum information, may well surprise us with applications we have not yet imagined.”