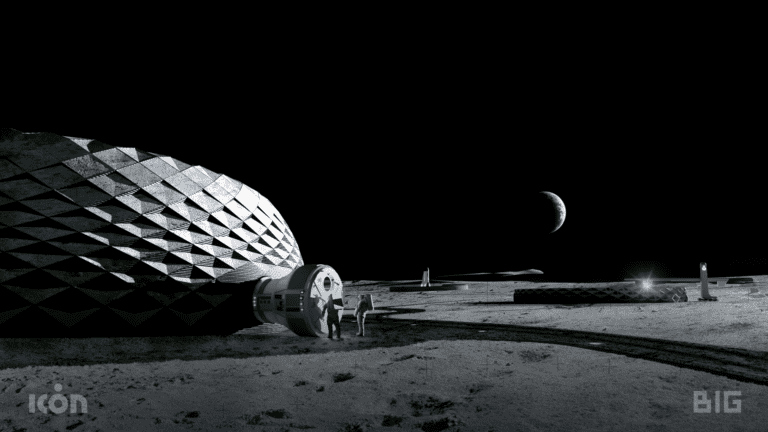 A Texas-based company, ICON, wants to help NASA return to the Moon in 2024 by 3D printing a lunar base from moon dust. According to CNN, ICON and NASA are collaborating to develop the technology to convert the Moon’s dust into a harder, concrete material in an initiative titled Project Olympus.

BACKGROUND: Why 3D Printing Lunar Bases Can Become a Reality

Moon dust, or lunar regolith, is topsoil that consists of sharp, clingy, and abrasive minerals and tiny shards of glass created meteoroid strikes over millions of years.

The moon dust poses many problems for more extended missions. One issue is that this dust can cling to and pierce an astronaut’s suit.

For NASA to meet its targets for a new mission to the Moon, and later missions to Mars, a permanent base must be established on the lunar surface. ICON believes that converting the plentiful moon dust into a more rigid form to be used for structures will allow NASA to move forward effectively.

ICON has previously used a similar 3D printing technology technique to build homes in Texas and Mexico with ‘lavacrete,’ a concrete-based mixture. The Moon offers a different challenge, as ICON CEO and co-founder Jason Ballard referred to the Moon as “a radically different world” in an interview with CNN.

ANALYSIS: Gateway to the Cosmos

NASA is launching its Artemis missions next year and hopes for a space station to orbit the Moon called “Gateway.” While an orbiting space station is also a stepping-stone to future Mars expeditions, having a lunar base on the Moon would help expedite all future missions.

NASA spokesperson Clare Skelly told CNN that NASA could award ICON more funding on the project but stated that they haven’t decided if the lunar base will be built using 3D printing techniques.

OUTLOOK: Lunar Base Technology on Earth?

ICON and NASA’s partnership seems promising if not just for the Moon, but here on Earth. In a 2020 review of 3D printing’s impact on labor, the study showed it could reduce construction waste by 30-to-60 percent, labor costs by 50-to-80 percent, and construction time by 50-to-70 percent.

Going To Mars Will Shrink Your Heart

Moreover, the United Nations’ states there is a desperate need for homes globally, estimating that 1.6 billion people require adequate shelter. The efficacy and sustainability of 3D printing could help dramatically reduce this number. If Mars is to be a habitable planet one day, then practicing 3D printing bases on the Moon and Earth is a reasonable pathway to the future.