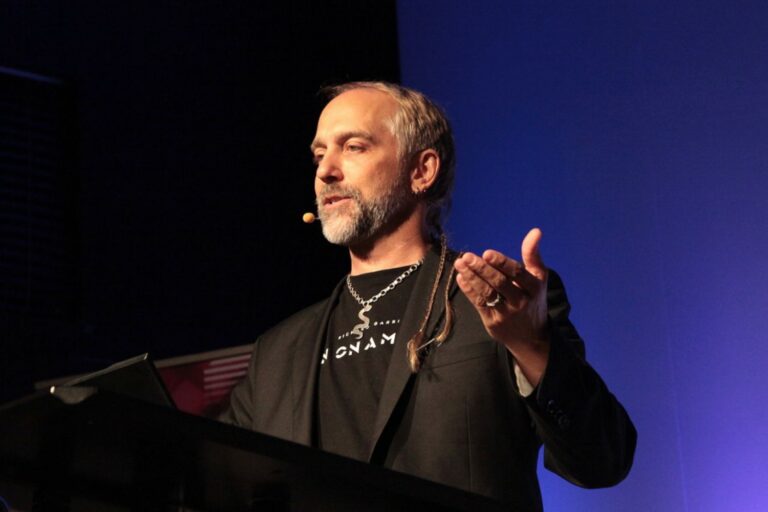 A descent into the famed Mariana Trench has made game developer and explorer Richard Garriott the first person to have reached both poles of the Earth, visit the International Space Station, and now also travel to Earth’s deepest place.

Garriott made the seven-mile descent in a small vessel, specially designed to be capable of handling depths where the pressure is so intense that the actual density of the water changes, increasing to 4.96%. In a statement to Reuters, Garriot says his trip required close to four hours to get to the bottom of the trench.

The famous Mariana Trench is a deep ocean chasm found at the base of the ocean east of the Mariana Islands. Nearly 1,580 miles long, the lowest recognized depth within the trench extends to an astounding 36,037 feet near its southernmost end, in an area dubbed Challenger Deep after the British sailing vessel, HMS Challenger, a Royal Navy survey ship which was first to conduct measurements of the trench’s depth between 1872 and 1876.

Since 2009, the trench has been recognized as a United States National Monument. Deeper than the height of Mount Everest, there are unconfirmed depth measurements which may extend the lowest areas of the trench by almost 200 feet.

Prior to departure, Garriott spoke with Space.com about his plans, noting that the entire dive and return ascent requires close to twelve hours, allowing for an additional few hours for exploration while at the bottom. He was accompanied for the trip with retired naval officer and undersea explorer Victor Vescovo, as well as his colleague Michael Dubno, with whom in the past Garriott says he has “dangled over lava pits in Nicaragua,” among other adventures. Dubno also accompanied Garriott on his previous journey to the North Pole.

Garriott’s explorations represent a continuing line of family work. His father, astronaut Owen Kay Garriott, had been a former US Navy serviceman who worked as an engineering professor at Stanford University before joining the USAF Pilot Training Program, which eventually brought him to NASA’s doorstep. He was well known for his lengthy stretch aboard the Skylab space station in the early 1970s, where he remained for nearly two months. The elder Garriott also spent several days aboard the Spacelab-1 during a shuttle mission one decade later in 1983. Owen Garriott passed away in 2019.

Richard Garriott’s descent into the Mariana Trench wasn’t his first experience with sea exploration. In 1998, Garriott participated in the earliest private expedition which probed the wreckage of the famous and ill-fated Titanic, which sank on its maiden voyage in April 1912 claiming a total of 1,490 lives. The wreckage site had not been explored since its discovery by oceanographer Robert Ballard in 1985.

Garriott has also participated in deep sea expeditions to hydrothermal vents on the ocean floor in search of unique lifeforms which are found thriving there. The expeditions Garriott participated in revealed that the rare extremophiles he and his colleagues observed could survive at much higher temperatures than any other life forms known to have existed at the time. While visiting the thermal vents, Garriott placed a Geocache that, according to his website, has yet to be visited since the expeditions.

Garriott is the fourteenth living person to have made the descent to the base of the Mariana Trench, whose recent journey makes him the only person to have done so who has also flown in space. In addition to his explorations, Garriott is the inventor of a number of fantasy role playing video games that includes the popular open world series Ultima, beginning with the 1981 release of Ultima I: The First Age of Darkness.