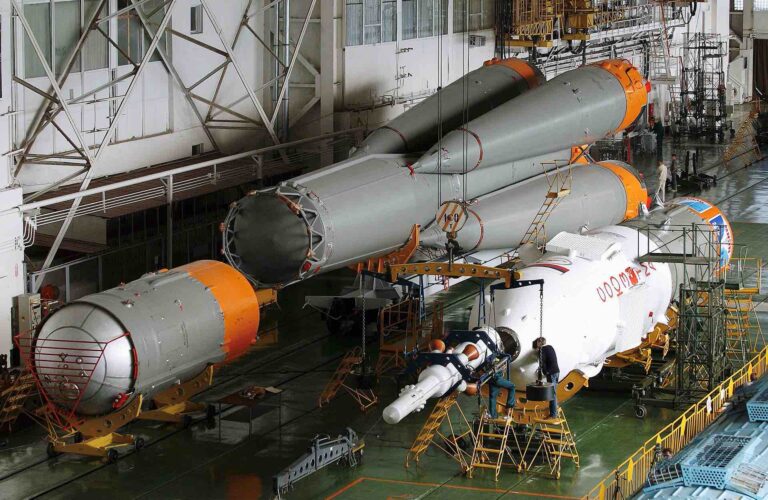 Russia has announced ambitious plans to launch a new nuclear-powered transport and energy spacecraft on a four-year-long mission, according to a recent statement from its space agency Roscosmos.

Zeus, which will take flight on its maiden voyage sometime in 2030, will carry out a mission lasting a combined total of 50 months, said Alexander Bloshenko, Executive Director for Long-Term Programs and Science for Roscosmos, in a press statement over the weekend.

“Together with the Russian Academy of Sciences, were are now making calculations about this flight’s ballistics and payload,” Bloshenko said of its nuclear-powered spacecraft.

The announcement follows a contract Roscosmos signed in December with Arsenal Design Bureau, the long-running Saint Petersburg-based engineering company whose focus is space technology and machinery development. The contract, which set a project budget of more than 4.17 billion rubles, set the stages for preliminary development of a nuclear-powered space tug called Nuklon which would aid future space missions.

The current expected delivery date for Arsenal’s project is the end of July 2024.

Plans for the Nuklon tug, also known as the Transport and Energy Module (TEM), have been underway for more than a decade already. According to the Russian Sputnik News, development began in 2010, and early prototypes were first revealed in 2019, followed by animations revealed in 2020 that showcased plans for its deployment into orbit.

Bloshenko told reporters on Saturday that the mission plans to send the space tug to the Moon, at which time a spacecraft will separate from it and travel on to Venus for a gravity assist maneuver designed to deliver yet another spacecraft, which will be sent on to Jupiter and its satellites.

It was also recently reported that Roscosmos plans to use similar nuclear technologies to build a space station, employing its next-generation Orel spacecraft for transporting crew members between it and Earth.

For several decades, nuclear power systems have been used as power sources for space missions. According to information from the website of the Department of Energy, more than two dozen U.S. space missions have relied on radioisotope power systems (RPS) to provide such things as heat and electricity to various spacecraft, which are capable of operating in space for decades on end without any maintenance.

In the past, the majority of nuclear fission reactors sent into space were used by Russia, although presently the U.S. is also developing designs that involve nuclear powered technologies. There are many benefits nuclear power can offer, which range from their extended operational capabilities, to the speed at which they are able to transport spacecraft to nearby planets, or even distant corners of our solar system.

This Company Is Bringing Back Supersonic Commercial Flights

In late 2019, a memorandum issued by the Trump Administration detailed future prospects for research involving nuclear-powered spacecraft. According to the memo, “the United States of America shall develop and use space nuclear systems when such systems safely enable or enhance space exploration or operational capabilities,” adding that “the ability to use space nuclear systems safely and sustainably is vital to maintaining and advancing U.S dominance and strategic leadership in space.”

The memo also called on “all U.S. government entities involved in the launch of spacecraft containing space nuclear systems shall seek to ensure safe operation.” It was followed in December 2020 by the signing of Space Policy Directive-6, which also dealt with nuclear propulsion systems for use in space. Notably, the directive also banned the use of highly enriched uranium for such nuclear-powered spacecraft, except when the use of other forms of nuclear or alternative propulsion methods would make a space mission unfeasible.

At the project’s current pace, Russia is on track to deliver its Zeus spacecraft by its expected deadline. Such technologies may also bolster Russia’s efforts to have its own space station, which it hopes to have in orbit by as soon as 2025.