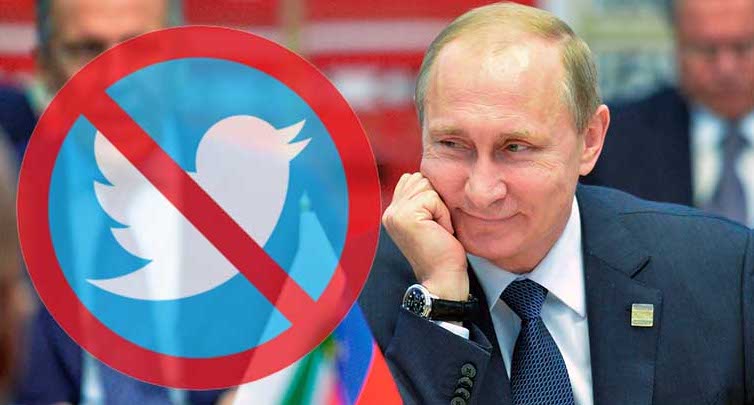 Russia announced Wednesday it is slowing upload speeds to Twitter in retaliation against the social media company’s alleged failure to remove banned content.

Russia claims, since 2017, Twitter has ignored “over 28 thousand initial and repeated requests” from Roskomnadzor for the removal of “illegal links and publications,” such as “content that incites minors to commit suicide, containing child pornography, as well as information about the use of drugs.”

As of March 10, 2021, Roskomnadzor claimed it had identified over 3,000 posts on Twitter that contained prohibited information. Pointing to a “vivid example,” allegedly Twitter refused to remove materials calling for minors to commit mass suicide on March 3, 2021. “Recall that on this day, according to law enforcement agencies, several attempts were prevented committing suicide by minors,” said the state communications regulator.

Reuters, among other Western outlets, report Russia’s feud with Twitter has less to do with concern over legitimately harmful content and more to do with fears over how social media platforms are being used to organize anti-Kremlin protests.

Rather than urging mass suicide, as Roskomnadzor claims, some interpret this to be a reference to children being encouraged to take part in anti-corruption protests across Russia earlier this month. The March 3rd date mentioned by Roskomnadzor is the same day that, in 2007, protesters kicked off a series of state-wide anti-Kremlin demonstrations in Saint Petersburg known as the “Dissenters’ March.”

Since Kremlin critic Alexei Navalny’s arrest and jailing, there has been a stark rise in anti-Kremlin sentiments and nationwide protests. Before his arrest, many nations and international organizations, including the United States, European Union, and United Nations, all concluded through independent investigations that Russia had tried to kill Navalny using the nerve agent Novichok.

Roskomnadzor did not mention content related to opposition protests in Wednesday’s statement. Sticking only to what it said was “illegal content,” highlighting child pornography, drug abuse, and encouraging suicide.


iGenomics App Able to Sequence DNA on a Mobile Device

“In order to protect Russian citizens and forcing the Internet service to comply with the legislation on the territory of the Russian Federation in relation to Twitter, since March 10, 2021, centralized response measures have been taken, namely, the primary slowdown of the service’s speed (according to the regulations),” read a translated copy of Roskomnadzor’s statement.

Russia said the slowing of Twitter upload speeds would be applied to 100% of mobile and 50% of stationary devices.

“If the Twitter online service continues to ignore the requirements of the Law, the measures of influence will continue in accordance with the response regulations (up to blocking) as long as the calls to commit suicide by minors, child pornography, as well as information about the use of drugs are removed,” said Roskomnadzor.