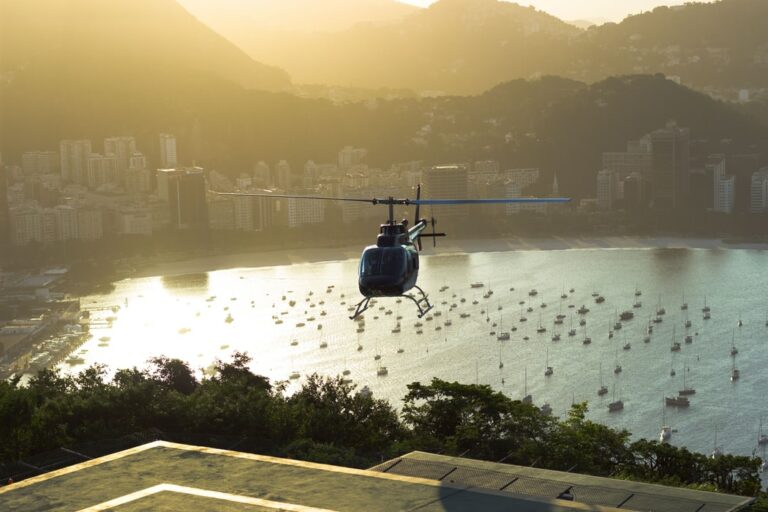 Scientists say they have successfully detected signs of life using remote sensing techniques, in a research study that could be a breakthrough in the use of such technologies on Earth, or even in the search for life on other planets.

A research team comprised of scientists with the University of Bern and the National Centre of Competence in Research (NCCR) PlanetS were able to successfully identify key molecular properties of living organisms, using sensitive equipment on board a helicopter flying several kilometers above the Earth.

The international team of researchers associated with the Monitoring planEtary suRfaces with Modern pOlarimetric characteriZation (MERMOZ) project, succeeded in detecting a unique biosignature known as homochirality, a trait that involves the presence of uniformity in objects that are not able to be superimposed perfectly onto their own mirror images, otherwise known as being “chiral.” Biologists recognize, for instance, that of the 20 known natural amino acids, all but one is homochiral, with the only exception being sugars.

This unique biosignature was successfully detected using instruments positioned two kilometers above the Earth, while on board a helicopter moving 70 kilometers per hour. Jonas Kühn, MERMOZ project manager, said that the biosignatures were detected “in a matter of seconds,” despite the distance and speed at which the helicopter was moving relative to the ground.

The MERMOZ project, a partnership between the Universities of Bern, Leiden and Delft, has its origins in studies that began in 2018, which were aimed at assessing whether biosignatures that characterize life on Earth could be discerned from space. The project aimed to achieve this by “building a benchmark library of surface feature signatures with remote full-Stokes spectro-polarimetry,” according to the project’s webpage.

During tests conducted in 2018 and again in 2020, the MERMOZ team deployed its FlyPol remote sensing instrument, a spectropolarimeter featuring a camera with special lenses and receivers that allow it to separate circular polarization produced by living organisms from other light it measures.”

“In this framework, our planet is considered as a proxy for other solar system bodies and exoplanets,” the MERMOZ project summary reads.

Placing the FlyPol on board a helicopter, the device successfully performed a 25 minute flight aimed at testing the system’s durability against vibration from the aircraft, as well as possible interference or problems that might arise from temperature and pressure changes while ascending or descending. Not only was FlyPol able to perform while in flight, but it succeeded in detecting several signatures from living organisms, providing enough data that scientists were able to distinguish between a number of different areas ranging from grassy fields and forest, to lakes and populated areas.

In the recent experiments conducted by the MERMOZ team, light reflected from biological matter was key in helping to obtain the unique biosignature information.

“When light is reflected by biological matter, a part of the light’s electromagnetic waves will travel in either clockwise or counterclockwise spirals,” said Lucas Patty, lead author of the research team’s paper, in a release. “This phenomenon is called circular polarization and is caused by the biological matter’s homochirality.” Patty says that these unique spirals of light are not produced in the same way by nonliving things.

The MERMOZ team now hopes to deploy its remote sensing technologies from aboard the International Space Station, to test its ability to detect biosignatures at an even greater distance, and on a planetary scale. If successful, one obvious future application for this technology could be its inclusion on a probe orbiting a distant planet, which could then be monitored for biosignatures from a position in orbit.

“This step will be decisive to enable the search for life in and beyond our Solar System using polarization” says Brice-Olivier Demory, a professor of astrophysics at the University of Bern and MERMOZ principal investigator, who co-authored the study.

The team’s paper, titled “Biosignatures of the Earth I. Airborne spectropolarimetric detection of photosynthetic life,” appeared in Astronomy and Astrophysics.