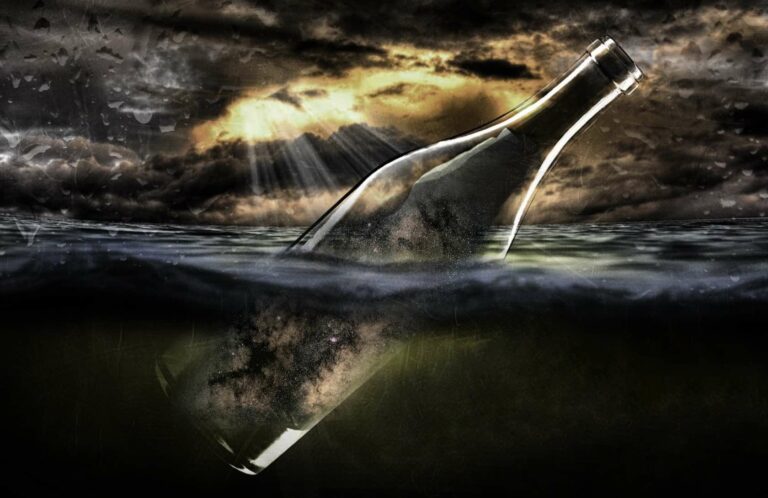 Scientists Want to Send A Message Across the Galaxy. Will ET Understand?


While some scientists worry about contacting ET, others doubt we’ll hear anything back (at least any time soon).

“The significance of a finding that there are other beings who share this universe with us would be absolutely phenomenal,” astrophysicist and prolific science communicator Carl Sagan once said of the scientific search for ET. “It would be an epochal event in human history.”

A team led by scientists from the National Aeronautics and Space Administration (NASA) have proposed a mission to beam information into the cosmos. The proposal, called “Beacon in the Galaxy”, is led by Jonathan Jiang from NASA’s Jet Propulsion Lab, the team has posted a preliminary paper detailing the proposal. By outfitting the massive Allen Telescope Array at the SETI Institute in California and the 500-meter Aperture Spherical Radio Telescope in China, a message encoded in binary could be beamed throughout the Milky Way.

It would reveal the Earth’s location to any intelligent ET civilization within the galaxy that happen upon the message, assuming they’re listening. Some scientists are worried that this could reveal our location to hostile civilizations while others argue that a lot of information will be lost in translation.

A Cosmic Message in a Bottle

It is important to note this is far from the first message we’ve sent into the cosmos. The Arecibo message was broadcast in 1974 from a radio telescope in Puerto Rico, transmitting basic information aimed at a group of 300,000 stars in a globular cluster some 25,000 light-years away. The most famous is the Golden Record attached to the Voyager spacecraft in 1977 — a gold-plated copper disk with images, sounds, and greetings portraying the diversity of life and culture on Earth.

According to the preliminary paper, the message would contain basic mathematical and physics concepts to establish a common language along with information about the composition of life on Earth, the location of the solar system, and digitized images of humans. Though the paper hasn’t been peer-reviewed by other experts as yet, it has ignited public discourse.

“We want to send a message in a bottle in the cosmic ocean, to say, ‘Hey, we are here,” Jiang said in an interview with Live Science. “Even if we are not here some years later.” Jiang and his co-authors think aiming the message into the middle of the galaxy will reach areas some 13,000 light-years away that are most likely to have had time to develop life.

It is important to note that while Jiang and his co-authors are merely proposing this message, other international groups are sending messages.

Messaging Extra-Terrestrial Intelligence (METI) is planning to send its second message into the cosmos. Rather than passively listening for extraterrestrial radio messages, METI takes a proactive approach. They plan to beam their message out on October 4th from the Goonhilly Satellite Earth Station in Cornwall, UK, aiming at the TRAPPIST-1 star which is orbited by seven planets, some of which may be habitable.

“We’re testing a version of the zoo hypothesis – that, in fact, they are out there, they already know that we’re here, but in order to gain access to the galactic club, we have to submit an application and maybe even pay a little dues,” Douglas Vakoch, a member of METI told The New Scientist. “So this is our attempt to pay our dues, and see if they’ll welcome us into the club.”

Should We Send Messages to ET?

Many scientists and science fiction writers warn about the prospect of contacting aliens.

More than a decade ago, renowned theoretical physicist Stephen Hawking warned us not to contact aliens. Looking back at the atrocities of colonialism, Hawking speculated that any aliens we meet might not be friendly.

“Such advanced aliens would perhaps become nomads, looking to conquer and colonize whatever planets they can reach,” he said in the Discovery documentary Into the Universe with Stephen Hawking. “To my mathematical brain, the numbers alone make thinking about aliens perfectly rational. The real challenge is to work out what aliens might actually be like.”

“We all know what happened to Montezuma when he met Cortés in Mexico so many hundreds of years ago,” he said in a 2021 interview with The Guardian. “Now, personally, I think that aliens out there would be friendly but we can’t gamble on it.” While Kaku doesn’t dismiss the idea of contacting alien civilizations entirely, he believes it should be done extremely carefully.

Another explanation for why we haven’t received any radio signals from other civilizations is dubbed the “dark forest”, also the basis and title of Liu Cixin’s science fiction epic. It presumes that other aliens are hostile and will destroy each other given the chance; therefore the best way to survive is through radio silence.

There are many voices on the other side of the debate who aren’t nearly as pessimistic about the prospects of communicating with extraterrestrial life.

Steven Dick, chair in astrobiology at the Kluge Center in Washington, D.C. advocated for increased funding for programs searching out intelligent extraterrestrial life. He told Space.com that “the existence of extraterrestrial intelligence is one of the great unsolved mysteries of science.” However, Dick believes we should find them first before sending a message.

Sheri Wells-Jensen, an associate professor at Bowling Green University and a member of the advisory council of Messaging Extra-Terrestrial Intelligence international, spoke to The Debrief about the topic. Drawing from astronomy, astrobiology, philosophy, and linguistics, she studies xenolinguistics — a field of study focused on alien languages.

“We have exactly zero information about whether they’re hostile or not,” she said. “If people feel afraid, you don’t want to make fun of that.” Due to the vast scale of space, she doesn’t think that sending a message into outer space wouldn’t lead to immediate consequences.

“It could equally well be that not sending a signal is the dangerous thing,” Wells-Jensen said. “Maybe they [extraterrestrials] go around looking for planets that have an oxygen signature in their atmosphere and if those plans are silent, they will go occupy or wipe out those planets.” She added that it’s difficult to make any such rational decision without any previous data.

Would ET Even Understand Us?

Wells-Jensen believes that if our signal reaches an ET civilization, we wouldn’t be the first aliens that they’ve discovered.

“They might have a system of xenolinguistics, where they study the new signals from a new civilization,” she explained. “If they’re interested in us at all, and they are more advanced than we are, then they probably have some kind of method in hand to deal with us.” Wells-Jensen compared this situation to a toddler trying to get the attention of an adult.

Even if the extraterrestrial civilization receives the message, they might not understand any of the content. “Maybe the only thing that will get across to them is that we can make an artificial signal,” Wells-Jensen said, adding that receiving a signal from humans would carry a lot of information for an extraterrestrial civilization. It means we’ve managed to build a radio telescope and understand enough about physics to beam it out.

Additionally, extraterrestrial civilizations are unlikely to be located close to Earth, making it difficult for back and forth messaging. “It’ll take 50, 80, 100, 1000 years between conversational turns,” she explained. “So possibly the only thing that will get communicated is hello, we exist, we do science.”

If extraterrestrial civilizations have their radio telescopes pointed out our solar system, they might already learn a lot about Earth.

“Depending on how far away they are, they’ll already know that there’s life here,” Wells-Jensen said. “And maybe they will also already know that we’re polluting our planet, because there’s evidence of that in our atmosphere.”

Could this be a reason to beam a thoughtful message into space? “It might be nice if we were deliberate about that, and said something intentionally,” Wells-Jensen said. “As opposed to our unintentional signal that we’re sending now by just being alive: we are a young race, we’re just starting out.”

Even if humans send out a message to the center of the galaxy, it could be centuries until we hear back.