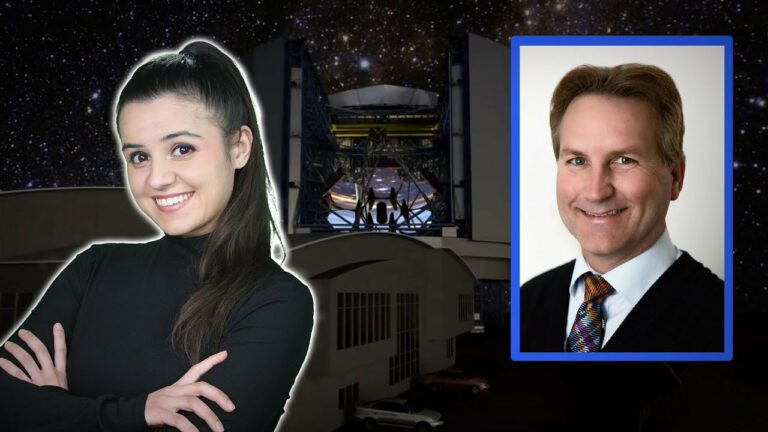 Seeing Other Worlds with the Giant Magellan Telescope


Ep. 1: Debriefed with Cristina Gomez - This week Cristina tackles the future of Space Exploration via Space & Earth based telescopes

Welcome to Debriefed, Dig Deeper, with Cristina Gomez. This week Cristina tackles the future of Space Exploration via Space & Earth based telescopes, specifically focusing on the next generation of Ground Based massive mirror arrays such as the Giant Magellan Telescope that is being assembled high up in the Atacama Desert of Chile in South America.

Cristina speaks with the Project Manager, Dr. James Fanson about how powerful the Telescope will be, and what it will enable astronomers and astrophysicists to observe in Deep Space once completed.

The Giant Magellan Telescope will have the ability to see many times deeper into space than either the Hubble, Spitzer, Kepler, or even the yet to launch James Webb Space Telescope due to the vast array of mirrors it will use to gather up the faintest light from the very beginning of the Universe. It will be able to resolve images of planets around other stars, as well as examine the light spectrum when those planets pass in front of their parent stars to see what the composition of the atmosphere is. This holds much promise in the search for exoplanets that may contain biomarkers signifying extraterrestrial life.

Are Plumes on Enceladus from Underground Oceans?

In the second segment of the show, Cristina will report on the latest cutting edge research into ‘Faster than Light’ modes of travel via a Soliton, aka a Warp Field much like the one made popular in the TV show Star Trek. Utilizing information in the newly peer reviewed scientific whitepaper, Cristina explains how with the omission of exotic fuels in favor of a conventional fuel source such as a nuclear power plant, the right energy signature can be obtained to create a stable warp field, that will also cancel out the time paradox commonly known in the physics world as ‘The Twin Paradox’.