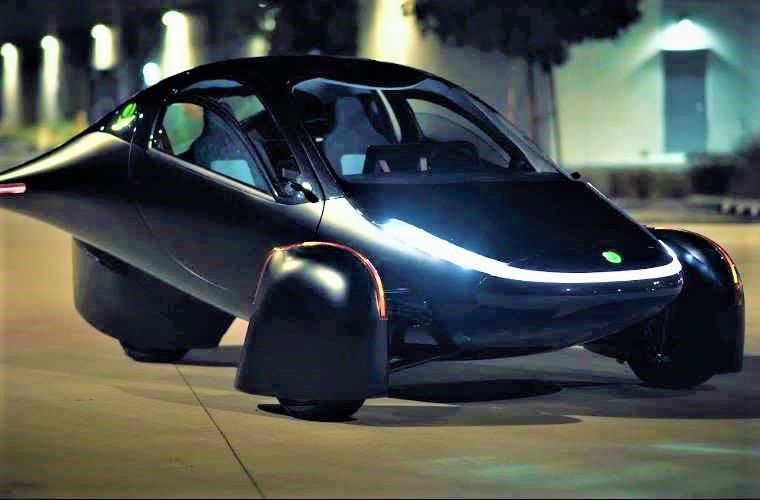 A new video shows Aptera Motors’ solar-powered electric vehicle beating a Tesla Model 3 and an Audi R8 in a drag race. Designed to run using only the power of the sun, the three-wheeled road-legal vehicle can accelerate from 0-60 miles per hour in only 3.5 seconds.

Last March, The Debrief reported on Aptera Motors’ plans to bring their solar-powered car to market as soon as the end of 2021. That deadline has passed, but the company is taking deposits for new vehicles, with a revised delivery date sometime later this year.

The Carlsbad, California-based manufacturer says their vehicle can travel as much as 46 miles in one day using only solar power. A single charge of the batteries from an external charger can net as much as 1,000 miles of driving.

Now, the team is showing off the acceleration of their fully electric vehicle by putting it head to head with an Audi and a Tesla, the latter of which many consider to be the gold standard of electric cars.

TIME TO HAVE A LITTLE BIT OF FUN!

The drag race video opens with Aptera’s Vehicle Integration Engineer Daniel Morris. “We just finished up a lot of our critical dynamics testing,” says Morris, “now it’s time for us to have a little bit of fun.”

The fun described by the Aptera engineer involves a good old-fashioned drag race between an original Aptera Motors “Alpha” model, a new “Beta” model, and the Audi R8 and Tesla Model 3 electric vehicles.

“It will be interesting to see who wins,” said Morris, as if he didn’t already know, “and what the results actually look like.”

As one might expect, since Aptera Motors posted the video on their YouTube channel, their Beta won in a photo finish. Of course, many have noted that the Tesla used in the race is an older model, and depending on the configuration purchased, performance can vary. Also, the Aptera Motors vehicle is classified as a motorcycle, although its enclosed design means the driver doesn’t need to wear a helmet. Still, a picture, or in this case, a video, is worth a thousand words.

“Don’t blink,” the video’s description warns. “We’re amplifying acceleration through the power of the sun. 0-60 mph in our All-Wheel-Drive version clocks in as fast as 3.5 seconds and Front-Wheel Drive as fast as 5.5 seconds.”

As previously noted, delivery of road-legal vehicles to enthusiastic customers hasn’t yet begun. However, once the vehicle is available, its combination of solar-powered energy generation and low overall energy demands mean it would represent the most convenient electric vehicle on the market.

“Our vehicle is unique in that most electric cars, you can never really charge off a 110-volt outlet,” said co-founder Chris Anthony in a post on the company’s website. “It’s not enough power to charge a Tesla or Chevy Volt. But with our vehicle, the same outlet that you use to charge your cell phone can charge 130 miles of range per hour.”

Oh, yeah. And if some jerk in a Tesla cuts you off, you can also dust him. Just sayin’.