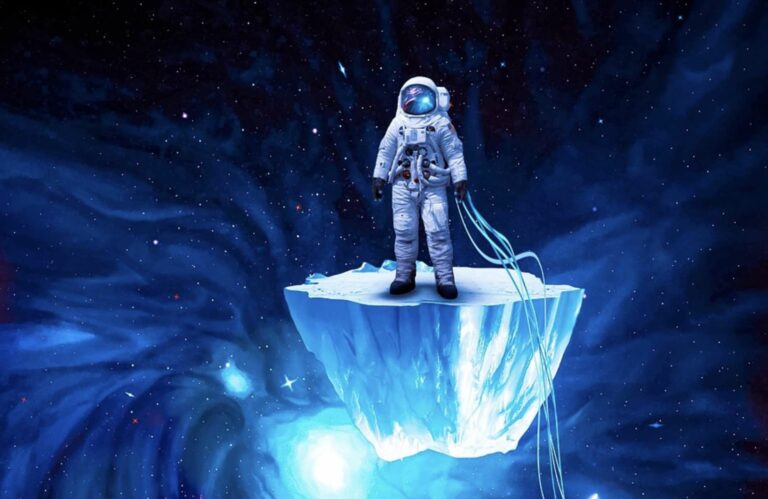 The civilization which benefited from this ET genius could have populated the entire Milky Way galaxy with advanced probes by now. Perhaps we will find one of them.

The Galileo Project searches for extraterrestrial equipment using telescopes on the ground and in space. If we find an extraordinary interstellar vehicle, I will be delighted to hop on it and seek exceptional scientists throughout the Milky Way. We have many pressing questions for them: What happened before the Big Bang? Is there a way to create a baby universe in the laboratory? What is inside a black hole? What is the nature of dark matter and dark energy? Is it possible to travel faster than light? How widespread is intelligent life throughout the cosmos? And many more.

The importance of these questions – also echoed in my book Extraterrestrial, will bring more people to my funeral if I return some answers to Earth. When I made this point to the Smithsonian Magazine journalist, Jennie Rothenberg Gritz, she noted: “Your funeral will be a great interstellar celebration of your life – but I hope it doesn’t happen for a while!”

The exploration of space is currently popular from its commercial incentives. These include space tourism, novel industries at low-gravity on the Moon or Mars, and mining rare minerals on asteroids such as `Psyche’. But there is no business plan for leaving the Solar system towards other stars because of the vast distance and long duration of such journeys. The motivation for such expeditions must be spiritual, namely: exploring the unknown. If interstellar travelers arrive at our doorstep, it will be because we are unknown to them.

An encounter with an ET culture would be a humbling experience, since we will have to admit that our modern science was developed only over the past century out of the 4.5-billion-years-long history of Earth. Just over a hundred years ago, Albert Einstein pioneered general relativity – the foundation for our current understanding of the Universe, and quantum mechanics – the knowledge base for our electronic gadgets. But we still do not know the answers to many foundational questions about our cosmic neighborhood, as listed above.

Most of human history is shaped by the illusion of superiority that some people had relative to other people when the reality is that all humans are fundamentally so fragile that even a tiny virus-like COVID-19 can wipe them out in two weeks.

In today’s WORLD.MINDS forum coordinated by Rolf Dobelli, I asked Thomas Zurbuchen, the Associate Administrator for the Science Mission Directorate at NASA, “Do you believe that we will find evidence for intelligent ET life in our lifetime?”

Thomas replied that we might likely find such evidence, but the timeframe is highly uncertain. He then asked me in return, “And what do you think, Avi? I do not know how old you are, as that would affect your likelihood to witness it.”

My answer was short: “I will be sixty years old at the end of this week, and I do believe we will find such evidence during my lifetime.” Then, I jokingly added, “My only doubt is whether we will ever find intelligent life in Washington, DC.”

By that, I only meant to say that “extraordinary evidence requires extraordinary funding”, which often rests on strategic decisions by policymakers.

The Question that Got Google’s Timnit Gebru Fired: Can an AI Model Be Too Big?

Thomas then raised his foot towards the camera and showed his socks. They had alien images on them.

“This is especially for you,” he said smiling. “Happy Birthday!”

Here’s hoping that we will find a message in an “extraterrestrial bottle” that will offer salvation from our weaknesses through the broader perspective of the cosmos. There is tension between the damage that our new technologies bring to Earth and the opportunity to avoid a single-planet catastrophe by venturing into space. Perhaps the wake-up call will come from interstellar space in the form of an unusual technological object that will be discovered by the Galileo Project.