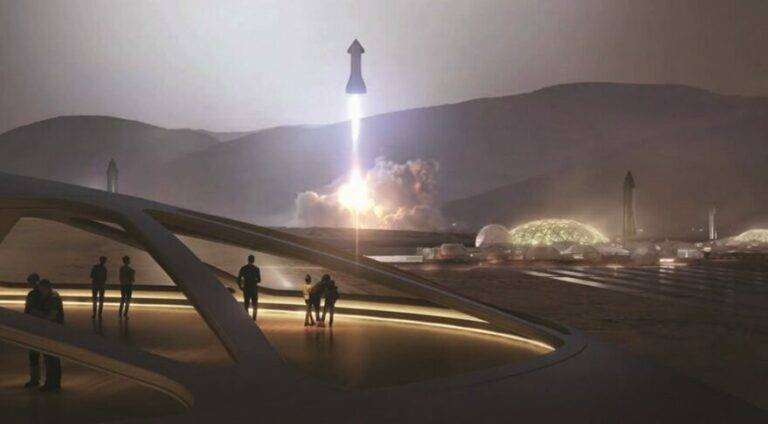 Elon Musk Says SpaceX Will Have Humans on Mars by 2026

On Tuesday, December 1st, Elon Musk, CEO of SpaceX, said that he is confident that his company will be launching a crew to Mars by 2026 and teased that it could even be sooner.

“If we get lucky, maybe in four years,” he explained during a virtual award acceptance and discussion with Mathias Döpfner, CEO of Axel Springer publishing house.

Musk had been awarded the annual Axel Springer Award, which company representatives explained is “given to outstanding personalities who are particularly innovative, and who generate and change markets, influence culture and at the same time face up to their responsibility to society.” During the discussion, Musk also announced that an unmanned probe is set to head to the red planet by 2022.

Background: Elon Musk, The Man, The Myth, The Legend

Founded in 2002, SpaceX designs, manufactures, and launches advanced rockets and spacecraft. SpaceX rockets and spacecraft were initially built to become reusable launch vehicles. Although a private company, Musk’s SpaceX also launches commercial and government payloads, including the recently launched Dragon spacecraft, to send NASA astronauts to the International Space Station. Now, their sights are set on Mars with a brand new vehicle known as the SpaceX Starship.

The SpaceX Starship prototype is about 170 feet tall. It will be attached to a giant rocket known as Super Heavy, both of which will be reusable. Super Heavy will return to Earth, while Starship will fly to Mars and back to Earth by using a powerful launch system built directly into the spacecraft.

Outlook: Why Elon Musk is a Bit Crazy and It May be a Good Thing

While SpaceX continues their development and testing phases for both Starship and Super Heavy, Musk stressed at the award ceremony that his “main focus is to ensure the technology is in place to allow a lot of people to go to Mars and make life interplanetary,” and that he thinks “it’s important that we aspire to have a self-sustaining city on Mars as soon as possible.”

“I want to help humanity become a multi-planet species,” he explained. With the recent SpaceX launch of Crew-1 and their working relationship with NASA firmly established, we may become Martians much sooner than we ever could have dreamed.