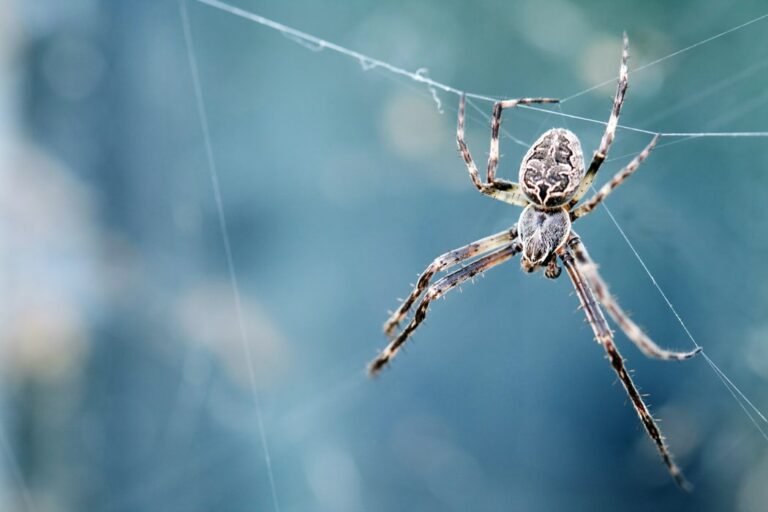 Spiderwebs are notoriously strong and resilient, while also making effective traps for insects unlucky enough to become ensnared in them. Still, little is known about the construction methods and geometries employed by these ingenious, eight-legged engineers, or at what stage during its construction the creature’s web acquires these amazing attributes.

Now, a team of researchers, led by Markus Buehler from the Massachusetts Institute of Technology, (MIT) has shown that these unique arachnid constructions achieve a level of strength, resilience and fly-catching ability at their earliest stages of their construction, while also increasing those attributes over time.

“Spiders are nature’s engineers that build lightweight and high-performance web architectures often several times their size and with very few supports,” states the team’s research paper, which was published in the journal Proceedings for the National Academy of Sciences, “however, little is known about web mechanics and geometries throughout construction, especially for three-dimensional (3D) spider webs.”

This lack of research inspired Buehler and his team to evaluate the facilities of a web, which is often five times stronger than steel by weight, from its first strands to its completed construction.

Analysis: What a Tangled Web We Weave

To perform their analysis, Buehler and his team employed a moving sheet and camera that automatically photographed slices of the tangled web built by its namesake spider Tidarren sisyphoides, more commonly known as the “tangle web” spider, over a seven day period. Once the library of photographed images was complete, the team used image processing algorithms to turn those 2D images into 3D web models. The team then ran a number of tests on their simulated webs, with a number of surprising conclusions.

First, according to the study’s press release, they were able to show that “the foundation of the web geometry, strength, and functionality is created during the first 2 days of construction, after which the spider reinforces the existing network with limited expansion of the structure within the frame.”

Second, the study states that “Projectile impact simulations showed that the web has a chance of catching prey at specific locations even during the first day of construction.” In short, the spider’s nascent structures were functional enough in their earliest stages to begin the process of catching insects for food while less than 14% complete.

Third, the team also determined that the construction of the web occurred non-linearly. According to the release, this means that they photographed “the spider weaving the foundation of the web during the first 2 days, and then more slowly reinforcing the structure with limited expansion within the initial frame.”

Finally, the team performed stretching simulations on their web models to determine the strength and resiliency of their simulated webs at different stages. According to the release, these tests showed conclusively that “the web structure includes redundancies that prevent catastrophic failure and allow easy repair even during the initial stages of construction.”

In effect, the spider’s web was able to catch food, resist stretching, and even avoid catastrophic failure very soon after construction began, and all because of the unique, non-linear method of construction and the silk’s inherent strength.

Outlook: Understanding the Engineering of Spiders

Considering the fact that spider’s web silk is among the strongest and most resilient substances found in nature, with one publication noting that it is “as strong as some steel alloys with a toughness even greater than bulletproof Kevlar,” the research team not only noted the scientific value in better understanding these amazing constructions, but the potential value across a range of sciences and fields.

“A better understanding of the biological and mechanical performance of the 3D spider web under construction could inspire sustainable robust and resilient fiber networks, complex materials, structures, scaffolding, and self-assembly strategies for hierarchical structures,” the study conclusion states, “and inspire additive manufacturing methods such as 3D printing as well as inspire artistic and architectural and engineering applications.”