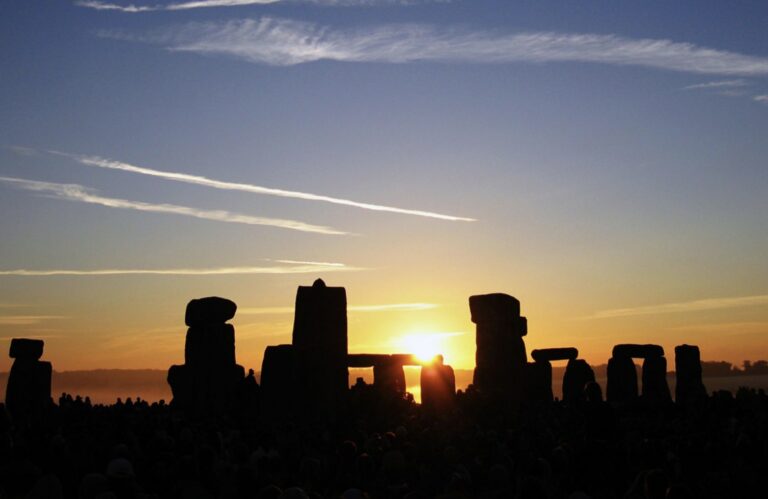 Today marks the arrival of the 2022 summer solstice, with the Sun reaching its highest point in the sky as seen from areas outside the tropics, resulting in the longest day of the year and heralding the arrival of summer.

The solstice is an occurrence that happens on Earth only twice every year. As the planet’s natural polar tilt toward the Sun reaches its maximum, it generally occurs in the summer months on or around June 21.

Borrowing from the Latin words sol and sistere (meaning “Sun” and “to stand still”), since ancient times people have long observed this celestial event, and rituals associated with it over time have ranged in focus from fertility and farming, to other forms of celebration.

Many ancient cultures in places like Northern and Central Europe appear to have planned their crops according to the arrival of the solstices. Some Neolithic cultures were also believed to have celebrated with the construction of massive fires, which may have been intended as representations in tribute to the powerful blaze the Sun usually delivers on this day.

Archaeological evidence in the form of stone circles and other ancient structures bearing celestial alignments also provides evidence of an awareness of the solstices among ancient observers. In some cases, even more impressive features than mere stone alignments have been located at ancient sites, which appears to convey how early people observed and studied the seasons.

In 1980, Ray White and David Dearborn, a pair of astronomers at Steward Observatory in Tucson, Arizona, were visiting the famous site of Machu Pichu as part of an Earthwatch expedition. While there, the researchers were involved in taking measurements of the orientation of windows in the site’s famous Torreon building.

During their studies, White and Dearborn found that the northeastern window of the Torreon is perfectly centered on the sun as it rises on the June solstice. In addition to this obvious solar alignment, they also noticed a straight, flat, vertical surface on an altar within the structure, oriented perpendicular to the northeastern window.

As proposed by astronomer E.C. Krupp, “the shadow of a weighted strand suspended in the window could be used in conjunction with the cut surface of the altar to establish the date of the solstice.”

Other famous archaeological sites around the world that are recognized for being aligned with the summer solstice include Ohio’s Serpent Mound, whose open mouth faces into the setting sun on this date, as well as England’s Stonehenge, which aligns with both the midsummer sunrise, as well as the midwinter sunset.

For those interested in learning more about the June 2022 Summer Solstice and its astronomical significance, be sure to visit EarthSky’s resource page, which provides a wealth of information on this annual celestial happening.