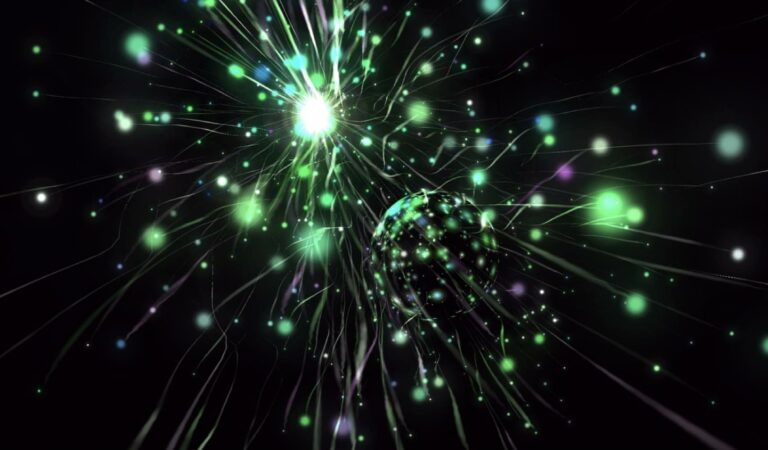 At a 4,000-meter-long lab facility more than a mile beneath Russia’s Caucasus mountains, an experiment involving close to two dozen metallic disks composed of a rare radioisotope has revealed an anomaly that could reshape our understanding of physics.

Although the description above may sound like it came right out of a scene from The X Files, what it actually describes is the setting for a recent experiment aimed at confirming the possible existence of a new elementary particle: the sterile neutrino.

The Baksan Neutrino Observatory is, without a doubt, one of the most unusual laboratories anywhere in the world. Existing below the Baksan River gorge in the Russian Caucasus, its construction began in 1977, and today it is home to a sprawling network of underground facilities that house an arsenal of technological wonderworks, including the Baksan Underground Scintillation Telescope (BUST).

Since 2019, the location has also been home to the Baksan Experiment on Sterile Transitions (BEST), a study being conducted within a 4,000-meter-long horizontal tunnel that runs below the slopes of Mount Andyrchi. An extension of tests that began in the 1980s as a joint research effort between the Soviets and the United States to measure solar neutrino flux, BEST researchers have spent several years working toward new physics insights that may even help to shed light on dark matter, one of the universe’s greatest lingering mysteries.

Now, according to a new scientific paper outlining the results of the ongoing experiment, confirmation of an anomaly that has long perplexed physicists could mean that science is closing in on confirming the existence of sterile neutrinos. That, or it may point to the possibility that something could be awry with our current understanding of the standard model of physics.

“The results are very exciting,” according to Steve Elliott, lead analyst with the Physics Division at Los Alamos National Laboratory, which works in collaboration with the BEST experiment.

“This definitely reaffirms the anomaly we’ve seen in previous experiments,” Elliot said in a statement released by Los Alamos National Laboratory. “But what this means is not obvious.”

At the heart of the mystery lies the sterile neutrino, a still-hypothetical particle that physicists recognize as being unique—if they exist—because of the way their interactions are only related to gravity, as opposed to other kinds of interactions recognized within the standard model.

Presently, neutrinos are known to exist in three types: the electron, muon, and tau. Previous experiments conducted in 2007 at the Fermi National Accelerator Laboratory in Batavia, Illinois, failed to locate evidence of a fourth variety of neutron. However, the results of the new BEST study may have once again shaken the foundations of the standard model, thereby reviving questions that linger about our understanding of physics.

“There are now conflicting results about sterile neutrinos,” Elliot says. “If the results indicate fundamental nuclear or atomic physics are misunderstood, that would be very interesting, too.”

In a recent study, BEST researchers found that the rates of production of a particular isotope, germanium 71, were found to be nearly as much as 25% lower than what is predicted under the standard model. The germanium 71 was produced with the help of a set of 26 disks made of another isotope—chromium 51—which served as a point of reactions between electron neutrinos and gallium.

This is significant because it aligns in terms of past observations of the anomaly that researchers first detected in the previous experiments that began in the 1980s. The Soviet-American Gallium Experiment, or SAGE, had also conducted tests with gallium and neutrino sources known to be of high intensity. The SAGE experiments had been the first to notice the so-called “gallium anomaly” recognized again during the recent BEST experiments.

Although more than one possible explanation exists for the anomaly, the oscillation of particles from electron neutrinos to their hypothetical sterile neutrino states is among the interpretations the researchers have considered. If this were proven to be the cause of the gallium deficit in both experiments, it would be significant because sterile neutrinos may be a component of the mysterious dark matter thought to exist throughout the universe, parts of which may consist of weakly interacting particles.

However, it remains possible that there may be other interpretations that could better explain the anomaly. Elliot and the Los Alamos researchers reviewing the BEST results have noted that one bit of information researchers currently lack involves measurements of the cross-section of electron neutrinos at energies comparable to those in the BEST and SAGE experiments. A possible avenue toward achieving such measurements might include unraveling another conundrum in physics: the temperamental electron density within the atomic nucleus, which has been proposed as a possible input for measuring the electron neutrino cross-section.

To help limit the chance of error, careful attention was put toward the use of the counting systems, as well as sources of radiation, their placement, and other elements in the experiment. Yet, given the possibility that certain theoretical inputs might remain in question, it may still prove that there are aspects of the physics at work in the experiments that will require rethinking.

Looking ahead, BEST may attempt to replicate the experiment with minor changes that include a different source of radiation, capable of producing shorter oscillation wavelengths based on its rate of half-life decay.

If the same observations of “missing” electron neutrinos occur in future experiments, as opposed to the predicted results according to the standard model of physics, it may indeed point to the reality of the long-sought sterile neutrino, and thus a deeper understanding of the subtle mechanics of our universe.