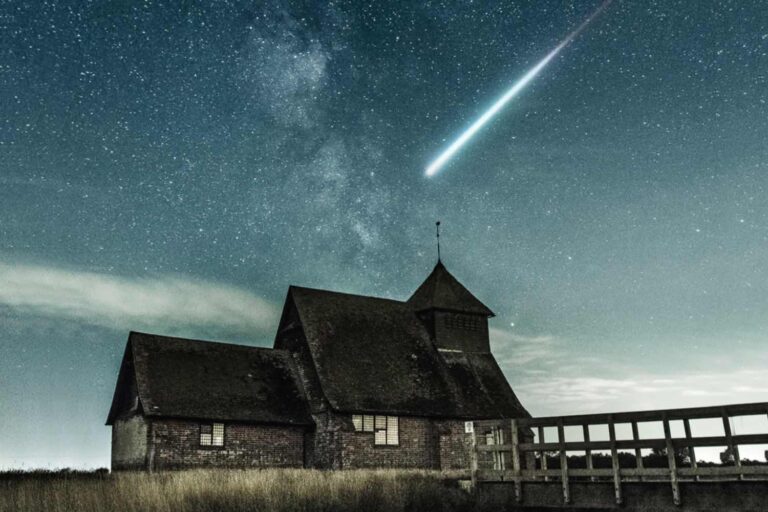 Skygazers in the Northeastern United States and Canada were treated to a light show on Sunday, as a bright fireball coursed through the late afternoon sky.

The brilliant display was reported by dozens of people, and likely had been observed by many others throughout the northeast.

According to data from the AMS, the fireball was observed as far north as Quebec, and by observers as far south as New York.

“Eyewitnesses in the NorthEast and Canada are reporting seeing a bright fireball this evening around 5:38 PM Eastern Standard Time,” NASA Meteor Watch posted on its Facebook page. “Analysis of their reports shows that the meteor occurred over northern Vermont, first appearing at a height of 52 miles (84 kilometers) above Mount Mansfield State Forest.”

The object, speeding toward the northeast at an estimated 47,000 miles per hour, covered a distance of around 33 miles as it moved through the upper atmosphere. The space rock appears to have burned up just 33 miles above the Beach Hill area in Orleans County, to the south of Newport, Rhode Island.

“We hope to refine the trajectory as more reports and hopefully some videos filter in,” NASA said.

“I heard the rumble in North Cambridge,” said resident Werner Bartlau, who thought he had been hearing F-35 aircraft passing overhead, “which a half dozen, or more did this morning.”

Others reported that the speeding meteor produced a sonic boom as it passed overhead.

“We heard a sonic boom followed by a dwindling rumble come from north by north east from here in the north east corner of Bristol,” said CJ Hudson, who added that he “thought it sounded a little abnormal.”

Shannon Lemley-Willis, a resident of Johnson, Vermont, said her children playing outside hear the rumbling, and described the noise like “big trucks crashing.”

How Much Oxygen is Already on the Moon?


Analysis Shows There May Be Enough to Support Earth’s Entire Population for 100,000 Years

Observers that were lucky enough to spot the burning fireball described it as multicolored, and extremely bright.

“I saw this at about 5:38pm in Hillsboro NH,” said Brian McGinn, who observed it “traveling Northeast before it burned up. Bright red, and orange, bright white right before it broke into pieces and disappeared.”

In Essex, Vermont, resident Misty Dawn reported that her son said, “I felt it run up my back and in my stomach,” and that her car “rattled under the vibration of the shock wave.”

Reporters described hearing or seeing the fireball over the course of several minutes, and some observers even commented on the long duration of the fireball. Others who watched it passing overhead said it was gone very quickly, and some reporters even described the object leaving multiple trails.

The sighting over the northeast was just one of several space objects that have recently had close encounters with Earth. Reports of similar sightings of meteors can be logged with the American Meteor Society at their website, as well as the NASA Meteor Watch Facebook page and its associated All Sky Fireball Network.