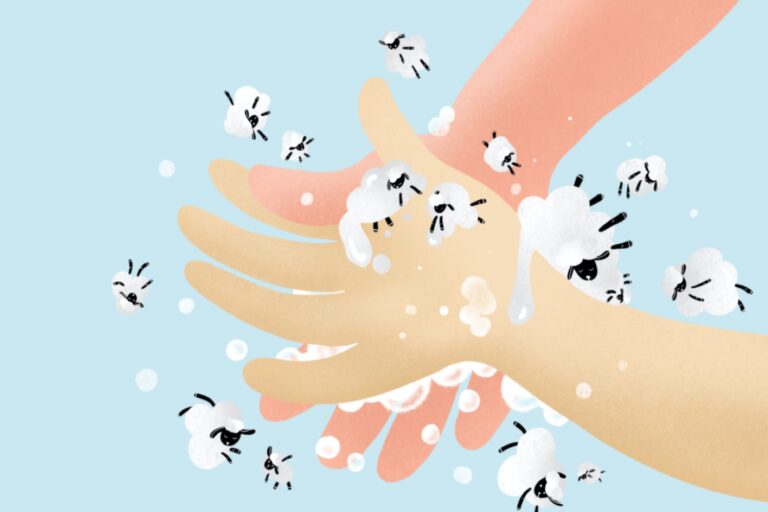 In the Spring of 1848, Ignaz Semmelweis was mourning the loss of a dear friend and colleague.

A Hungarian-born physician and scientist who had attended university in Pest and Vienna, Semmelweis received his doctorate in 1844. Thereafter he had been appointed an assistant at the obstetric clinic in the Austrian capital, whereafter he became quickly immersed in studies involving the problem of puerperal infection, also known as “childbed fever.” This involved the then-curious onset of infections of the female reproductive tract following childbirth.

The problem had long been an issue at hospitals and obstetric clinics throughout much of Europe, and theories about its cause ranged from ventilation issues to its possible association with lactation. In short, physicians of the day had no ideawhat caused heightened mortality rates among mothers who sought hospitalization for aid with childbirth.

Despite objections by his superiors, Semmelweis began to study the mystery infections, rather than believing it was simple a natural phenomenon that could not be prevented. Eventually, he developed the theory that students and physicians attending to women in labor might somehow be carrying something over to their patients; but what could this be, and how could something unseen—an invisible killer, in essence—prove so deadly?

On March 2, 1847, Semmelweis traveled to Italy with the express intent of distancing himself from the weight of the ongoing deaths at the clinic in Vienna. The women’s deaths troubled him greatly, and although the trip to Venice had offered a brief repast from the constant state of tragedy back home, on March 20, he returned to only to learn of more heartbreaking news: his colleague Jakob Kolletschka had just tragically died.

“I was immediately overwhelmed by the sad news that Professor [Jakob] Kolletschka, whom I greatly admired, had died in the interim,” Semmelweis later wrote.

Kolletschka, a professor of Forensic Medicine, had routinely performed autopsies on the women who died at the clinic, both for legal purposes, and often as a demonstration to medical students in attendance. During Semmelweis’s vactation in Italy, Kolletschka was performing one of these autopsies when one of the students accidentally sliced the professor’s finger with the same knife being used in the autopsy.

“I do not recall which finger was cut,” Semmelweis wrote of the incident. Nonetheless, the effect was severe. “Professor Kolletschka contracted lymphangitis and phlebitis in the upper extremity,” and soon died of the resulting febrile illness.

“I was still animated by the art treasures of Venice,” Semmelweis recalled, “but the news of Kolletschka’s death agitated me still more.” Despite his anguish, it was evident to him what had killed his colleague.

Although he knew of no cure for such ailments, Semmelweis observed that students returning from the room where they participated in dissections would often proceed directly to the maternity ward. Was it possible that the infections that had killed the mothers they studied were being carried directly back into the maternity ward with the students?

Once Semmelweis began instructing his students to wash their hands after leaving the autopsy room, the results were dramatic: mortality rates among mothers being treated dropped from 18.27 to 1.27 percent. Semmelweis couldn’t account for exactly why hand washing was so effective in reducing the deaths of women in the maternity ward, but the results had been obvious to many of the students, who quickly adopted the practice.

Such an innocuous discovery might have signaled a revolution in medical care and treatment; and yet, since no one could prove why hand washing actually worked, Semmelweis’s superiors remained critical of the idea. It would be years before the idea was more widely adopted, and the cost of the failure to recognize it had been the ongoing deaths of women from preventable infections incurred during childbirth.

Semmelweis’s story is one of many such lessons that the history of science can afford us. There is a discernible ebb and flow to the scientific process, and much like tides that recede and return again, many scientific concepts have a tendency to emerge, only to recede again into the cultural background before remerging at a later time—sometimes after the passing of decades—and finally gaining the foothold of acceptance.

The case of Semmelweis’s discovery illustrated above may be one of the best examples, particularly on account of what other scientists today have likened to the almost epidemiological nature of scientific ideas. It is a comparison made all-too-relevant by the recent coronavirus pandemic, a threat many experts had warned us about for decades.

In an April 2017 article featured at MIT News, Tomaso Poggio, the school’s Eugene McDermott Professor of Brain and Cognitive Sciences, made such a comparison where he noted that, “There’s this idea that ideas in science are a bit like epidemics of viruses.”

Poggio, who directs MIT’s Center for Brains, Minds, and Machines, reminds us that “There are apparently five or six basic strains of flu viruses, and apparently each one comes back with a period of around 25 years.”

“People get infected,” Poggio says, “and they develop an immune response, and so they don’t get infected for the next 25 years. And then there is a new generation that is ready to be infected by the same strain of virus.”

This, according to Poggio, is not at all unlike the ebb and flow of the scientific process, which he likens to people first becoming excited about an idea or discovery, and then getting “immunized,” after which the excitement dies down, and the discovery’s impact may gradually be overshadowed, or even forgotten.

It’s a novel proposition, and one that—as the case with Semmelweis illustrates—can also have grave consequences.

Many ideas with relevance to a broad range of scientific disciplines, comprising everything from medicine, to artificial intelligence, space travel, and beyond, have at one time or another been met with resistance. Nearly all innovative ideas seem unlikely in when first proposed, on account of the fact that truly unique ideas and applications often lack the support of precedent from earlier, similar successful concepts.

With The Belgorod, Russia Bulks Up its “Other,” Secret Navy

In a 2020 study by McKinsey & Company, a management and consulting company, more than 200 organizations across several industries were surveyed about how they believed their business would be affected for years to come by COVID-19. While many respondents noted that they expected the pandemic would have long term effects on the their businesses and the needs of their customers, another byproduct of the pandemic appears to be a decline in overall innovation.

“This decline in focus on innovation is evident across every industry we surveyed,” wrote authors Jordan Bar Am, Laura Furstenthal, Felicitas Jorge, and Erik Roth of the study. “Open interactive popup the sole exception is pharmaceuticals and medical products, where we see an almost 30-percent increase in the immediate focus on innovation.”

According to the authors, “Leaders face an important choice around supporting innovation-led growth in the short term, one that may have lasting consequences for their companies’ ability to grow in the years to come.”

“Our research suggests that playing it safe may be a shortsighted decision right now,” the authors conclude.

Much the same can be said of the ebb and flow of scientific progress, a kind of progress that is driven by innovation.

“In science, people fall in love with an idea, get excited about it, hammer it to death, and then get immunized,” said Tomaso Poggio in 2017. “[T]hey get tired of it. So ideas should have the same kind of periodicity!”

If the history of science teaches us anything, it is that future success is often reliant on innovations of the past. Among the most significant scientific discoveries are ideas which, more often than not, seem to be ignored before they finally saw widespread acceptance and implementation. Time also shows that, many ideas—perhaps as innocuous as washing one’s hands—had also been vital ones.

Shifting our focus to the present day, how many more ignored ideas might prove to be significant, or even lifesaving, like many “forgotten” ideas of the past? It is a question well worthy of consideration as we continue to work toward resolving the coronavirus pandemic and its long-term effects, as well as the potential for similar global threats in the years to come.