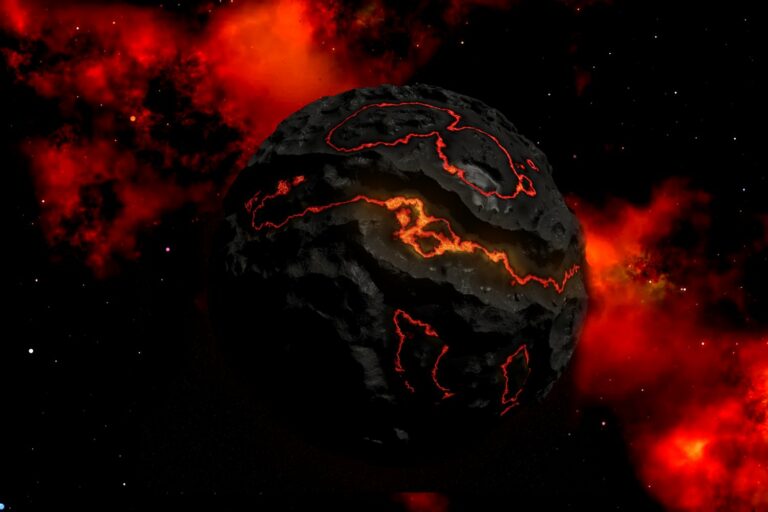 Gliese 486b, a Newly-Discovered “Super Earth,” Heats Up Exoplanet Studies

A gigantic Earth-like world discovered in the orbit of the nearby star Gliese 486 is lighting a fire under current exoplanet studies, according to researchers at the Max Planck Institute for Astronomy.

The planet, named Gliese 486b after the red dwarf star that serves as its sun, is a stony exoplanet which astronomers believe to be more similar in its terrestrial conditions to Venus than Earth.

Due to its proximity to its Sun, one year on Gliese 486b lasts less than two Earth days, which also effectively makes the exoplanet a massive burning ball of rock. Temperatures on Gliese 486b are believed to reach or possibly exceed 800° F, and through its rivers flow fiery streams of molten lava. And while conditions on the planet have been likened to that of Earth’s neighbor Venus, Gliese 486b likely has little atmosphere to speak of, if any.

The exoplanet was discovered by a team led by Trifon Trofonov with the Max Planck Institute for Astronomy, who along with his team believes that Gliese 486b is ideal for atmospheric studies in the years to come, through the aid of advanced imaging that will be provided by the James Webb Telescope, among others.

“Planetary atmospheres must meet specific prerequisites to observe them with next-generation observatories,” reads a statement that appeared at the Institute’s website. “The newly discovered planet designated Gliese 486b is a super-Earth with a mass 2.8 times that of our home planet. It is also 30% bigger than Earth. The scientists employed both transit photometry and radial velocity spectroscopy to obtain their results.”

Gliese 486b is roughly 26 light-years from Earth, which aided its discovery by scientists with the Calar Alto high-Resolution search for M dwarfs with Exoearths with Near-infrared and optical Échelle Spectrographs (a name which, rolling off the tongue as it does, is generally referred to simply as CARMENES).

“The proximity of this exoplanet is exciting because it will be possible to study it in more detail with powerful telescopes such as the upcoming James Webb Space Telescope and the future Extremely Large Telescopes,” Trifonov said in a press statement.

José A. Caballero, an astronomer with Spain’s Centro de Astrobiología (CSIC-INTA) who co-authored the paper, calls the discovery of the exoplanet “a stroke of luck.”

“A hundred degrees hotter and the planet’s entire surface would be lava,” Caballero says. “Its atmosphere would consist of vapourised rocks.”

However, despite the heat which Earthlings would find inhospitable, the planet’s temperature might be compared to a “Goldilocks” area as far as exoplanet studies (and not to be confused with similar terminology referenced in astronomy, which deals with the concept of circumstellar habitable zones).

“On the other hand, if Gliese 486b were a hundred degrees colder, it would have been unsuitable for follow-up observations,” Caballero says.

In the years to come, the researchers will be eagerly awaiting both new telescopes, as well as opportunities for spectrographic imaging as light from stars beyond Gliese 486b shine through its thin atmosphere—a technique known as transit spectroscopy—the wavelengths of which can then be studied and assessed by astronomers.

“Combined with the planet’s short orbital period and high equilibrium temperature,” the study’s authors write, “this terrestrial planet is suitable for emission and transit spectroscopy.”

Trifonov says he and his team can hardly wait for new technologies like the James Webb Telescope. “The results will help us to understand how well rocky planets can hold their atmospheres, what they are made of and how they influence the energy distribution on the planets.”

The new research by Trifonov and his team appeared in the journal Science, and a preprint version is available in its entirety at the Max Planck University website.