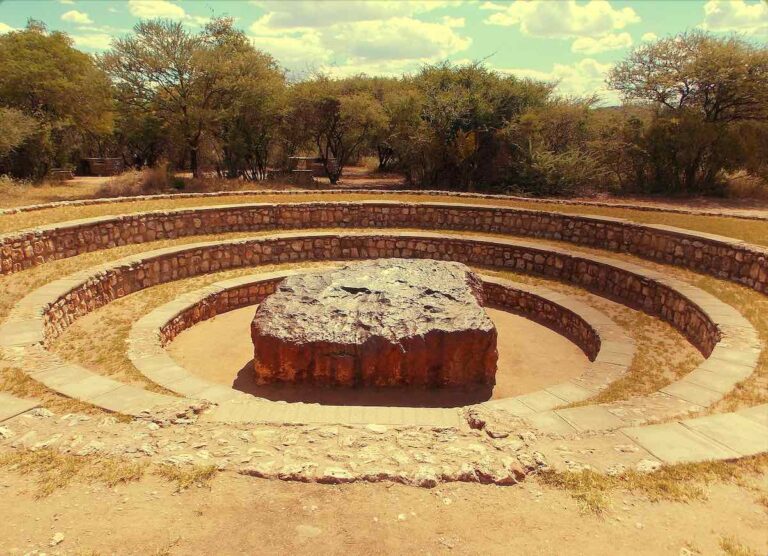 On April 6, 2022, the United States Space Command tweeted a formal letter to NASA confirming that a meteor identifiedin the CNEOS catalog by my student Amir Siraj and me in 2019 as originating from outside the Solar system based on its high speed, is indeed interstellar. The meteor detection on January 8, 2014 predated the first reported interstellar object, `Oumuamua, by almost four years and should be recognized as the first massive interstellar object ever discovered. The meteor paper was initially doubted because the uncertainties in the velocity measurements were classified. With the release of the confirmation letter, the government advances scientific knowledge by confirming the interstellar origin of this so-called CNEOS-2014-01-08 meteor at the 99.999% confidence.

In order to reach such definitive conclusions, the government employs a wide range of classified sensors both on the ground and in space. They constitute a missile warning system that monitors objects in the Earth’s atmosphere for national security purposes.  In 2020 a new agreement was signed between the Space Command and NASA, stemming from NASA’s congressional mandate from 2005 to detect nearly all asteroids that could threaten the earth. NASA acknowledged that it had fallen behind in its asteroid-tracking efforts and would need Pentagon resources to carry out its planetary defense mission. The recent bolide agreement also grants NASA access to light curve data.

Consequently, the letter was supplemented by data on the light curve of CNEOS-2014-01-08. The meteor fireball produced 31 billion Joules of light with a peak luminosity of nearly 0.3 terawatt. Given its estimated radiative efficiency of 7%, the total explosion power peaked at 4 terawatt, about a quarter of the global consumption by the world’s population.

The total energy released was about two percent of the energy in the atomic bomb that exploded over Hiroshima. The interstellar object disintegrated into a fireball at an altitude of 18.7 kilometers off the coast of Papua New Guinea, resulting in an unusual light curve with three flashes separated from each other by about a tenth of a second.

Given the observed meteor speed of 44 kilometers per second and the explosion energy, one can infer that it was about half a meter in size. Its measured direction of motion can then be used to calculate the altitude of the three flashes in the explosion and the ambient density of air where they occurred.

When a supersonic meteor moves through air, it is subject to a friction force on its frontal surface area. The force per unit area equals the ambient mass-density of air times the square of the object’s speed. This so-called “ram pressure” reflects the flux of momentum per unit area per unit time delivered to the object in slowing down its motion. The meteor disintegrates if the ram pressure exceeds the yield strength of the material it is made of, representing the maximum stress that can be applied to it before it begins to deform. The heat released by the friction with air melts the fragments and generates the flashes of light in the fireball.

Inspired by the release of the meteor light curve, I suggested to Amir that we calculate the ram pressure exerted on CNEOS-2014-01-08 when the flashes in its fireball light occurred. We translated the meteor light curve to a plot of the power released as a function of the ambient ram pressure. To our surprise, the disintegration of CNEOS-2014-01-08 occurred when the external ram pressure reached a value of 113 megapascals (MPa). This value is twenty times larger than the highest yield strength of stony meteorites and two times larger than that of the toughest iron meteorites. The first interstellar meteor could not have been a stony meteorite similar to most solar system asteroids.

Moreover, the 2014 interstellar meteor was definitely not a hydrogen iceberg, a chip of frozen nitrogen or a fluffy dust cloud, as suggested by models attempting to explain the anomalies of the 2017 interstellar object, `Oumuamua.

The required material strength for CNEOS-2014-01-08 suggests a composition tougher than that of iron meteorites or else it would have not survived the ram pressure down to an altitude of 18.7 kilometers where its brightest flare was observed. The last flare occurred at a ram pressure of 194 MPa, implying that the yield strength was in the range of 113-194 MPa.

Of course, this result does not imply that the first interstellar meteor was artificially made by a technological civilization and not natural in origin. Iron meteorites make about a twentieth of all space rocks arriving on Earth. Their composition consists of 90-95% iron with the remainder comprised of nickel alloys, including trace amounts of iridium, gallium and sometimes gold. In principle, an interstellar meteor could deliver exotic abundances of heavy elements, depending on the proximity of its birth place to a supernova or a merger event of two neutron stars.


New research suggests that gravitational waves may help unravel questions about the current rate of expansion of our universe.

In our 2019 discovery paper, Amir and I inferred CNEOS-2014-01-08 to be moving at nearly sixty kilometers per second outside the Solar system, twice faster than the characteristic speed of stars in the so-called “Local Standard of Rest” of the Milky Way.  In our new paper we took account of the meteor slowdown in the atmosphere and found that its speed was initially larger than the value measured from the fireball deep in the atmosphere by twenty kilometers per second. If the meteor was natural in origin, then this high initial speed suggests gravitational ejection from a deep potential well, such as found in the interior of a planetary system, within the orbit of a Mercury-like planet around a Sun-like star. Alternatively, the meteor could have been a technological object propelled by artificial means.

The best way to decipher anomalies is to gather additional data. We are currently planning an expedition to Papua New Guinea where we could scoop the meteor’s fragments from the ocean floor. Studying these fragments in a laboratory would allow us to determine the isotope abundances in CNEOS-2014-01-08 and check whether they are different from those found in solar system meteors. Altogether, anomalous properties of interstellar objects like CNEOS-2014-01-08 and `Oumuamua, hold the potential for revising conventional wisdom on our cosmic neighborhood. The expedition to the ocean floor around Papua New Guinea will illustrate metaphorically how scientific evidence expands our island of knowledge into the ocean of ignorance that surrounds it.