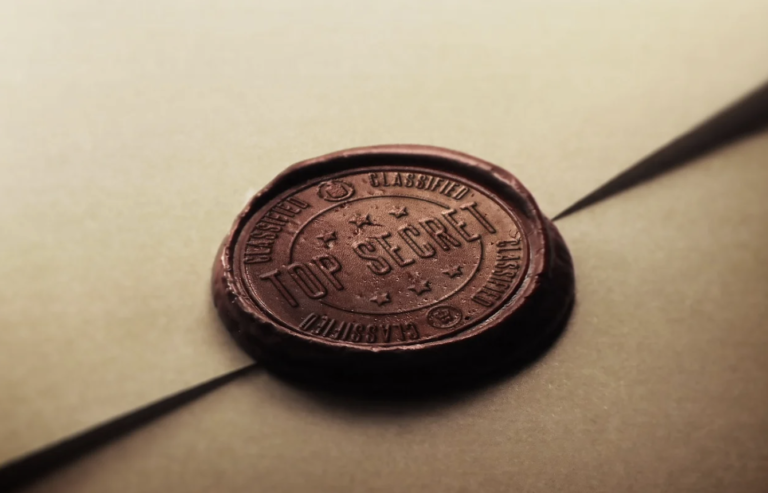 Since 1967, the United States has had a system in place known as FOIA, the Freedom of Information Act. In theory, it provides nearly unfettered access for citizens to official government records. Exceptions to this access can be declared if the records fall into one of nine categories where such a release could compromise personal privacy, national security, or other sensitive data. Many states have created additional laws along these lines offering similar access to official records at all levels of government.

This well-intentioned law frequently functions as intended, allowing journalists, regular citizens, and even the courts to expose information about the activities of the government that might have otherwise not made it into the public eye. But the FOIA system is far from perfect for a few reasons, and requestors are frequently frustrated by their inability to obtain the documents they seek. Many such cases should be readily understandable because, particularly in the case of older files, records can legitimately be lost, damaged, or misclassified over the years, resulting in a FOIA response stating that “no records responsive to your request exist.”

But for those who spend a good deal of time inside of the FOIA labyrinth, it seems fairly obvious that not every rejection is necessarily quite so innocent in nature. Contrary to the beliefs of some in the ufology community, the United States Government is actually quite good at keeping secrets when it wishes to, and they have entire armies of people dedicated to maintaining those secrets, even in cases where it seems as if the information should legitimately be available to the public. Today we will look at a few of the more odious examples of potential misbehavior inside the FOIA process and I will propose some potential remedies to the situation.

MISADVENTURES IN THE QUEST TO UNCOVER GOVERNMENT SECRETS

If you’re searching for someone who has encountered nearly every imaginable pitfall in dealing with the FOIA system there are likely few better candidates than John Greenewald jr., the proprietor of The Black Vault. Greenewald has been combing federal government records through FOIA since 1996 and has accumulated more than three million pages of documents in his archive. But not all of his searches have been fruitful and some of the government’s responses and explanations seem dubious at best.

For one prime example, John investigated reports of an encounter between American Airlines flight 2292 and some sort of UFO in February of 2021. Over the course of his investigation, Greenewald learned that the FBI had been looking into the matter, so he submitted a FOIA request for any applicable documents they might have. The FBI FOIA agent informed him there were no responsive records, which obviously seemed odd. But the story took an even stranger twist when he learned that a nearly identical request from a different submitter had resulted in the FBI delivering the documents John had been looking for. Did someone at the FBI fail to conduct an adequate search or simply look in the wrong place? Or were they deliberately attempting to shield the information from him? We have no way of knowing, but the system clearly broke down somewhere.

In another case stretching over a period of years, the Black Vault sought hundreds of pages of documents relating to UFOs from the National Security Agency (NSA). Greenewald eventually received them, but the documents were so heavily redacted that the majority were almost entirely black with the exception of a few words here and there. After requesting a Mandatory Declassification Review (MDR) with the NSA, John was informed that the agency was no longer able to locate the original, unredacted documents, despite the redacted versions being publicly available in their online reading room.

As I’ve mentioned in the past, the NSA is clearly so good at keeping government secrets that they have managed to keep the information secret from themselves, assuming they are telling the truth. I ran into a similar experience while researching the case of pilot Thomas Mantell earlier this year. I found one document with some interesting hints that might lead to additional information, so I submitted a FOIA request to the Air Force requesting the original document and any others related to it. But even upon appeal, I was informed that they had no such documents, even though I had sent them a copy of it which came from their own archives. The experience was frustrating indeed.

The last of these roadblocks faced by the Black Vault that we will mention here, and potentially the most egregious, arose in response to John Greenewald’s attempts to obtain from the Pentagon some of Luis Elizondo’s emails from the period when he was running the AATIP program for them. It was quite the odyssey. John submitted multiple requests and was assured that a thorough search of all the emails produced no responsive records. But later in the process, he was informed that no such records existed to be searched. After asking for clarification, it was confirmed that Elizondo’s emails had been destroyed, far ahead of when it should have happened (if it ever should have happened at all) and while an active investigation into them was underway. It certainly appears as if someone at the Pentagon was seeking to thwart the FOIA process, which would be a violation of federal law if that’s what happened.

One of the most stunning examples of a seemingly clear effort by a government agency to intentionally thwart the FOIA process brings us back to the halls of the Federal Bureau of Investigation. A father and son team of treasure hunters had spent years researching the story of a large shipment of gold that mysteriously disappeared back in the 1860s when it was being transported from Ohio to the mint in Philadelphia. They believed that they had tracked it down to a rural plot of land in northwest Pennsylvania. Their metal detectors indicated a large mass of metal below the ground. The site was on public land, however, so they had to seek permission to excavate from the government.

Rather than hearing back from the Bureau of State Parks, they were instead contacted by the FBI. The feds announced that they would excavate the site themselves and in 2018 they proceeded to do so. The men were forced to wait in their cars and were not allowed to watch. Neighbors reported seeing a continuing line of dump trucks and excavation equipment going back and forth from the park well into the night. The next morning the men were informed that the dig had come up empty and they were invited to go up and look at an empty hole. They were immediately suspicious for obvious reasons.

The treasure hunters took the FBI to court and submitted a FOIA request for any records related to the dig. The FBI’s first dubious response was that there were no such records. The Justice Department didn’t buy that answer either and demanded a review. The Bureau then came back and said that they did indeed find records, but they were not subject to FOIA requests, an equally nonsensical response. Following yet another challenge, the FBI admitted they had located 2,400 pages of records and 17 video files, but said they would need to review them prior to releasing anything, a process that they claimed would take “years.”

The St. Clair Triangle UFO Incident of 2000: A Fresh Look

Keep in mind that we’re not talking about dusty old records from the 1940s. This was an event that only happened a couple of years earlier. And what sort of sensitive information justifying a redaction or rejection of the request could be involved with going out into the woods and digging a hole in the ground that they insist contained nothing but dirt? (It’s also worth noting that one document did emerge revealing that the FBI had sent their own metallurgist out there with advanced metal detectors who reported that they had detected a “large metallic mass” under the ground that potentially weighed several tons.) Is there any reasonable explanation for this roadblock being placed in the way of the investigation other than the suggestion that the FBI is deliberately hiding something and intentionally thwarting the FOIA process to keep their secret?

THE ROOT OF THE FOIA PROBLEM AND POTENTIAL SOLUTIONS

How many citizens have submitted FOIA requests to the government only to receive a “no records found” response and shrug their shoulders and go away when responsive documents actually existed? We’ve simply seen too many examples of this sort of activity to deny that while many FOIA officials in various branches of the government clearly do the best jobs they can and try to follow the law, there are some who almost certainly do not and actively work to hide information that should, by law, be released to the public. Stepping back a bit from the situation, there appears to be a rather obvious explanation. The task of cooperating with all valid FOIA requests is placed in the hands of people inside of the very agencies that are being asked for the release of the material. And those with something to hide can drag their feet or even give false answers in order to maintain those secrets if it suits their purposes. We likely see more of this in the search for UAP information than in most other subjects of study, but it can and does happen across the board, as the FBI example above seems to suggest.

So what could be done about it? There may actually be a ready solution at hand that would only require minor revisions to the law. I would propose that all FOIA officials be assigned from a pool of candidates who are completely outside of and independent of each agency, perhaps even coming from the civilian world, provided they can pass the applicable security clearance requirements. This should be a confrontational process, not a collaborative one.

If that is too much of a change, another idea would be to move all FOIA responsibilities to the Inspectors General offices of each applicable agency and office. No officials anywhere in the government ever enjoy hearing that an IG review is on the way because the IGs are, by design, completely independent. Military and intelligence agencies could save the money they spend paying FOIA officials and transfer that part of the budget to the IGs to prevent a massive budget increase. At that point, we might at least have an improved chance at transparency and a more efficient way of preserving and making available all appropriate government records.

The opinions expressed here are those of the author and do not reflect the position of The Debrief.