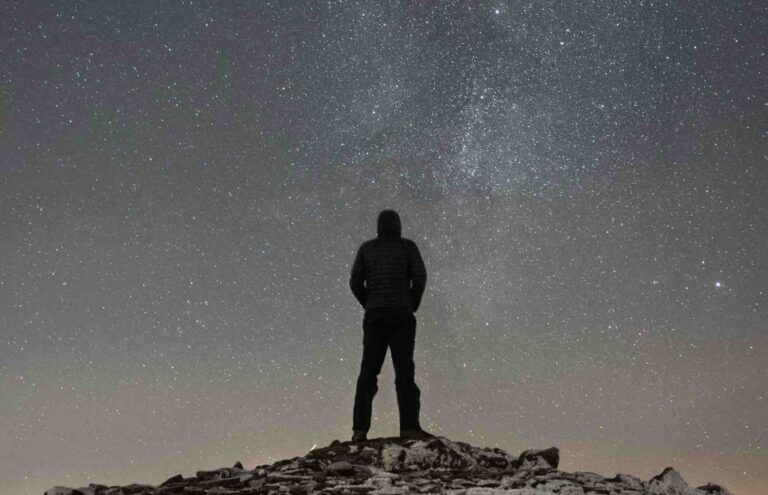 On January 8, 2014, an object the size of a basketball crashed into Earth, about a hundred miles off the coast of Papua New Guinea. Its friction against air generated a fireball carrying a few percent of the Hiroshima bomb energy. The material this object was composed from must have been tougher than iron since it disintegrated low in the atmosphere, only 18.7 kilometers above the Pacific Ocean, where the stress exerted on it was huge because of its unusually high velocity of 44.8 kilometers per second.  The high speed implied that it came from outside the Solar system, and even there it was an outlier – moving faster than most local stars. Was this first interstellar meteor, CNEOS-2014-01-08, an unusual rock ejected from the vicinity of an unusual star or was it a technological relic from another galactic civilization?

The only way to find out the answer is by scooping its fragments and studying their composition in the laboratory. The work of curiosity-driven scientists.

I have assembled a team of scientists dedicated to the mission. We triangulated the impact location, identified a boat and the machinery needed for scooping the ocean floor near Papua New Guinea. The main task remaining is to raise a couple of millions of dollars necessary to fund the expedition.

The company Snowcrash was inspired to help out by developing non-fungible tokens (NFT) to crowdsource financial support for the expedition. NFTs are the latest incarnation of trading cards for sport heroes.

Which leads me to the question: how would a card representing our civilization trade when compared to the large collection of cards for all civilizations that existed since the Big Bang in our cosmic neighborhood?

First, a few words about the valuation metric. A civilization should be valued higher, the bigger is the fraction of its Gross Domestic Product (GDP) dedicated to science. This is for the simple reason that evidence-based knowledge allows a civilization to cope better with the challenges it faces, including diseases, environmental catastrophe, and space travel. Performing better on this scale implies better prospects for longevity and legacy. Scientific knowledge is key to exponential growth in developing new technologies that help.

But there are two other key elements. One is the spirit of exploration. A civilization that is fully immersed in wearing goggles and enjoying virtual realities without venturing into the vast space that lies beyond the surface of the planet it was born on, will be vulnerable to single-point destruction by a catastrophic event. The second key for Darwinian survival of the fittest is to focus on constructive rather than destructive goals. The scientific knowledge about the atomic nucleus can be used to solve the energy crisis of humanity through safe nuclear reactors, but can also lead to global annihilation through a nuclear World War.

A curious and constructive civilization which is focused on increasing its scientific knowledge base by exploring the unknown in space, would be the winner in the Galactic contest of trading cards. Less fortunate players with weak trading cards, spend most of their time on the bench and never get invited to play on the court as members of the “dream team”.

Of course, we could choose to compensate for bad behavior and sitting on the bench by self-overvaluation of our trading card. Social media can be used effectively to ridicule the notion that there are better players around, to avoid the search for them because their existence sounds like an “extraordinary claim” and to promote self-inflicted ignorance by not funding the quest for other trading cards. The reality of this approach might have already reduced the value of our own trading card on the Galactic scene.

Here’s hoping that the scientific expedition to Papua New Guinea will get funded and demonstrate to our neighbors that we can do better.

The sound of the Universe knocking on our door was already heard through the seismometer signal recorded on Manus Island in Papua New Guinea in 2014. Humanity must open the door to new knowledge. Our cosmic trading card will continue to lose value if we cannot convince ourselves to invest the modest effort needed for the task. We must lift our body from the comfortable sofa in our living room, and instead of asking Fermi’s question “where is everybody?” from there, just walk to the front door to find the answer.

Is it so difficult to act intelligently?