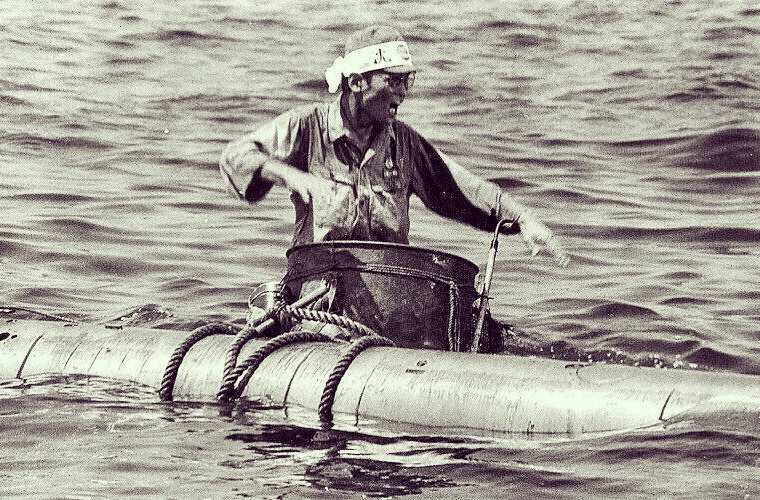 The Top Secret “Manned Torpedo” Seemed Like A Good Idea at the Time?

One of the more curious episodes in military technological history is the 20th-century venture into manned torpedo technology. Working in secrecy, various developed nations worked to create a torpedo variant that featured an onboard pilot. While never used on a large scale, manned torpedoes indeed appeared in combat. Yet, the concept has never entered the military tech “mainstream” and has been widely forgotten–a weapons development tangent, with a brief hey-day during World War II.

First appearing in 1909, the manned torpedo concept is simple: a piloted, propelled submarine carrying an explosive of some sort. A British naval officer first patented the idea. Still, the Italians first demonstrated such a machine’s military potential in 1918 on a daring early morning raid with unproven technology.

Riding the Mignatta–a tiny, primitive, propeller-driven submarine that required its users to hang on from the sides–Italians Raffaele Rossetti and Raffaele Paolucci entered Pola harbor surreptitiously and attached limpet mines to the hull of what they believed was the Austrian battleship Viribus Unitis (actually, the battleship had been transferred to the State of Slovenes, just hours before, and was now the Jugoslavija). The delayed explosion of the limpet mines enabled a dramatic encounter.

Rossetti and Paolucci, who did not have a breathing apparatus, had to keep their heads above water. After attaching their mines, the Italians were spotted and captured by the crew of the Jugoslavija.

The two men found themselves dragged aboard the ship they had just rigged to explode.

Urgently, the Italians informed the ship’s crew about the mines set to explode at 6:30 am. The vessel was evacuated, but when the explosion did not occur at 6:30, the Jugoslavija’s crew reboarded the ship, convinced they had been lied to.

The limpet mines detonated at 6:44, sinking the Jugoslavija and killing between 300 and 400 of the crew. Rossetti and Paolucci survived. And their manned torpedo suddenly seemed like a viable weapon.

By World War II, multiple Navies were funding top-secret manned torpedo projects. The Italian Navy, likely inspired by the Jugoslavija sinking a generation before, was the first to create a practical, functional World War II era manned torpedo–the Maiale. Electrically propelled to a top speed of 3 knots, the Maiale was operated with a crew of two. The crew wore diving suits and relied upon an oxygen rebreathing apparatus. Submersible to 98 feet, the Maiale was typically launched from a conventional submarine and driven toward a target. Once arriving, the crew would detach a warhead from the Maiale and attach the warhead to the target’s hull. Missions were conducted on nights, under new moons, to avoid detection. In 1941, the Maiale successfully damaged the HMS Queen Elizabeth, the HMS Valient, and the Sagona. The British, inspired by the harm inflicted upon them by the Maiale, began developing their own model: the Chariot.

Ultimately, two Chariot models were produced, the Mark I and the Mark II. The primary visual difference between the two models was that the crew sat enclosed within the hull of the Mark II, whereas the Mark I crew sat exposed, like men on horseback. Battery operated, the Chariots were slow. With a limited range, they had to be delivered close to their target. The project was plagued with equipment failures and never achieved the success of the Italian Maiale. Still, the Chariot did experience a fair amount of action.

In January 1943, multiple Chariots were deployed in Palermo harbor. Sinking the Italian cruiser Ulpio Traiano and damaging the troop-carrying Viminale, the British lost eight charioteers to death or capture. Only one Chariot was recovered from the mission.

Only once did a Chariot mission achieve total success–in 1944, when the British sank two Japanese ships off the coast of Phuket, Thailand. The Chariot was later developed into the X-Class submarine, a small 50-foot submarine, a craft too big to be designated a manned torpedo.

Whereas the Mignetta, Maiale, and Chariot had detached mines for placement on target hulls, the German-made Neger (and later Marder) actually fired a torpedo. At a length of 24 feet, the Neger did not submerge but instead floated along the surface, like a crocodile. Directly beneath the Neger, running perpendicular to the hull, was a torpedo, which looked very similar to the Neger itself (minus the cockpit and pilot).

The Neger pilot was housed in a transparent dome atop the torpedo. The pilot navigated with a wrist compass and used a self-contained breathing device–although seawater washing over the dome made for atrocious visibility.

The Neger proved itself a dangerous vehicle for the pilot. While not intended as a suicide weapon, in practice, it often was: about 80 percent of Neger pilots were killed in action. While the vessel often capsized, the main hazard was the torpedo. The pilot launched the torpedo with a simple lever. Once initiated, the launching process could not be reversed, and jams were common. The torpedo would fail to detach from the hull and drag the vessel and its pilot with it to its detonation point.

The U.S. Navy has Laid Development of its Hypersonic Railgun to Rest

Despite the operational hazards, the Neger occasionally proved successful. In 1944, while German forces still had access to the Allied invasion fleet at Normandy, two notable Neger assaults were conducted. In the early morning of July 6th, 24 Negers deployed. The Negers sank two British minesweepers, the HMS Magic and Cato. Yet, only nine Negers returned. Two nights later, 21 Negers deployed. Spotted in the moonlight–the manned torpedoes were attacked–but managed to sink another minesweeper and ruin a Polish cruiser.

Towards the end of World War II, the Japanese Navy began using a manned torpedo, too–the Kaiten. However, the Kaiten was distinct from its contemporaries: it was a suicide-craft–like the Kamikaze aircraft or Shinyo boats.

A full 54 feet long, launched from a submarine or surface vessel, the Kaiten looks like a conventional torpedo–only it carries a person in addition to its 3,300-pound warhead. Early designs of the Kaiten allowed the pilot to escape just before impact, but this feature was dropped later. So, once inside, Kaiten pilots could not escape or communicate–they could only hope to locate their targets before running out of fuel; they were not returning from the mission, regardless.

The Kaiten achieved modest success. Americans credit the Kaiten with sinking the USS Mississinewa oil tanker and the USS Underhill destroyer escort, killing a combined 187 American sailors. Yet, throughout the Kaiten program, 106 pilots died–a high cost for such limited returns.

One by one, manned torpedo programs were abandoned for more functional, reliable alternatives. Today, the only remaining vestige of the concept can be seen in crewed submersible swimmer delivery vehicles, like the US Navy SEAL SDV. Electric and tiny, with riders hanging from the side, SDVs are challenging to detect. Used to transport SEALS and their equipment on clandestine missions in denied access areas, the SDV is reminiscent of the Italian Mignetta, deployed so brazenly 100 years ago.