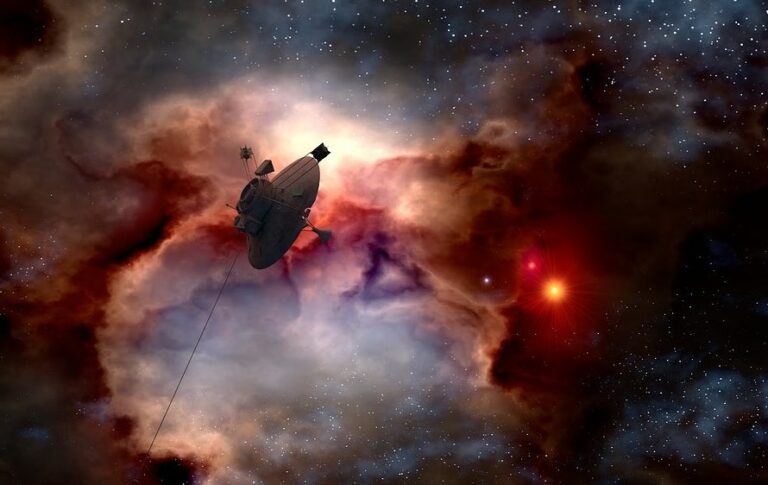 Mind the Gap: A Lesson in Cosmic Stoicism

Charles Darwin’s principle of natural selection can be extended to the cosmos. In other words, the fittest species would survive also on the grandest stage of the entire Universe. If we were to find space objects of an extraterrestrial technological origin, most of them might look like defunct trash, just as the Voyager spacecraft would appear in a billion years. After retrieving the billion-year-old Voyager analog, we would put it in a museum.

Subsequently, historians will discuss the commonality between our society and the one that manufactured the relic. The experience of finding technological trash among all the comets and asteroids we often find in our sky would resemble tracing a punctured plastic bottle among all the natural rocks on a beach.

But we might also find at least a few “diamonds in the rough.” These would represent precious objects that are functioning in an extremely rare and insightful way. It is possible that very advanced civilizations dominate the cosmic scene by delivering most of the goods to our doorstep, just like Amazon delivery services. Since we never ordered these goods, our response will depend on how advanced are the delivered gadgets relative to ours.

Imagine cave dwellers visiting New York City for their first encounter with modernity. Upon returning to their caves, it would be impossible for them to reproduce what they saw. The city sightings would become a source of awe and myths for generations within their culture. In order to bridge the large technological gap, they will need to establish technological infrastructure and scientific understanding that they have no access to. The encounter with the “Big Apple” will not bring the cave dwellers any closer to reproducing what they saw through reverse-engineering it.

With this metaphor in mind, our response protocol to an encounter with extraterrestrial equipment must depend on the technological gap that it represents relative to our current technological and scientific infrastructure. If the gap is modest, then we can develop a “student-student” or “student-teacher” relationship with the senders, through which we learn from the encounter. But if the gap is huge, then we will not be able to reverse-engineer what we find and it will simply be a source of awe and myths in our culture. We should be prepared for this outcome; as I tell my Harvard students on the first day of classes, “half of you are below the median of your class. It would be prudent to get used to this statistical fact – which applies to any class.”

Of course, we would rather encounter a small gap since it will not threaten our ego and would allow us to have a two-way conversation without a sense of inferiority. But if the gap is huge, then the relationship would resemble the interaction between ants on the sidewalk and a pedestrian passing by.  The ants are not the main player on stage and they better not overthink how to engage because the outcome of the interaction would not be dictated by the protocol they adopt.

The bottom line is that we should “mind the gap”, namely our engagement protocol with extraterrestrial intelligences must be sensitive to the technological gap between the two sides. We can hope for a large abundance of small gap encounters, just like being students of a new class and wishing that the other students would be at our level, so that we would feel good about ourselves. But we should always contemplate the possibility of a much brighter student in the room, whose performance looks like magic – triggering awe from the entire class.

The Stoics developed the proper attitude toward the large-gap encounters in our life. Their approach to the challenging matters of life and death acknowledges reality but is not fearful of its consequences. As the Hasidic Rabbi Nachman of Breslov said, “the whole world is a very narrow bridge, and the main thing to recall is not to be afraid at all.”

During a recent forum, I asked the former Secretary of State Henry Kissinger the following question: “if we find extraterrestrials, how do we play “realpolitik” with them when we know nothing about their society?”

Henry replied, “This is a very good question. If we ever establish contact with an extraterrestrial society, we should make huge efforts to get into some dialogue to understand their perception of what they are facing and what needs to be done, and then see to what degree it is compatible with our perception, including artificial intelligence and cyber technology.”

“Our civilization might not survive if a war is conducted to the limits of each side,” Kissinger added. “We should prepare to analyze issues as they arise and understand, as is the case with Russia or China, how do other societies view reality, what can we learn and what do we want to achieve after understanding them in a general context.”

These are the words of wisdom offered by a 98-year-old politician about interstellar realpolitik. We might do well to remember them, too, as they may become even more relevant in the not-too-distant future.