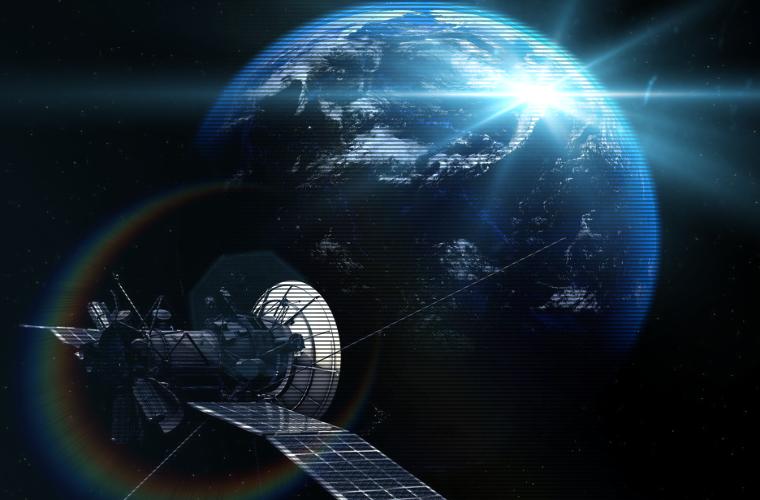 The Space Force Doesn’t Talk About UFOs, But New Legislation May Force It To

Last week, The Debrief reported that legislation contained within the FY 2022 National Defense Authorization Act called for the establishment of a permanent office to address “unidentified aerial phenomena” or “UAP,” more commonly known as UFOs. However, contained within that same bill, now on the floor of the House of Representatives, is a much more intriguing section concerning the Space Force, and its classified sensor data.

With countless classified sensor systems in Earth’s orbit, the Space Force is literally the “eye in the sky.” If something anomalous and weird is going on up there, it stands to reason that the newest military branch has data on it. Now, it may be forced to declassify that data.

BACKGROUND: The Space Force Sees Everything?

In December 2019, The United States Space Force was formally established and funded as the 8th branch of the US military. General John W. “Jay” Raymond, is the current Chief of Space Operations and sits as one of eight members of the Joint Chiefs of Staff, junior to the Vice Chairman and Chairman of the Joint Chiefs of Staff. The Space Force stated mission is to train and equip space forces in order to protect U.S. and allied interests in space.

Within that stated mission are the capabilities to monitor, track and ultimately categorize space objects to provide warfighters a clear picture for Space Command and Control (C2).

“You can ask some people and they will say space is already a battlefield, similar to cyber.” Dr. Travis Blake, a former Senior Manager at Lockheed Martin who now runs the Physical Sciences division at Kairos Ventures and an expert in Space Domain Awareness, told The Debrief earlier this year. “That has been the case on land, sea, and air, and will be true in space. As soon as someone wants something that someone else has that is seen as required for national sovereignty and advancement above peer countries, fights usually start.”

Significant portions of the Space Force’s sensors and data collection tools have remained in the shadows, but the 2022 NDAA may change all that.

However, contained in section 1603 of the act, is a directive from the Armed Services Committee to the Chief of Space Operations to review each classified program managed under the authority of Space Force to determine if:

This review is to be conducted no later than 120 days after the enactment of the NDAA.

Additionally, the Chief of Space Operations may also have to submit a report identifying each program managed under the authority of Space Force and a timeline for implementing classification changes or declassifications

As the Space Force is a newly established entity, the command structure is not readily available for public consumption.  However, the Joint Chiefs of Staff developed and published Joint Publication 3-14 Space Operations to provide guidance to plan, execute, and assess joint space operations.

Contained within the publications Executive Summary, space operations would include Intelligence, Surveillance, and Reconnaissance assets including “overhead persistent infrared (OPIR), is conducted by an organization’s intelligence collection manager to ensure integrated, synchronized, and deconflicted operations of high-demand assets.”

Furthermore, the document reads, that the Commander of the United States Space Command will maintain Command and Control (C2) through the National Space Defense Center, to integrate the multiple agencies and intelligence personnel for a unified space defense.

In basic terms, the American space-based intelligence, surveillance, and reconnaissance assets, which are managed by the Space Force, are about to be reviewed for down classification and potential declassification. It is not often you read legislation calling for highly sensitive classified programs to be placed into a lower classification level for wider dissemination.  It’s almost unheard of for those same programs to (looks over left and right shoulder) become declassified.

OUTLOOK: UFOs and The Space Force

Our space-based capabilities have been some of our most guarded secrets for decades. As of May, 2021, the US Department of Defense and various intelligence agencies operate upwards of 170 (known) satellites. Many of these are dedicated intelligence/reconnaissance mission-oriented.

The data collected by these satellite-based intelligence collection platforms are often hidden behind a Top Secret / Sensitive Compartmentalized Information (TS/SCI) program. If a TS/SCI program is down classified to Secret or Unclassified, it will allow for a wider dissemination across the Department of Defense and Intelligence Community.

Ultimately, our warfighters will have imagery and potentially other sensor system information that was never available to them previously. However, for those interested in the UFO topic, this could be exciting news.

Back on March 22, 2021, John Ratcliff, former Director of National Intelligence, stated on Fox News Primetime, that UFOs have been observed by US satellite imagery collection platforms.  Director Ratcliff further stated that he “wanted to get this information out and declassified before [he] left office” but was unsuccessful. These were surprising words, since American space-based sensors operated by the intelligence community follow a similar “Fight Club” rule. You just don’t talk about them.

It is not hard to imagine that if UAP are buzzing around our skies, they most definitely are being detected by highly sensitive satellite systems. It is not a stretch to suggest that these detections have been going on for some time now, and that elected officials that sit on the various intelligence and defense House and Senate committees have been provided TS/SCI briefings on UAP, some of which is undoubtedly coming from systems that now fall under the C2 of Space Force sensors.

If compartmented programs are down classified to Secret, the data will be easily shared with our international allies through existing mechanisms as directed under Sec. 1652, which was highlighted last week.  Information that is Secret can be sanitized to the unclassified level and released to the public much easier than SCI. Furthermore, if the programs are declassified, then the data will be available for public release.

The Space Force has always played coy concerning the topic of UFOs, but if the bill passes, it is likely that they will be fielding a lot of requests concerning black triangles and flying saucers.

Bob served as an Intelligence Analyst in the Marine Corps. He earned his Bachelor of Arts in Criminology from State University and his Juris Doctor Degree from Suffolk University Law School.  You can find him on Twitter: @SnakePo9.