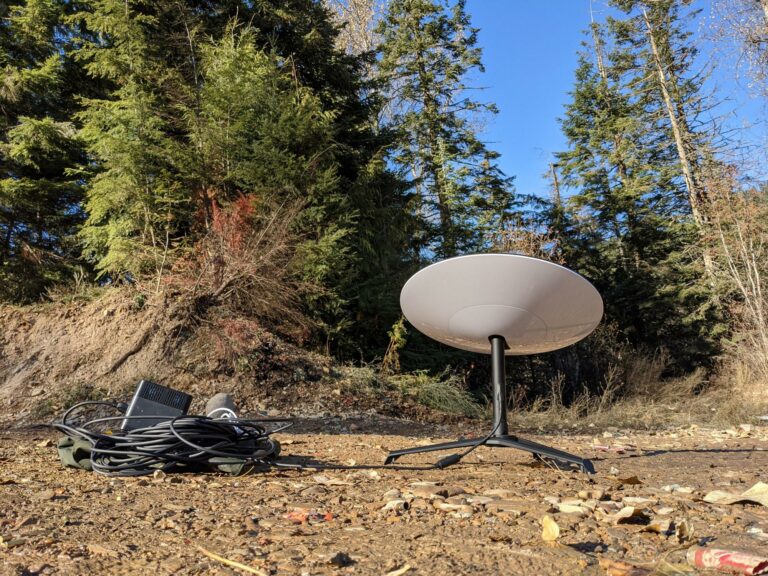 
Low-orbit satellite internet can be weaponized against authoritarian states, and those regimes are getting jittery.

As low-orbit satellite internet providers, such as Elon Musk’s Starlink, begin testing their services, security analysts recognize the potential disruption these systems could cause to authoritarian regimes as people start accessing an open and uncensored internet. In countries like Russia, China, and North Korea, where information dominance and control are essential to the regime’s survival, low-orbit internet satellites could pose a significant challenge.

“I think that these satellites provide an opportunity for democracies to turn the tables a bit on authoritarian regimes by providing low cost or free access to information via these satellite systems,” Michael Schwille, a senior policy analyst at RAND who has expertise in information warfare, told The Debrief.

Countries like Iran, Russia, and China allocate significant resources and energy to control how information disseminates across their respective nations. People, especially dissidents, attempting to access the open internet and communicate across that internet is difficult inside those countries.

These low-orbit internet solutions pose a problem for dictators because state regulators can’t control them, and they can offer internet in the most remote areas of the planet.

Starlink CEO Elon Musk told reporters in 2016 that China and its internet laws were a big concern for his company.

“If they get upset with us, they can blow our satellites up, which wouldn’t be good. China can do that. So probably we shouldn’t broadcast there,” he stated in a 2016 interview. Recently China has said they will launch their own constellation of 10,000 low-orbit internet satellites called StarNet to rival Starlink.

Russia has already begun contemplating laws to make Starlink illegal. The Russian government stated it would fine individual users 10,000 to 30,000 rubles (about $200-$400 USD) and larger entities close to a million (around $12,000 USD) rubles if caught using the service.

Russia’s space chief Dmitry Rogozin, in August of 2020, said that Starlink is “a rather predatory, clever, powerful, high-technology policy of the USA, which uses Shock and Awe in order to advance, before all, their military interests.” Rogozin publicly stated the more humanitarian aspects of Starlink, in that it would provide internet access to people living in remote areas, “nonsense.”

Like Iran and North Korea, other nations, who monitor and censor their internet, have been less vocal concerning satellite internet services. However, there is little reason to believe they would be any less warm to the idea of an open internet.

These low-orbit satellites are relatively close to the Earth, and only a few hundred kilometers from the surface, compared to large telecommunications satellites that sit around 35,000 kilometers away. This allows for the terminals to access these near-Earth satellites to be pretty small and portable. A Starlink dish, for example, is about 19 inches in diameter or about the size of an extra-large pizza, and it only weighs a couple of pounds.

According to Schwille, this makes them easy to smuggle, set up, and tear down quickly. These small ‘internet-in-a-box’ systems require no real estate, and they need a simple electrical source to operate.

Ultimately, it is feasible for users to quickly bypass any state’s internet controls and gain access to an open web. Moreover, users could place calls over the internet or via chat services, knowing that their conversation is not being tracked or monitored.

“I see that access to information as a powerful tool in a democracies tool kit,” Schwille explained. “For too long, we have been getting hammered by authoritarian-sponsored attacks on U.S. institutions and populations via targeted disinformation campaigns.”

The inherent problem with the internet in democratic nations is that most of it is unfiltered. Ideas exist in a reasonably open environment, and misinformation and disinformation can be quickly spread. The open internet can therefore be used against democratic states by their adversaries. For example, Russia was able to easily influence the results of the 2016 U.S. Presidential election and the Brexit campaign. Analysts have called this “democracy’s dilemma.” The critical issue is that the very openness of the internet can be weaponized to erode the foundations of democracy.

However, Schwille points out that systems like Starlink may be a good way for democratic states to fight back. “What authoritarians fear most is access to unfiltered information,” he told The Debrief.

Schwille points to the “Dictator’s Dilemma” and asserts that authoritarian regimes do not want “non-regime narratives” reaching their citizens, nor do they want any communication to occur outside of approved and monitored channels.

Schwille suggests that democracies worldwide could “talk up” these low-orbit satellite internet options and create a global narrative. As that narrative reaches people in authoritarian states, the regimes will be forced to take action, allocating additional time and energy to another battle they may not necessarily have the war chest to fight. Or, they may be forced to be more open with their internet services.

Democracies could create messaging to target potential users in authoritarian states, and Schwille envisions a narrative that promotes the concept.

“‘Look how the internet will now be provided across all parts of the U.S., from the Appalachian mountains to the Alaskan wilderness. Now all Americans can have cheap access to information, no matter where they live,'” his adlibbed marketing pitch stated. As this message spreads, people all over the world will begin to take notice.

“They could also talk it up throughout the development community. How [internet service] could be provided to sub-Saharan Africa at reduced prices,” Schwille explained. “You plant the idea that this technology can be used anywhere, by anybody. Is there an implied threat there for dictators? I would say yes.”

A low-cost internet service accessible in remote areas would make a very compelling narrative and, as Schwille explains, develop a potent “underlying threat” an authoritarian regime would have to deal with.

Moreover, Western democracies are well known for information warfare. During the Cold War, typewriters and Xerox machines were smuggled into Eastern Europe to help increase the dissemination of uncensored information.

“Smuggling in capabilities to produce, replicate and disseminate information are all well documented,” Schwille expressed. Simply put, these satellite systems are small enough that smuggling hundreds of them across a border would be straightforward. Schwille noted that any such act would escalate tensions with the regime.

“While you could smuggle in these satellite systems and pass them around for use by dissidents, we argue for a more nuanced approach,” he concluded.

The “threat” of these devices entering a regime’s borders and the spreading ‘free internet’ narrative would be enough to help leverage power against an adversary. Oddly enough, it would be warfare based not on active disinformation or deception but on simply providing access to information.

OUTLOOK: A Starlink in Every Regime

Schwille argues that this all boils down to whether democratic nations and companies like SpaceX will work together to use this technology to challenge authoritarian leaders. In an attempt to balance the scales against regimes who manipulate the free internet to erode democratic ideals via active disinformation, democracies could fight back by flooding authoritarian states with access to the very internet they weaponize.