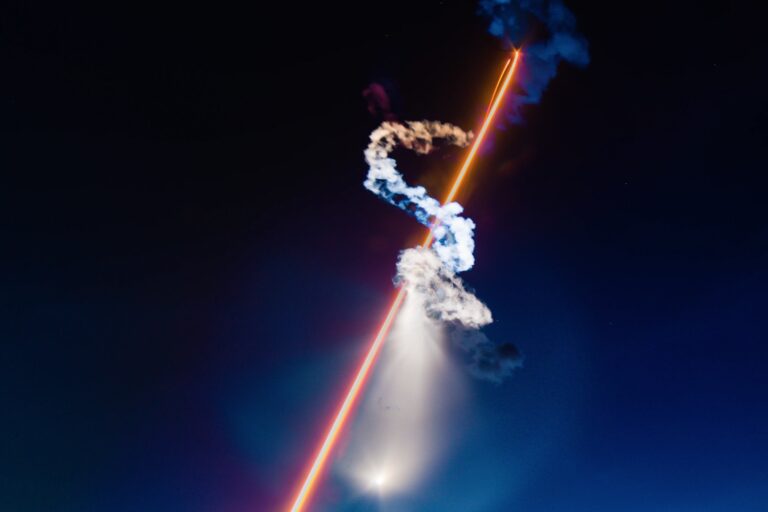 The Air Force Research Laboratory recently published a report urging officials in the United States Space Force to prepare for action in the areas surrounding Earth and its moon, hypothesizing that it could soon become the next point of global military interest.

Cislunar space refers to the region of space between Earth and its moon, with translunar space referring to what lies beyond the two celestial bodies. The idea of creating an American military presence on the Moon is not a new one. In 1959, the U.S. army published Project Horizon, a study on the practicality of creating a military base in order to “protect potential United States interests on the moon.” The plan was extremely ambitious, with the end of its roadmap proposing a fully operational lunar base by 1967 at the latest.

The building plans were also products of their time. With the nuclear warheads, claymore mines, and various metallic building materials it entailed, this no doubt would have cost a tremendous amount to deliver to the lunar surface. While modern off-world living space designs are often simplistic and designed for efficiency and low cost of launch, the Project Horizon bases were to be outfitted to the max, out of fear of a Soviet attack from Earth. The project never proceeded past its feasibility stages, as President Dwight D. Eisenhower rejected it.

The United States Space Force (USSF), established December 2019, is currently the only independent space force worldwide and is a branch of the U.S. Military. While a militarized space program had originated during the Cold War, it wouldn’t see significant military use until the Vietnam War, where the Air Force Space Command provided support to United States troops through satellite communications. Former President Donald Trump in 2019 would sign the United States Space Force Act, creating the organization as it is known today and setting the pace for its future operations.

Analysis: Space Force Gets a Primer

The Air Force Research Laboratory (AFRL) released their “A Primer on Cislunar Space” to the public in late June, with the report specifically being directed towards military personnel–particularly the Space Force–to begin developing plans to expand the force into the cislunar area. Up until now, the entirety of the USSF’s operations have been conducted on Earth or in its geostationary range, which is where satellites sit in orbit, but the primer states that this range of interest will begin to increase tenfold as space operations from the U.S. private and public sectors begin. The report is comprehensive and technical, detailing the effects of the celestial bodies’ gravity and orbits as well as sensors used to effectively monitor the region.

The AFRL’s goal with the report was to “educate and inspire”, according to Director of Space Vehicles Directorate Col. Eric Felt. The Space Force and NASA have since entered an agreement of cooperation regarding cislunar technological development, a more recent example being the space monitoring experiment “Cislunar Highway Patrol System”.

The report suggests that as space technology continues to develop and the reality of space colonization efforts grow closer, competition between nations will become inevitable. It acts as an attempt to begin to understand the national security risks that will undoubtedly arise as world powers begin to extend their range of influence outside our biosphere. It could be reasoned that whoever can control the space surrounding Earth may be responsible for the security of everyone who lives on it… an idea that surely is not going to be left up to the private sector.

The roadmap originally posed by Project Horizon was incredibly unrealistic, especially for its time, but the U.S. is beginning to approach its end goals and will likely have reached them by the end of the decade.

Systems to sustain life on the Moon have been in development for years, and they are beginning to reach the point where proper proof of concepts are being produced. Humans living permanently outside of Earth is close to being reality, and with it poses a question not easily answered: Who will own the Moon, or even space?

The report would suggest that it would be in the United States’ best interest to be ahead of the curve when it comes to cislunar influence, however, not all would share the same belief. The Space Force has been an object of criticism since its recent inception, with American progressives in particular having a disdain for the program, and even writing letters to current president Joe Biden to target the USSF specifically with military budget cuts. It is often criticized as a tool to militarize space, with any country doing so undoubtedly posing serious threats to the national security of everyone on Earth, suggesting instead to treat the final frontier as a space to test human cooperation rather than might.

Given its proposed nuclear defense system, it is clear that one of Project Horizon’s primary goals in its creation was to be an inherently military effort. Horizon was proposed in 1959, ten years before anyone would ever walk on the moon’s surface.

While a Space Force may seem silly in the year 2021, it is likely that it will be instrumental to the future national security of any nation that should develop one. However, since we haven’t even reached the point where we can begin to colonize off-world yet, perhaps a better aim would be to focus on working together to get there before we start trying to figure out how to use space as a battleground.