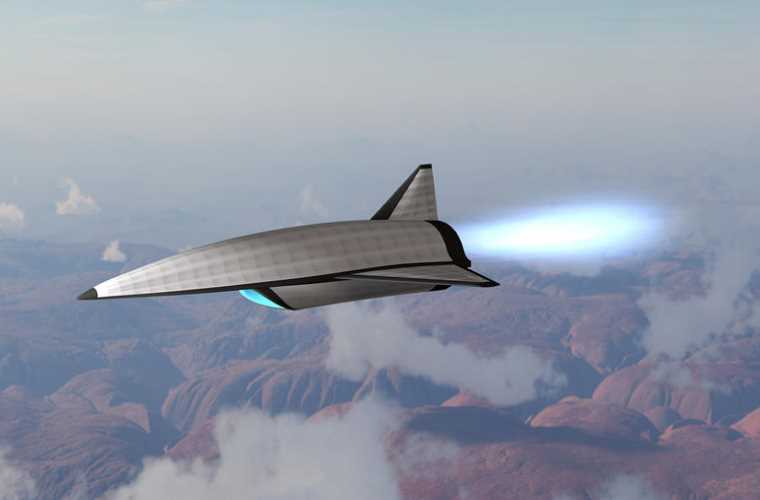 The U.S. Air Force is Preparing to Unleash Hypersonic Mayhem

The Air Force Research Labs (AFRL) have selected a strategic partner to develop their hypersonic Mayhem surveillance drone. A leading defense contractor, Virginia-based Leidos, will use the $334 million awarded by the AFRL to design and develop a first in its class hypersonic drone to conduct long-range surveillance activities in the most dangerous parts of the world.

Part of the AFRL’s Expendable Hypersonic Multi-mission ISR (intelligence, surveillance, and reconnaissance) and Strike program, Mayhem will fly higher and faster than any reconnaissance aircraft in history, including the famed A-12 Oxcart and SR-71 Blackbird piloted aircraft.

As recently as the 2010s, hypersonic planes, missiles, and drones were fanciful concepts facing numerous technological challenges on the road to viability. Since then, numerous advances in the technologies needed to support hypersonic combat systems have steadily matured to the point that most analysts think there will be numerous hypersonic weapons and surveillance platforms in use as soon as the end of this decade.

In December 2020, The Debrief reported on the Department of Defense awarding Battelle Memorial Institute nearly $50 million to “support the manufacture of thermal protection materials that can withstand extreme hypersonic environments,” including the extreme temperatures and friction aircraft traveling five times faster than the speed of sound must endure.

“The urgency to meet and exceed near-peer capabilities in hypersonic weapons systems has elevated the importance of solving the daunting scientific and engineering challenges that have made reliable flight at hypersonic (Mach 5+) speeds elusive,” Battelle said at the time.

In September of this year, The Debrief reported on the Air Force’s selection of the Hypersonic Attack Cruise Missile (HACM), an air-breathing scramjet, to be delivered by Raytheon Missiles & Defense and its partners Northrop Grumman Corporation.

“With advanced threats emerging around the globe, the Hypersonic Attack Cruise Missile will provide our warfighters a much-needed capability,” said Wes Kremer, president of Raytheon Missile & Defense at the time of the Air Force award.

Now, Leidos has entered the fray, as their hypersonic Mayhem drone could offer a surveillance capability not seen since the retirement of the SR-71 in 1998.

Since the Air Force retired the SR-71, the military branch has suffered from a critical blind spot when it comes to long-range surveillance operations. Much of that has been patched over by a growing force of surveillance satellites, but they still face limitations associated with targeted surveillance activities.

As far back as the 1950’s such surveillance operations were flown by the infamous U2 spy plane until it was shot down over the Soviet Union in 1960. The CIA filled in some of those gaps with the A-12 Oxcart, which like its sister craft, the Blackbird, could travel faster than Mach 3 and over 85,000 feet in altitude. Still, those platforms were both piloted by humans, increasing the risk of another incident like the 1960 U2 shootdown.

If successful, the hypersonic Mayhem drone will finally close that surveillance gap. And along with the ability to fly significantly faster (at least Mach 5) and higher (exact altitude expectations have yet to be released, but most project over 100,000 feet in altitude) than the A-12 or the SR-71, Mayhem will be a drone, meaning no American will be put at risk flying over sensitive facilities or active battlefields.

The first Phase of Mayhem Will Deliver Prototype-Ready Design Package

The first of the awarded AFRL funds, $24 million in total, is allocated for System Requirements Review (SRR) and Conceptual Design Review (CoDR) in a Digital Engineering (DE) environment.

Could Depression Be Linked to Certain Proteins in Our Food?

“To deliver the next generation of air-breathing hypersonic system, we’ll leverage our years of investment, knowledge, and success in the hypersonic field,”  said Leidos’ Dynetics President Steve Cook. “Our team is prepared to undertake this vital mission for our nation.”

According to the press release, Leidos will focus on designing and developing a large-class version of the hypersonic Mayhem drone “that surpasses current air-breathing systems in range and payload capacity” by using digital engineering software and design tools “to help future development and transition.”

To accomplish their first round goals, Leidos will partner with leaders from both industry and academia, including Calspan, Draper, and Kratos Defense & Security Solutions, Inc. Serving as the System Design Agent (SDA), Leidos says this support team “will forge partnerships between the government, industry, and academia” with the express aim of delivering the cutting-edge research and development required to “design and prepare a production-ready technical data package to produce prototypes.”

The expected delivery of that data package is at the end of the 51-month program or sometime in 2027.