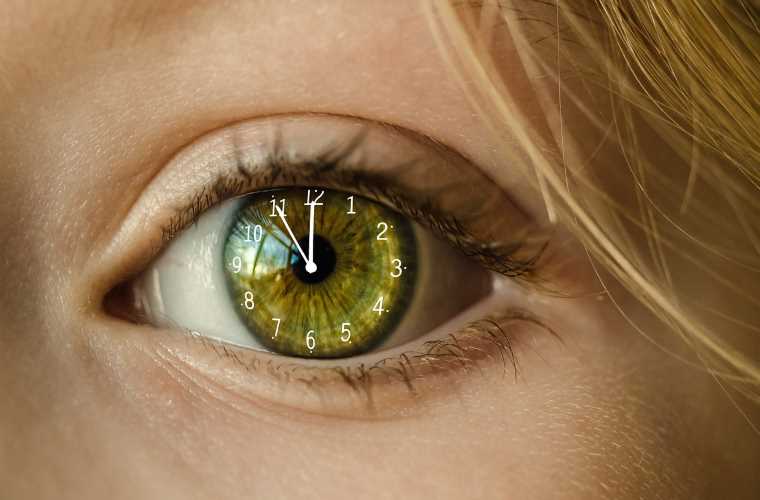 The Perception of Time is not Universal Even Among Humans

The perception of time is not the same for all living things, allowing some species–including people–to visually observe things faster than others, according to new research.

Described as temporal perception, new research shows that animals who fly, are extremely small or hunt in water are able to perceive more frames per second than larger, more land-based animals. The same meta-study also notes that certain humans may have better temporal perception than others, allowing them to perform jobs or tasks others are less equipped to perform.

“The ability to interact with the environment depends on the ability to perceive it,” the researchers write in their study abstract. “Perhaps one of the most fundamental examples of this is the rate at which an animal can perceive the changing world or its temporal perception.”

Led by Dr. Kevin Healy from the University of Galway, the researchers analyzed the rate at which animals perceive time using the results of well-accepted flickering light experiments from a number of different studies. These flickering light experiments, which measure what researchers term ‘critical flicker fusion frequency,’ involve flickering lights on and off at ultrafast frequencies and then measuring the response of the optic nerve using a device called an electroretinogram. The resulting measurement reveals at what speed the animal can detect the flickering of the light until it becomes so fast that its optic nerve simply senses the light as continuously on.

Far from a simple curiosity, the researchers point out that the ability to perceive time faster than others can convey a distinct evolutionary advantage.

“Having fast vision helps a species perceive rapid changes in the environment,” Dr. Healy explained. “Such detailed perception of changes is very useful if you move quickly or need to pinpoint the trajectory of moving prey.”

Perception of Time May Depend on Where You Live and Hunt

Following a detailed analysis of previous flickering light experiments, the researchers found a number of interesting patterns in the data. For example, very small animals, particularly certain flying insects and birds, possess a perception of time that would make even The Flash envious. Furthermore, animals with what the researchers termed fast-paced lifestyles “had visual systems that can detect changes at higher rates.”

“Some species, such as aerial predators, are expected to require higher temporal abilities compared to species with sedentary ecologies,” they explain, an expectation that was confirmed by their test results.

For example, the animals with the fastest perception of time were blowflies and dragonflies, clocking in at a truly astounding 300hz, meaning they were able to see changes 300 times a second. Humans, on the other hand, typically perceive time at a rather pedestrian 65hz., or about one-fifth the rate of dragonflies.

The fastest vertebrate tested belonged to the rapid-moving pied flycatcher, a bird that sports an impressive critical flicker fusion frequency of 146hz. Salmon clocked in at 96hz, while dogs perceived time only slightly faster than humans, at around 75hz.

According to the researchers, the “slowest eyes” belonged to crown-of-thorns starfish at 0.7hz. Also, according to researchers, examining critical flicker fusion frequency rates from a number of different species was particularly informative.

“By looking at such a wide range of animals, from dragonflies to starfish, our findings show that a species’ perception of time itself is linked to how fast its environment can change,” explained Healy. “This can help our understanding of predator-prey interactions or even how aspects such as light pollution may affect some species more than others.”

Some Surprising Findings Include Aquatic Predators and Humans.

In their work, which is expected to be presented on December 20th at the British Ecological Society’s annual meeting in Edinburgh, the researchers say they uncovered a few unexpected findings. For example, many terrestrial predators that rely on quick reflexes to survive have relatively slow time perception compared to their aquatic counterparts, whereas aquatic predators were much faster than expected.

“Any Idea What They Are?” American Pilots Report Multiple Encounters with Unusual ‘Racetrack’ UAP in Recent Weeks

As for the reasons behind the variance in the perception of time across species, the researchers note that along with the fast lifestyle and environmental concerns noted above, some animals have slower rates due to the conservation of energy.

“Not all animals have fast temporal perception as it’s energetically costly and limited by how quickly neurons linked to retinal cells in the eye can recharge,” they explain. “Animals that don’t require rapid vision use this energy for other requirements, such as growth or reproduction.”

In one particularly interesting study, the researchers found that time perception can vary within a particular species, including humans.

“Some studies [suggest] that in football, goalkeepers see changes at a higher rate,” the press release announcing the research explains. And, they add, it appears that “consuming coffee can temporarily boost this by a small amount.”

So, the next time your boss asks you what is taking you so long, tell them it’s not your fault; it’s just because you missed your morning coffee.

Christopher Plain is a novelist, comedian, and Head Science Writer at The Debrief. Follow and connect with him on Twitter, and learn about his books at plainfiction.com. Or email him directly at christopher@thedebrief.org.