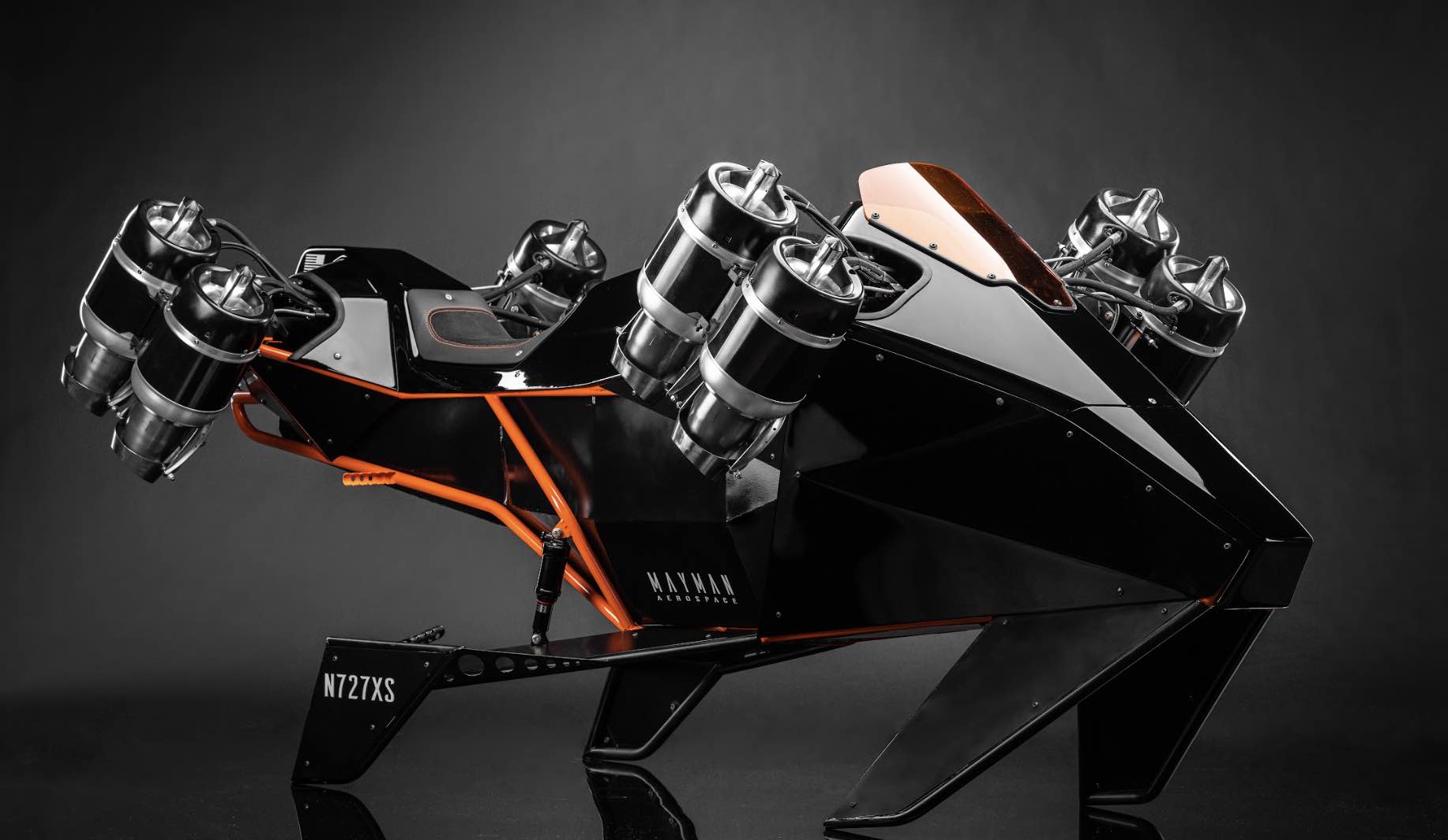 A new line of aircraft set to be the fastest and most powerful micro vertical takeoff and landing (VTOL) air utility vehicles ever built is currently under development, with models that include both autonomous and piloted “motorbike” aircraft for civilian and military applications.

Currently still in the flight-testing phase, the Speeder is showing promise as the company moves toward full production of what it bills as “an entirely new disruptive category” of air utility vehicles.

Jane Stanbury, a spokesperson for the company, told The Debrief in an email that the company’s origins stem from Mayman’s desire to expand on JetPack’s growing enterprise. In 2015, the entrepreneur successfully flew one of the company’s personal JetPack aircraft around the Statue of Liberty, which resulted in several parties reaching out to him about the prospect of expanding their production designs to include small aircraft capable of carrying slightly heavier payloads.

“This led to the evolution of the Speeder and its development,” Stanbury told The Debrief.

The size of a motorcycle, the Speeder aircraft is designed for use in a variety of high-performance missions, with max airspeeds exceeding 450 miles per hour and the ability to carry payloads up to at least 1000 pounds within a range greater than 500 miles.

The company has had multiple uses in mind as Speeder has undergone development and testing, which range from cargo delivery and firefighting support capabilities, to disaster aid and recovery, medevac support, and military applications. However, Stanbury also says that there will a number of uses that cater to more general civilian interests.

“Eventually, Speeder may also become a means of personal transportation,” Stanbury says, although she adds that this is not one of the company’s short-term areas of focus.

In recent days, several other aerospace companies have undertaken VTOL aircraft designs, including Horizon Aircraft, whose hybrid-electric Cavorite X5 will reach top speeds of 280 mph. Although possessing a larger passenger capacity, such designs will have limited multi-use applications compared with the current Speeder prototypes.

Graduates of Y Combinator, the startup accelerator that has launched companies that include Coinbase, Dropbox, Reddit, and Twitch, among others, Mayman Aerospace’s lead investment is from Draper Associates and Skype co-founder Jaan Tallinn, with a total investment to date exceeding $6 million.

Physicists Claim Wormholes May Have Been Detected, with Help from a New Theoretical Model

Presently, Mayman Aerospace is working in cooperation with the Department of Defense on potential military applications for the Speeder, as well as a number of civilian components to collaborate on the development of mission-specific configurations that will allow these air utility vehicles to be customized for all of its potential field applications.

However, Stanbury says that even more central to the company’s mission than providing small, formidable new aircraft to the DOD and other buyers, Mayman Aerospace hopes to fundamentally change the current aviation industry with the introduction of its unique aircraft designs.

“Today the mission is to change the way we think about personal flight,” Stanbury said, “and provide options that fulfill these changing needs.”

This article was updated with additional quotes from spokesperson Jane Stanbury on January 9, 2023.