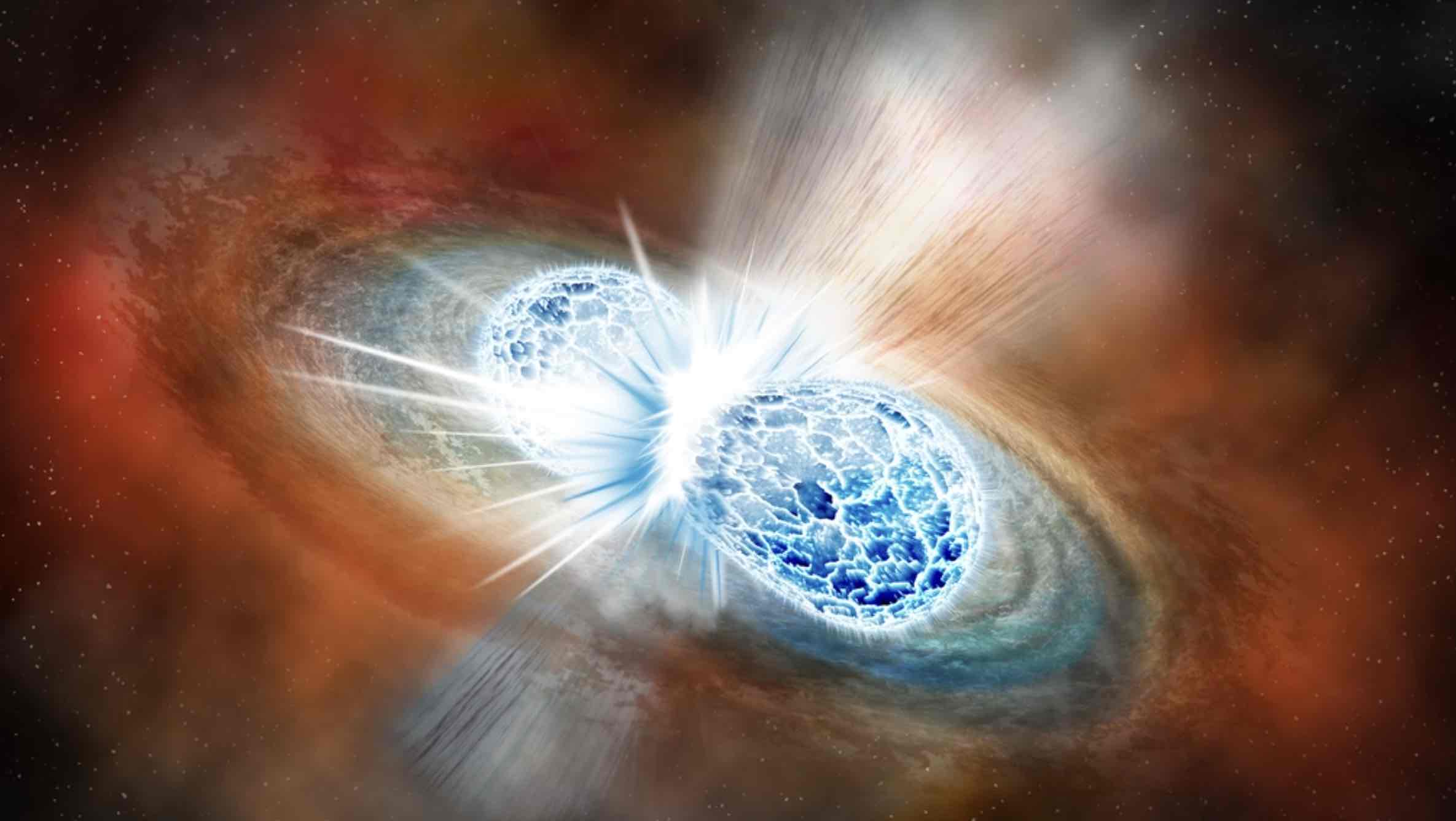 A new discovery that could potentially hasten our knowledge about physics in some of the universe’s most extreme areas has been revealed from data collected by astronomers over the last several decades.

Among the most energetic events observed by astronomers are the explosions that emanate from distant galaxies that produce gamma-ray bursts (GRBs). The energetic potential and resulting luminosity of these high-powered blasts across the cosmos are second only to the Big Bang itself, and can last up to several hours, producing the initial GRBs and a subsequent afterglow spanning the spectra from X-ray to ultraviolet, optical, and other wavelengths.

For the most part, GRBs and the intense radiation they produce are believed to occur during supernova events where a star implodes to form either a neutron star or a black hole. However, a subclass of GRBs, known as short gamma-ray bursts, also appears to result from mergers between binary neutron stars. These “multimessenger” astronomical events, called such because they have been detected through gravitational waves, in addition to various regions of the electromagnetic spectrum, were the focus of a recent research effort by researchers with the University of Maryland and other American universities in a new paper by lead author Cecilia Chirenti and colleagues that appeared in Nature.

“Depending on the masses of the stars in the binary and on details of their largely unknown equation of state, a dynamically evolving and short-lived neutron star may be formed after the merger,” Chirenti and her colleagues write. How short-lived? According to their recent paper, this ephemeral neutron star could exist for anywhere from 300 to as little as ten milliseconds before collapsing into itself, forming a black hole.

According to the team, numerical relativity simulations covering several different groups “consistently show broad power spectral features in the 1–5-kHz range,” as evidenced by gravitational wave signals produced in the aftermath of the merger. One problem the authors note is that these signals aren’t capable of being detected by ground-based gravitational wave detectors, although they leave open the possibility that they might be observable “by future third-generation ground-based detectors, which could begin appearing by the 2030s.

Fortunately, enough data already existed to form the basis of the recent study, having been amassed over the last several decades. Based on their study of the available data, Chirenti and her team say that it points to a period of “quasiperiodic modulation” of the GRBs under conditions that occur as a neutron star is formed for a brief period before its ultimate collapse into a black hole.

According to Chirenti and her coauthors, two signals were discovered that matched the characteristics of these short bursts—GRBs 910711 and 931101B—which they found in archival Burst and Transient Source Experiment (BATSE) data they reviewed. In their recent Nature paper, the authors conclude that these GRBs “are compatible with the predictions from numerical relativity.”

Intriguingly, unique pitch oscillations are produced during the collisions of neutron stars under such conditions, the detection of which may offer additional clues about some of the most extreme forms of matter present anywhere in the universe. This is significant because it offers astrophysicists a glimpse at the unique conditions occurring in those regions of the universe, which are not easily studied using earth-based observatories and other technologies.

In the video above, produced by NASA’s Goddard Space Flight Center and STAG Research Centre, a simulation is presented that tracks the gravitational wave and density changes occurring as a pair of neutron stars collide. In the simulation, the dark purple areas convey regions with the lowest densities, while lighter colors like yellow and white represent those with the highest. The tone produced in the video represents the rising frequency of the gravitational waves as the neutron stars collide with each other, also represented by a frequency scale visible on the lefthand side of the screen.

At 42 seconds into the video, the neutron stars merge, producing a GRB which is accompanied by a noticeable rise in the pitch of the audible tone as it leaps “to frequencies of thousands of hertz” while bouncing amidst two tones representing the quasiperiodic oscillations (QPOs) associated with such high-energy events.

“The presence of these signals in such simulations led to the search and discovery of similar phenomena in the light emitted by short gamma-ray bursts,” read a NASA statement.

Chiretti and her coauthors’ paper detailing their recent studies of these phenomena, “Kilohertz quasiperiodic oscillations in short gamma-ray bursts,” was published in Nature on January 9, 2023.