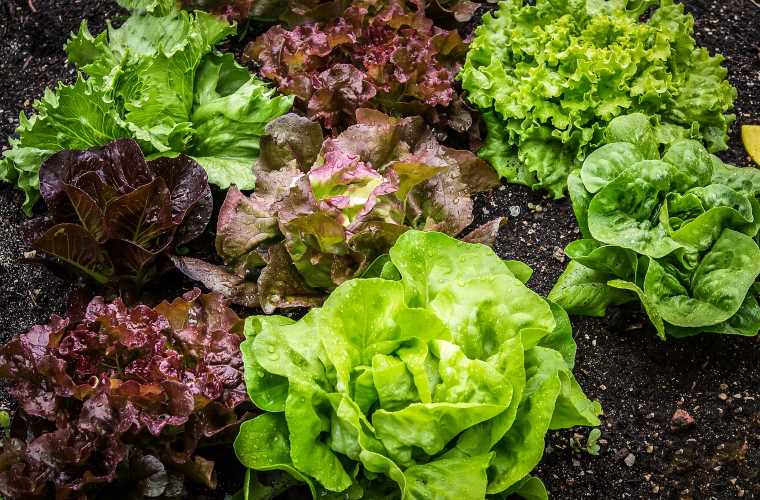 Researchers have designed customized “transgenic” lettuce that can help astronauts combat micro-gravity-induced bone loss. Genetically engineered to produce a bone stimulating hormone, the lettuce can theoretically be grown during long-duration space flight missions like the two-year-plus round trips to Mars planned in the coming decades.

BONE LOSS IN MICROGRAVITY IS A REAL PROBLEM

In space, astronauts typically lose 1% of their bone mass with each passing month. Strict exercise regimens can stave off this loss to some degree but cannot completely halt the process.

More recently, researchers have focused on specialized medications that can stimulate bone growth. Unfortunately, the most promising targets need daily injections, requiring astronauts to bring along large quantities as well as syringes and other supplies. Although this option may be viable for folks on the ISS, astronauts traveling on more extended missions will face critical space restrictions that will make bringing along any volume of medication impractical.

To solve this issue, a team of researchers has designed a unique, drug-producing lettuce that can be grown in space and eaten instead of injected.

In contrast, planned missions to Mars are expected to take as much as ten months in each direction. Add in the on-planet portion of these missions, which in many cases is expected to last as much as a year, and Mars astronauts could spend as much as three years in microgravity environments. Without medication, this amount of exposure will likely lead to both temporary and permanent damage to astronauts’ skeletal systems. Fortunately, the researchers behind the new lettuce may be on to a viable solution.

The researchers also genetically programmed the lettuce to produce a piece of a protein known as a fragment crystallizable (Fc) domain antibody. According to the release, “previous studies have shown that the Fc fragment increases the time that the attached peptide circulates in the blood, making it more effective.”

Once the lettuce sprouted, tests revealed that it could produce around 10-12 mg of the modified peptide hormone per kilogram. In practical terms, astronauts would need to eat about 380 grams of lettuce, or about 8 cups, each day to stave off bone loss.

That’s a “pretty big salad,” Yates admits. Still, the initial results are encouraging, leading the research team to try to refine their process.

“One thing we’re doing now is screening all of these transgenic lettuce lines to find the one with the highest PTH-Fc expression,” said McDonald. “We’ve just looked at a few of them so far, and we observed that the average was 10-12 mg/kg, but we think we might be able to increase that further. The higher we can boost the expression, the smaller the amount of lettuce that needs to be consumed.”

MARS MISSIONS WILL LIKELY GROW THEIR OWN MEDICINE

Although no one has tried the lettuce for taste due to safety concerns, the researchers note that most transgenic plants don’t change in flavor, so the lettuce should be edible. The researchers also note that growing their own medicine and food during such long-duration missions should adequately address the narrow space restrictions that limit bringing along massive amounts of the medication.

“Astronauts can carry transgenic seeds, which are very tiny — you can have a few thousand seeds in a vial about the size of your thumb — and grow them just like regular lettuce,” said Nandi. “They could use the plants to synthesize pharmaceuticals, such as PTH, on an as-required basis and then eat the plants.”

More research is needed to determine the safety of the transgenic lettuce, including clinical trials on animals and humans, as well as improvements to the drug yield of the plant. However, the researchers behind the customized lettuce believe that they will be able to finish this work before the first missions to Mars blast off in the next decade.

“I would be very surprised that if, by the time we send astronauts to Mars, plants aren’t being used to produce pharmaceuticals and other beneficial compounds,” said Yates.