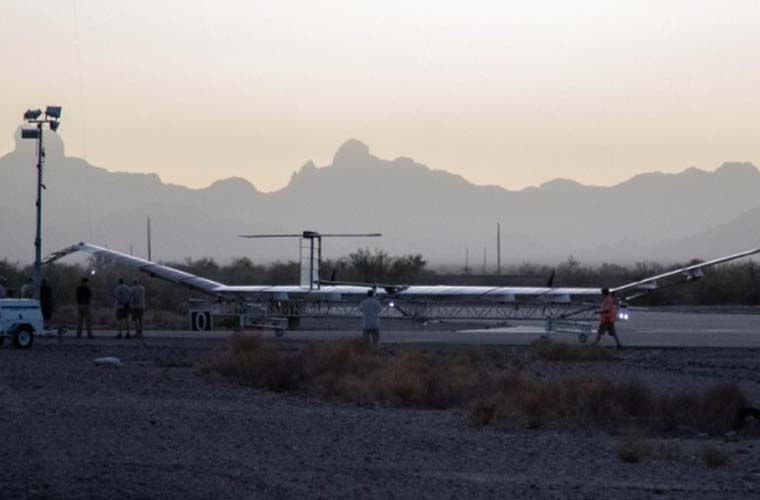 
The Zephyr could be a game-changer for intelligence, surveillance, target accusation, and reconnaissance support in combat environments

Currently, the U.S. military is testing an ultra-endurance stratospheric drone capable of flying continuously for months without refueling and at altitudes over 70,000 feet.

Dubbed the “Zephyr,” the stratospheric drone has the potential to be a game-changer when it comes to providing continuous near real-time intelligence, surveillance, target accusation, and reconnaissance (ISTAR) support for troops in combat environments.

According to Army Futures Command, the Zephyr has already shattered the world record for continuous flight by an unmanned aerial vehicle (UAV), so-far flying for 49 days without refueling.

The Zephyr was already the record holder for continuous flight by a UAV after the stratospheric drone performed a nearly 26-day flight in 2018.

By comparison, the longest known high-endurance aircraft currently in the U.S. military’s arsenal is the RQ-4 Global Hawk, which can maintain flight for a little over 30 hours without needing to be refueled.

According to the Zephyr’s manufacturer, Airbus, the stratospheric drone can sustain such extraordinary flight times thanks to using a combination of solar-electric power. A thin film of solar cells provides energy to the drone’s two electric motors during daytime flights. At night, lithium-sulfur accumulators take over the energy supply.

With a wingspan of just over 108 feet, the Zephyr also incorporates an ultra-lightweight carbon fiber reinforced plastic design, allowing the stratospheric drone to weigh only 110 pounds while still capable of carrying a payload of up to 45 pounds.

The Department of Defense has not expressly said how the Zephyr might fit in the U.S. military’s arsenal. However, military planners are almost assuredly eyeing the UAV for its game-changing intelligence, surveillance, target accusation, and reconnaissance (ISTAR) potential.

Loitering over 70,000 feet and outside the range of ground-based anti-air systems, the Zephyr could provide military commanders with virtually unlimited near-real-time situational awareness of a battlefield.

The U.S. military has previously looked into other high-altitude, ultra-long endurance ISTAR platforms, including the use of hybrid aerostatic airships by the U.S. Army’s Long Endurance Multi-intelligence Vehicle (LEMV) program. After testing several hybrid air vehicles, the DoD canceled the LEMV program in 2013.

Is the Cost of the Metaverse Limiting its Diversity?

In addition to breaking flight records during recent testing, Army Futures Command said the Zephyr accomplished many other firsts, including its first flight into international airspace, first flight over water, longest continuous flight utilizing satellite communication controls, and the farthest demonstration from its launch point, while carrying a commercial, off-the-shelf payload.

The Zephyr is scheduled to perform another series of flight tests in August, including a flight over the Pacific Ocean to demonstrate the ability to carry an unspecified prototype payload over multiple combatant commands.

“We have seen incredible progress in high-altitude platforms in recent years,” said Monteleone. “This experimentation allows us to build on that knowledge by demonstrating multiple payload types, fully exploring the military utility of stratospheric operations, and modernizing areas of deep sensing, long-range targeting, and resilient communications.”