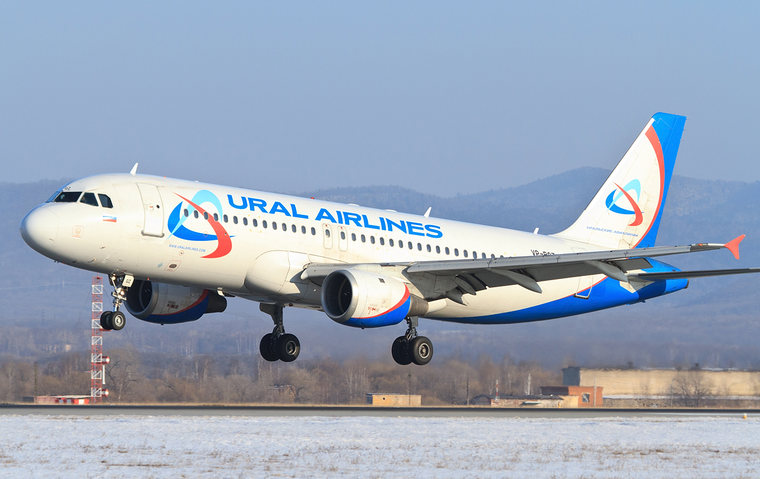 The Investigative Committee of the Russian Federation announced it would be looking into the circumstances surrounding an “unidentified aircraft” that forced two Russian commercial airliners to change course over the Black Sea last Friday.

Russian authorities said two commercial flights, Ural Airlines flight U6-219 from Yekaterinburg and Aeroflot flight SU-1136 from Moscow, were instructed to adjust their flight paths to avoid any separation conflicts with the unidentified aircraft. Both airlines successfully landed at Sochi International Airport without incident.

Russian officials have yet to say who they believe is responsible for the unidentified aircraft. However, the Kremlin has lodged numerous complaints about NATO reconnaissance flights operating near Russia’s borders in the last few weeks.

On December 8, the Russian Foreign Ministry filed a formal letter of protest to the U.S. Embassy in Moscow, complaining about U.S. and NATO surveillance flights near Russia.

“The U.S. military and its NATO allies have been trying to test the security of our borders to carry out provocations against civilian aircraft, endangering the safety of airspace and human lives,” wrote the Russian Foreign Ministry.

A check of radar data on Flightradar24 reveals the unidentified aircraft was almost assuredly a NATO, likely U.S., surveillance plane.

Displaying “no callsign,” the unidentified aircraft appeared on radar after inflight refueling with a U.S. Air Force Boeing KC-135R Stratotanker over the Black Sea, roughly 80 miles north of Turkey at approximately 11:20 A.M. (Moscow time). According to the archived flight records, the aircraft then proceeded to fly several loops near the Russian coast before traveling northwest along the Crimean Peninsula, up to Odesa, Ukraine, and then back along Russia’s border with the Black Sea.

Shortly before the unidentified aircraft disappeared from radar near the coast of Georgia at 2:40 P.M. local time, an Air Force Boeing RC-135U “Combat Sent” reconnaissance plane appeared in the same area over the Black Sea. The RC-135U, designed to collect technical intelligence on adversary radar systems, proceeded to fly a nearly identical flight pattern as the unidentified aircraft before heading off to land at Navy Support Activity Souda Bay in Greece.

Aerial surveillance flights over the Black Sea and the Crimean Peninsula have surged in recent months as NATO tries to gain a clear picture of Russia’s military build-up along its border with Ukraine. In addition to massing troops along Ukraine’s northern border, beginning late last spring, Russia moved significant numbers of combat aircraft, airborne troops, motorized and armored units, attack helicopters, and support and logistical elements into the Crimean Peninsula.

The Pentagon and U.S. Intelligence Community have warned that Russia appears to be preparing for a military invasion of Ukraine, potentially as early as January 2022.

It’s not entirely clear why Russian authorities took such an exception with this particular unidentified, presumed U.S. surveillance flight. According to the Flightrader 24 data, the closest the unidentified aircraft came to the commercial flights was roughly 27 nautical miles. Likewise, the aircraft came within similar distances to dozens of other flights during its 3-hour cruise along the Crimean coast.

Regardless, with tensions over a Russian invasion continuing to mount, it’s unlikely there will be any decrease in military aircraft in and around Ukraine. Underscoring the significant risk faced by the area’s civilian population, should the region become embroiled in full-scale warfare, unidentified spy planes will be of little concern to the people who live in the region.