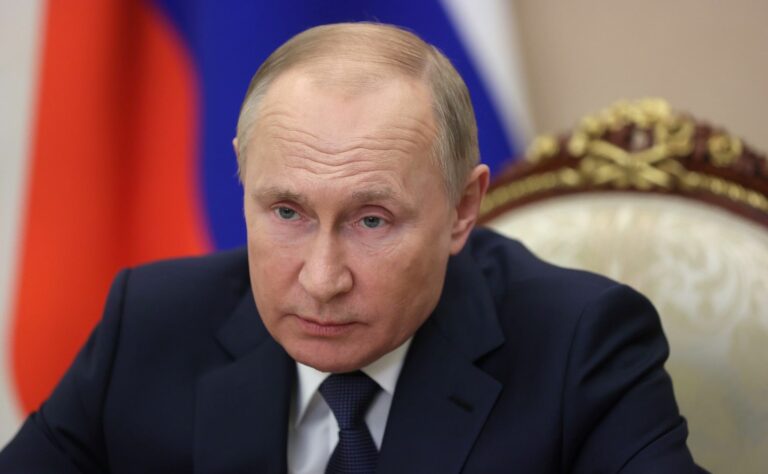 Russian President Vladimir Putin issued a warning to NATO earlier this week that the deployment of offensive missile capabilities on Ukrainian soil would be seen as a trigger by Moscow. According to the Russian leader, crossing this “red line” would leave Moscow no choice but to retaliate, meaning that Ukraine could be the next target of Russia’s new arsenal of hypersonic weapons.

Hypersonic missile research has been underway in several countries for many years now. Designed to be unstoppable, these weapons are capable of flying at speeds approaching five times that of sound. The United States, Russia, and China are at the forefront of the technology behind hypersonic missiles; however, the American programs are not as advanced as the Russian and Chinese ones.

Parallel to this global (hypersonic) arms race, is the conflict between Russia and Ukraine. In 2014, Russian forces entered Crimea, leading to its annexation by Putin and resulting in public outcry from UN member nations and others around the world.

Since that time, Russian rebels have been fighting Ukrainian troops in the eastern Donbas region. The confrontation between the two neighboring countries has claimed over 13 thousand lives, and it seems like things are about to take a turn for the worse.

Analysis: Threats were made

Putin showed concerns about the possibility of NATO deploying troops or advanced missile systems on Ukrainian soil, as this would place them within minutes of striking distance of Russia.

“If some kind of strike systems appear on the territory of Ukraine, the flight time to Moscow will be seven to ten minutes, and five minutes in the case of a hypersonic weapon being deployed. Just imagine,” Putin said during a conference call with participants of an online investment forum.

President Putin was then quick to boast about Russia’s capabilities to retaliate. “What are we to do in such a scenario? We will have to then create something similar in relation to those who threaten us in that way. And we can do that now,” Putin added, referencing Russia’s recent tests of one of its own hypersonic missiles.

Putin’s Zircon hypersonic cruise missile is expected to be at the Russian Navy’s full disposal in 2022. According to a recent report, it is capable of flying nine times the speed of sound, with a range of about 620 miles.

During the call, Putin pointed out that the missile could reach some targets within “just five minutes,” implying that their neighbor, Ukraine, could be such a potential target.

Putin’s comments imply that Ukraine could be a target for Russian hypersonic weapons. However, it’s unlikely that Russia would opt to use hypersonic missiles against Ukraine, given its lack of sophisticated air defense systems and close proximity. Instead, the Russian President’s comments were more likely a veiled threat towards NATO and the U.S.

Ivo Daalder, a former US ambassador to NATO, recently told Insider that “there is a major risk of Russian military activity in Ukraine in the next few months. All the signs point to a major build-up of military capability.”

Putin’s warning to NATO, along with the fact that Russian troops have massed along Ukraine’s border (for the second time this year) have people concerned that Russia could be preparing to invade Ukraine.

While the Kremlin denies having any plans for invasion, but the more than 90 thousand Russian troops gathered on the border provide little assurance otherwise.

Putin blames the current tensions on NATO and the increased influence of the US in Ukraine. He also suggested that Russia and the West need to work on new security agreements to avoid further conflict. When asked if Russia is planning to invade, Putin answered: “The matter is not whether to send troops or not, go to war or not, but to establish a more fair and stable development and taking into account security interests of all international players.

“If we sincerely strive for that, no one will fear any threats.”