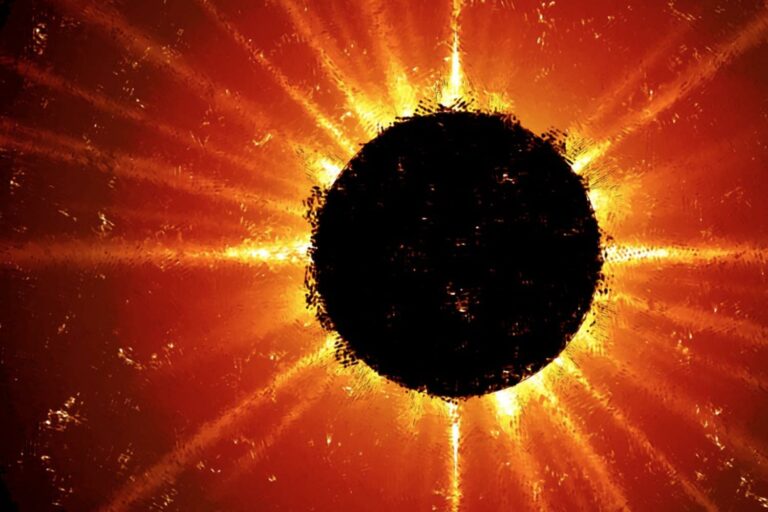 The occurrence of a rare event predicted by a Nobel Laureate more than half a century ago has been confirmed by an international group of scientists with the IceCube Neutrino Observatory, according to a new paper published in the journal Nature.

According to the team of scientists, the South Pole facility succeeded in detecting the arrival of an electron antineutrino of extraterrestrial origin, which after traveling toward Earth at nearly the speed of light, collided with an electron to produce a W- boson, resulting in a Glashow resonance event.

The W- boson, first discovered in 1983, is a fundamental particle responsible for the weak force along with its counterpart, the Z- boson. The weak force, along with the strong, gravitational, and electromagnetic, comprise the four primary forces that govern phenomena observed in our universe and its behavior. However, Nobel Laureate Sheldon Glashow predicted the occurrence of resonance events like the one detected by IceCube as far back as 1960, although he had not anticipated how heavy the W- boson would eventually prove to be.

On account of this, for a Glashow resonance event to occur would require a neutrino with tremendous energy—nearly 1000 times stronger than what the Large Hadron Collider can achieve—which cannot be produced artificially on Earth. This could only be achieved if a powerful particle were blasted toward Earth from a cataclysmic-scale somewhere in space.

That’s precisely what occurred in early December 2016, when an electron antineutrino came hurtling toward Earth with the required energy of 6.3 petaelectronvolts (or PeV). It is believed that the source of the supercharged extraterrestrial particle might have been produced by a supermassive black hole or some similar cosmic event.

According to RWTH Aachen graduate student Christian Haack, who worked on the project, “We can now detect individual neutrino events that are unmistakably of extraterrestrial origin,” and that the experiment has validated the feasibility of neutrino astronomy, the likes of which can only be achieved presently with the help of IceCube.

The first detector of its kind, construction of the IceCube Neutrino Observatory was launched in 2005, and by the following year, it was already recognized as the largest neutrino telescope anywhere in the world.

IceCube was designed to probe for the existence of subatomic particles called neutrinos. Although nearly massless, these particles are very high-energy, and help physicists learn about some of the most cataclysmic forces in the universe, from the unprecedented force of violent supernovas, to bursts of gamma rays, black holes, and distant neutron stars.

IceCube is one component of an ongoing experiment with several objectives, among which are reaching a better understanding about dark matter, one of the most mysterious and little understood phenomena in our universe. The project involves close to 300 physicists from a dozen countries around the world, with primary funding supplied by the National Science Foundation.

Prior to the results of the new study, existing measurements had not been of great enough sensitivity to even distinguish between neutrinos and antineutrinos. Scientists involved with the study note that their results indicate the earliest known direct measurement of the antineutrino side of the “neutrino flux” in astrophysics, which essentially describes the flux of particles that physicists are able to detect through the presence of neutrinos.

The study is an important first step toward distinguishing between the two different types of particle, although more of the mysterious Glashow resonance events have to be observed in the future in order for physicists to be able to take on a fuller understand of the processes at work.

The study, titled “Detection of a particle shower at the Glashow resonance with IceCube,” was published on March 10, 2021, and appeared in the journal Nature as a publication of The IceCube Collaboration. You can learn more about the IceCube South Pole Neutrino Observatory at the project’s website.