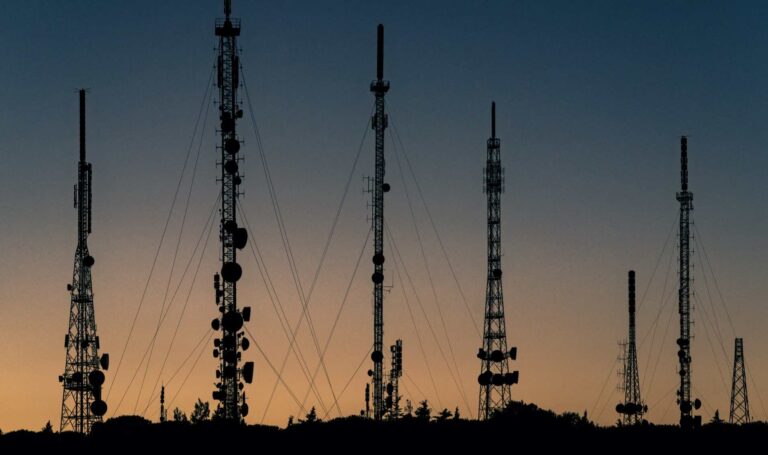 What Do They Know About Us?


As the U.S. military and scientific groups continue trying to learn about UAP, maybe we should consider what the phenomena could know about us.

We know that TV transmissions escape the Earth traveling at the speed of light. It makes for an easy joke: could extraterrestrial civilizations be forming opinions about humanity based on watching Howdy Doody, The Ed Sullivan Show, and I Love Lucy? If so, then clearly they’d decide there are no signs of intelligent life on this planet.

Don’t laugh too quickly. Aliens may not be sitting around their living rooms on their home planets catching up on our old sitcoms. But based on plausible evidence, one working theory these days involving some unidentified aerial phenomena (UAP) currently being observed in our skies is that it could represent non-human intelligence from somewhere that isn’t exactly here.

The reports include foo fighters at the end of the Second World War, ghost rockets in Scandinavia a year later, flying saucers around the world the year after that, Unidentified Flying Objects beginning in the 1950s, and leading up to the Unidentified Aerial Phenomena frequently discussed here in the new millennium.

This summer will be the anniversary of 1947’s Kenneth Arnold sightings, as well as the Roswell incident. That’s 75 years of something… but what? Contact? Observation? Deception?

The truth is that even if we conclude that non-human life is here and watching us, we still know very little about how it operates or what it wants.

Let’s imagine—as a thought experiment— that these visitors are an actual form of A.I. or have used artificial intelligence to get to our Earth. Such an A.I. would quite obviously be advanced beyond our current efforts, even if it’s different from what we might design ourselves.

Presumably, through advanced technology, they’ve had access to most everything that’s been digitized — meaning almost every radio broadcast, film, television show, book, documentary, magazine article, and scientific journal, plus everything stored on the Internet and in most libraries. Additionally, that now includes all email, phone calls, and communications distributed by satellite. What they have been able to scoop up probably makes the NSA look like the Little League of espionage.

In that scenario, the most likely conclusion is:

They Know Us Better Than We Do Ourselves.

If their information gathering and processing technology are as advanced as their aerospace capabilities, this A.I. could be said to functionally know everything about us, assuming it wishes to know.

This means that their comprehension of human art, music, technology, history, and language could be vast. They would also understand our human biology, the environment of the planet and its abundance of flora and fauna, and even how it is now threatened.

They would know how important war has been in our development and history and they would be up-to-speed on our latest horror show in Ukraine. Since they’ve been showing interest in our nuclear assets since the beginning of this contact, they must understand our atomic weapons and the threat they pose to humanity’s continued existence and, potentially in the future, to themselves. So recent statements from Vladimir Putin about the readiness level of his nation’s nuclear defenses would be of interest, as would more test launches from North Korea, or even the status of the Iranian nuclear program.

The alien A.I. would know very well that humankind has been at war with itself going back to arrows and spears and before even that. We’ve written extensively about all our wars so they know the chronology and the growth of the danger we can inflict on ourselves and our planet. That’s assuming they weren’t here observing as these events unfolded.

People who say that if these Others intended to do something harmful to us that it would already have happened are applying human time frames to potentially alien minds. Humans can barely think past the next election. An otherworldly life form might have a thousand-year horizon. Or a million years.

While an alien intelligence or its A.I. could have scooped up virtually everything that exists digitally, it’s also possible that it has other methods to collect valuable human intelligence. Claims of abductions, such as they exist, might be about something vastly different than we may even imagine.

Their technological superiority won’t be limited to just gathering more information on us than we can do ourselves. It could also apply to how they interpret it and what they intend to do with it.

It’s true that we essentially have access to all of the same information ourselves but there is no human brain that has absorbed it all, and there isn’t a computer system we’ve built that has done that either. And even if a human brain or computer could absorb it all, that doesn’t mean either humans or our current beginner attempts at A.I. can sift through it or comprehend it all, let alone make sense of it in its totality.

What if this hypothetical A.I. could hold all this information at once and, more importantly, look it over at the same time; that it could gather, sort, consider, deep think, draw conclusions and create plans from it? What then?

If a non-human intelligence were to have access to an A.I. that can intelligently sort, digest, and analyze all our information, it quite likely has developed a tremendous amount of what they call in the military, “actionable intelligence.” Humankind may very well be in a potentially threatening situation, unlike anything we’ve ever imagined.

Just going back to World War II, think about the effort in treasure and lives that was expended to know as much information as possible about the enemy and, at the same time, to create disinformation that would confuse the other side. Both the Allies and the Axis knew that accurate information was everything. Why would it be different now?

Of course, this all depends on whether an alien A.I. even cares enough about us to gather this information. On the other hand, if they’re here in the first place then that, by definition, shows interest. Perhaps all intelligent life is interesting to all other intelligent life. It could be how consciousness and the Universe interact.

This near God-like knowledge of Earth and its inhabitants gained at least over the last eight decades and possibly much further back than that would have allowed the alien A.I. to understand well (if it wanted to) how this planet operates. Although it would be perceiving our world from a non-human perspective, it would still be able to know about our politics, culture, society, economy, government, science, military, you name it.

It sure would not require Amy Adams hand-writing words on a tablet to establish communication as she did in The Arrival. This alien A.I. could know how to communicate instantly in every language the Earth has ever produced. So the fact that it has chosen not to communicate (so far as the public knows) would be a tell. It’s limiting communication on purpose. Why?

Some people reading this might say, “Well, wait, no aliens give a damn about that stuff.” Let’s remember this is about gathering Big Data. It’s made of Little Data. And every little bit of data matters somehow. An all-powerful alien A.I. would know how to gather everything and curate it to its best analytical advantage.

Basically, though, such an A.I. would know by the collection of so much data that the idea of the existence of craft associated with the alien A.I. was no longer the secret it once was.

It would now know that the most powerful government on the Earth is talking openly about UAP, leaders within that government are demanding answers and the nation’s military is paying strict attention.

In other words, an all-powerful, alien artificial intelligence, would understand that the planet it has been visiting had inhabitants that are finally getting wise to the fact that it exists. As an alien A.I. realizes that the inhabitants of this planet are waking up to see this new reality, what plans might it be making for itself or for its masters?

Will it leave or recommend leaving the Earth? Will it now move into the next phase of its visitation? What might that be? Does it serve the Others’ master plan for humanity to know about it? Has the time frame been altered? What’s next?

We can’t really answer these questions now, particularly those of us who have not been privileged enough to be briefed into the classified world of secrecy. Even those insiders, though, may not have much more information than the rest of us. We really don’t know.

What we do know is that whoever is here, they know a lot about us, while we still know next to nothing about them.

That’s not a good situation to find ourselves in. We simply can’t allow that to continue… can we?

Bryce Zabel co-hosts the podcast Need to Know with Coulthart and Zabel — a concise analysis of news, research, and history related to the UAP/UFO issue. He is the creator of five produced one-hour TV drama series, screenwriter on multiple features and limited series, and winner the Writers Guild award. He has been a CNN correspondent, PBS investigative reporter, CEO of the TV Academy and adjunct professor at the USC School of Cinematic Arts. He is the author of three award-winning books. Follow him on Twitter @HollywoodUFOs, and his professional credits can be found on LinkedIn.