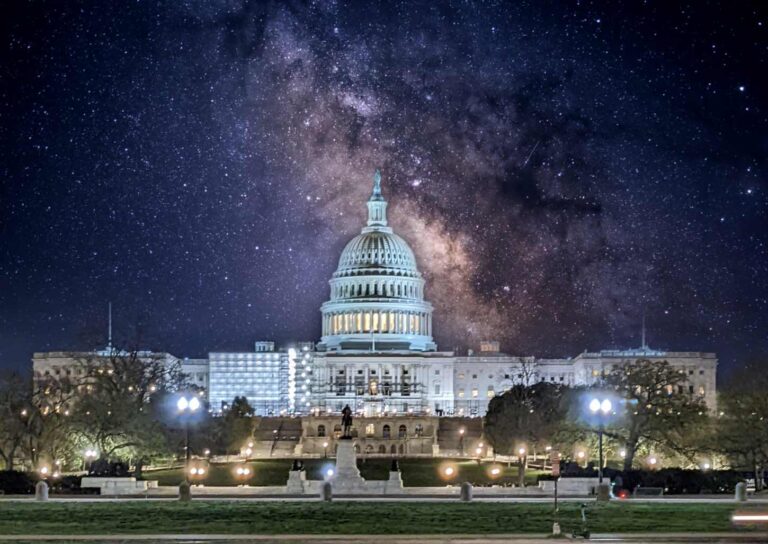 
In the aftermath of Congressional hearing on UAP, it is clear governments and scientists must work together to determine their nature.

On Tuesday, May 17, 2022, the first open congressional hearing in half a century was held on the topic of Unidentified Aerial Phenomena (also commonly known as UFOs). Witnesses included Under Secretary of Defense for Intelligence and Security, Ronald S. Moultrie, and Deputy Director of Naval Intelligence, Scott W. Bray.

My most important takeaway from this historic hearing is that the government is discussing UAP seriously and wishes to understand their nature. It is therefore the duty of scientists to assist the government in this quest, identify the unidentified and remove the term UAP from our lexicon.

There are two possible interpretations of unidentified technological objects: either they were made by humans or they were made by extraterrestrial civilizations. In the first case, the government wishes to know which technologies are used by other nations. In the second case, scientists wish to know which technologies were developed by extraterrestrial civilizations.

Obviously, the two witnesses in the congressional hearing were concerned with UAP as a threat to national security. Their job definition is twofold: to protect the safety of our military personnel and the security of our Nation. From their perspective, reports by military staff members are of primary importance for the first task, and data from military training or patrol sites are linked to the second objective. They need to know what the vast majority of UAP are, and for that purpose they must attend to data of compromised quality such as the blurry videos shared during the hearing.

However, the task for scientists is complementary to that. They do not need to explain most of the reports. Even if only one object is of extraterrestrial technological origin among the clutter of many others that are human-made, it would represent the most consequential discovery in human history. Its significance would resemble a first visit to the kindergarten when we realize that there is a smarter kid on the block. To figure this out, scientists must have access to the highest quality data, such as a high-resolution image of an object showing a label “Made on an Exo-Planet”, or a maneuver at a fraction of the speed of light or a set of buttons that demonstrate technical specifications of a futuristic “iPhone 100”.

Moreover, scientists are concerned with all possible geographical locations irrespective of whether they host military assets or national facilities. Extraterrestrial equipment might not adhere to national borders in much the same way that a biker navigating down the sidewalk does not care which of the possible pavement bricks is occupied by a small colony of ants.

For the above reasons, the congressional hearing could not have served science. It is the complementary duty of scientists to collect new data of higher quality than that obtained anecdotally by military personnel. With this in mind, the Galileo Project that I lead will assemble its first telescope system on the roof of the Harvard College Observatory in the coming weeks. The system will monitor the sky continuously in the infrared, visible and radio bands as well as record audio and muons. The data will be analyzed by state-of-the-art software that uses artificial intelligence and machine learning to identify objects in the sky and interpret their properties. Once demonstrated, we will make copies of the system and distribute them in various locations. My hope is that within a year or two, we will be able to help the government in deciphering the nature of UAP.

This quest is a fishing expedition and we should not assume in advance the nature of the fish we will catch. Clearing up the fog about the nature of UAP is an important service to society, irrespective of what we find. The possibility that UAP are of extraterrestrial origin is not a wild speculation, since we know that a substantial fraction of all Sun-like stars host a planet of Earth’s size at a similar separation. Most stars formed billions of years before the Sun, allowing probes to cross the Milky-Way galaxy many times. It would be arrogant of us to relax on the sofa at home and ask: “where is everybody?” without looking through our windows for any neighbors.

The search for UAP cannot be fulfilled by NASA’s Perseverance Rover surveying the surface of Mars, nor can it be fulfilled by searching for oxygen in the atmospheres of exoplanets. It is a new quest for the unknown that did not receive proper attention by the scientific community so far; including from the community of scientists engaged in the Search for Extraterrestrial Intelligence (SETI) – which focused primarily on techno-signatures from other stars, such as radio or laser signals.

The congressional hearing removed the taboo on a serious discussion about UAP. Government must be considered as the “adult in the room” since its mission is to protect the Nation. If congress is discussing UAP seriously, scientists must engage.

UAP reports are most likely a mixed bag. Many of these objects likely have mundane explanations. But in order to figure out whether an anomalous object exists for which human-made or natural origins can be excluded, we need to retrieve new data with the best possible instruments at our disposal today, and not rely on inferior quality data from past decades.

Here’s hoping that the government and science will work together to determine the nature of UAP. This will advance our understanding of the reality we all share, well beyond the intricate politics of Washington DC and academia.