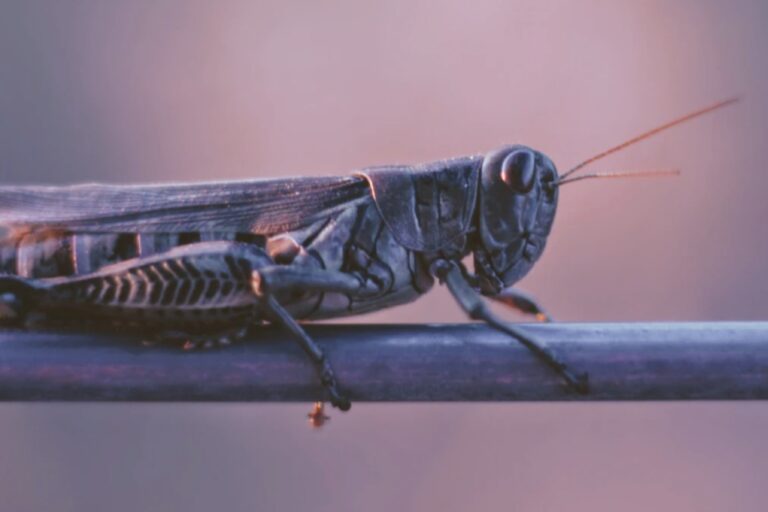 While humans have evolved to be the most technologically capable species on Earth, we lack in many areas where our kindred in the animal kingdom have excelled. Over the long course of our history, even insects like locusts, which might have once served as a viable food source rich in protein, or perhaps evidence of the wrath of God, outperform humans in a number of areas.

Although flight may seem like one of their most obvious superpowers, few would guess that the locus, much like other insects, have evolved to have exceptionally good hearing over the course of the last several hundreds of millions of years. Recently, this fact was put to use by a group of biotechnology researchers, who succeeded in using the auditory organ from one of the dead insects to animate a one-of-a-kind bio-robot.

The study, conducted by researchers at Tel Aviv University in Israel, employed what they term a hybrid bio-technological approach, which united a robotic device with the tympanic ear of a locust to create what they call an “Ear-Bot.”

Many insects—though not all varieties—possess tympanic organs in various parts of their body, ranging from the base of their wings and spindly legs, to their abdomens. The latter had been the location of the auditory organ the researchers used in the study, which resulted in the creation of what they described as a “long-lasting miniature sensory device,” capable of operating as part of a “bio-hybrid robot.”

According to the team’s study, “we used recent developments in micro-physiological systems (MPS), also known as Organs-on-a-Chip in order to create a modular tissue support, and a custom algorithm for signal analysis.” A microfluidic chip, the likes of which have common applications in nanotechnology and other similar disciplines, was then integrated with the locust’s ear.

“The chip was designed in such a way to enable the long-term viability of the ear while allowing it to be placed on top of a moving small robotic platform,” the team’s study says. The chip was then equipped with a small array of electrodes that transmitted information obtained from the locust’s ear back to the robot.

According to the study, neural signals responding to sound pulses were then captured and recorded with the locust’s tympanic ear and transmitted to the robot, which controlled its motion. The experiment succeeded in demonstrating how robotic sensory controls could be manipulated by sound processed through biological “ears,” or more specifically in this case, a locust’s abdominal tympanic organ.

The simplicity of insect ears had not been missed on the researchers at Tel Aviv University, however, who recognized the benefits for their use in a variety of technological applications. Insects like locusts “have developed ingeniously simple but sensitive sensors,” the team reported in their study, “which are small, lightweight, adaptable to extremely varied environments, characterized by low power consumption, and surpass many manmade, artificial sensors.”

To build the Ear-Bot the research team used in the creation of this bio-hybrid technology, they used an Intel UpBoard paired with a small National Instruments converter and a microcontroller, as well as two small DC motors that powered the device’s wheels. The robot was, rather simply, “programed to move forward when detecting one sound pulse and backwards when detecting two.”

According to the Tel Aviv research team, “This concept can be further developed in order to use other biological sensing systems, which are much more advanced than humanmade sensors,” adding that combining a number of similar biological sensory applications could allow for a bio-robot, which they say “will eventually be able to process various biological inputs and process them, similarly to a living organism.

Among future applications the researchers envision for such technology are advance sensing of explosives and chemicals, as well as predicting seismic events and earthquakes, a little understood ability which many animals appear to possess. The researchers believe such technology may be capable of one day “matching or even exceeding the capacity of some animals.”

The research was published in the journal Sensors (MDPI Open Access Journals), and was led by Idan Fishel, Ben M. Maoz, et al.