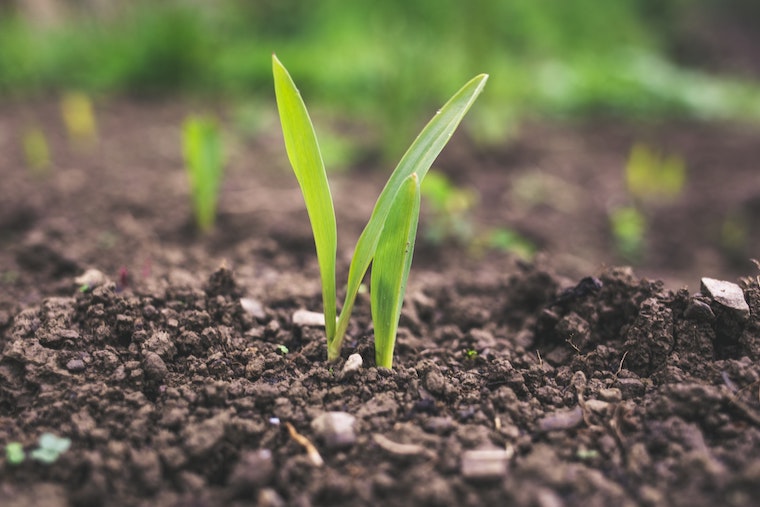 A new Defense Advanced Research Projects Agency (DARPA) program is researching new ways to remediate soil contaminated with explosives and aircraft fuel and wants to do it in the greenest way possible: by using bioengineered plants.

Analysis shows that the United States Army deals with over 1.2 million tons of soil across various bases and facilities contaminated with explosive material. Now extend this picture globally to Africa, South America, and Eurasia; after a century of multiple conflicts, each boasting its own weapons developments, the world has billions of tons of soil contaminated with bomb-based chemicals.

“It has been estimated that there are hundreds of explosives-contaminated sites within the United States, and even a greater number in Europe and Asia. TNT, rapid detention explosive (RDX), and high melting explosive (HMX) are the most commonly found explosive substances in soil,” says one study published in the journal, Pure and Applied Chemistry. “All of them are popular materials used by military forces, and due to improper handling and disposal techniques, these substances and their derivatives have polluted environments to levels that threaten the health of humans, livestock, wildlife, and entire ecosystems.”

If The Bomb Doesn’t Get You, The Soil Will…

The Department of Defense, as well as governments around the world, have been remediating soil for decades now. The most common methods include incineration, composting, and creating a water-based “soil slurry” to break down the chemicals. While these methods are effective, they are not environmentally sound, require the digging up and transporting of soil, and can cost a fortune. Moreover, outside of the composting process, the soil becomes unusable.

Significant research has been placed into in-situ remediation efforts. The most common practice is the addition of lime to the soil. While partially successful, the process requires constant upkeep and regular access to water to allow the alkaline hydrolysis process to work. However, studies by the U.S. Army Corps of Engineers raised a big environmental red flag. Simply put, the lime needs to remain moist, which requires access to a steady water supply. The engineers also found that the chemical breakdown was successful on the surface but failed to decontaminate the deeper layers of soil successfully. Moreover, the more lime and water you put into the soil, the more contaminants and acidity from the alkaline hydrolysis process runs down into the groundwater.

Governments have also dabbled in land farming and using plant material to deal with contaminants with moderate success. Still, the process requires constant human attention, which is impossible in many parts of the world.

Compared to traditional remediation techniques that require the physical shipment of soil, bioremediation is significantly more environmentally friendly and effective. The problem is that current processes require a lot of soil preparation, delivery of nutrients and fertilizers, and a large workforce. DARPA aims to do away with all that.

The agency’s latest program, Ceres, “seeks to detoxify contaminants – spilled Jet Propellant-8 (JP-8) and Trinitrotoluene, commonly known as TNT – from soil through engineering the behavior of plants and their associated microbial communities.”

In other words, DARPA wants to automate plants and the microbe ecosystems they generate to decontaminate the soil.

The area directly around a plant’s root system is called the rhizosphere, and in this zone, there is an intense amount of biological and chemical activity. The rhizosphere is chock-full of nutrients, like amino and organic acids, proteins, and sugars, that serve as food for a whole host of organisms in the soil. The plant provides food to this microbiome around its root system, attracting all sorts of microorganisms. These microorganisms supply food to each other, to the plant itself, and to different ecosystem layers—basically, the beautiful cycle of nature at work.

Negative Messaging is More Powerful, Even When it Comes to Food

Breaking the contract into multiple “tracks,” DARPA hopes to use the new plant’s rhizosphere to detect and break down chemical contaminants to “EPA-approved levels without dangerous byproducts.”

Ceres is a four-and-a-half-year-long program divided into two 24-months phases. Contract bidders must show they can “isolate or assemble functional plant-microbe communities” and “optimize the communities through biological and ecological engineering into synthetic communities.” And to make sure that these bioengineered plants don’t run amok, the bidder must also show that they can easily remove the plant and associated rhizosphere community once remediation is complete. Lastly, the bidder must provide test samples of the plant living in contaminated soil from U.S. military bases in the Eastern Woodlands, Great Plains, and Mediterranean regions.

DARPA will then use an independent verification team to certify any results.

“Ceres will capitalize on what nature does for free and without intrusive excavation,” said Ceres program manager, Dr. Paul Sheehan, in a press release. “This could theoretically be performed for no cost beyond planting a seed fortified with microbes engineered to clean the soil.”

MJ Banias is a journalist and podcaster who covers security, science, and tech. Follow him on Twitter @mjbanias.