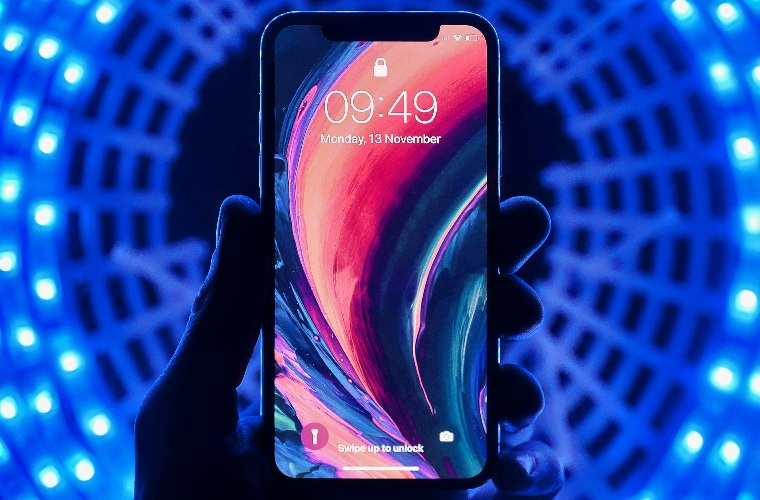 The parts of your iPhone could be the very reason for the next global conflict. As it stands, China holds a monopoly on the rare earth supply, and no other country is close to catching up, according to Lewis Black, CEO of tungsten-mining company Almonty Industries.

If China were to wield the material as a weapon in a trade war with the U.S., well, manufacturers all over the world would be screwed.

Background: What Are “Rare Earth” Elements?

They’re rare not because they are scarcely found in the world but because they are difficult and expensive to extract. Yet, they are integral in the production of virtually all advanced electronics, from smartphones to fighter aircraft. They are also crucial to many of the clean-energy technologies that companies are releasing over the next decade.

So to sum it up, we interact with these rare earth elements every day in our lives, and they are a big, big deal.

China currently controls roughly 80% of the rare earth supply, having achieved so by lowering their prices to shut down competition— namely, the U.S.— in the 80s and 90s. But, according to Black, they still dominate supplies because they are good at what they do.

“Don’t let anyone convince you that they only succeed because it’s cheap to operate. It’s not cheap to operate in China. It really isn’t anymore… But they’ve spent 30 years getting to this point. They didn’t dream up this raw material independence,” said Black in an interview with The Debrief.

And China has sent mixed signals in regards to what it plans to do with its rare earth supply; in February, some news reports indicated that China might raise production quota as a “goodwill” gesture to the Biden administration, while others reported that China might limit the export of rare earth elements that are essential to the manufacturing of American fighter jets and weaponry.

Analysis: Could Rare Earth Elements Lead to the Next War?

While it’s doubtful that the tensions surrounding rare earth elements will lead to physical armed conflict, Black is convinced that we could be heading into a cold war with China.

“I don’t think that anybody is going to, especially out of China, are pragmatic enough not to say, ‘you know, no, no more, no more tungsten for you, or no more rare earths for you’— I don’t think it’s ever going to get to that. But because that exists as a possibility, that is where I think the tension will rise,” Black said.

It’s also unlikely that rare earth production in the U.S. will speed up enough to achieve supply independence from China in the next decade. Even the hopes of diversifying rare earths supply chains, which the Biden administration has expressed interest in, are hard to reach. Opening a mine is a lengthy process, Black emphasizes.

Almonty Industries acquired an old mine in South Korea five years ago, and the company has spent the last four and a half years redesigning it. They’ve only recently started construction.

“So it took us near the best part of four and a half years to finish the redesign. And this is what I say to many people, diversifying the supply chain is, I think, a very sensible strategy, but you have to be aware, it’ll take a decade. A mine essentially takes a decade…And that is the reality that we all have to face,” Black said.

Outlook: What can be done in the meantime?

The Biden administration has already revealed its plan to strengthen supply chains, with its sweeping $2 trillion infrastructure legislation to rebuild its semiconductor industry as the key to countering China’s dominance in rare earths.

A report published last month announced that the Department of Interior would lead a task force to identify sites where critical minerals could be produced in the U.S. The report noted that the U.S. would develop the capacity for “sustainable production, refining, and recycling” of the rare earth elements—keeping its plans domestic.

Is it possible for the U.S. to regain superiority in this rare earths industry? Sure. “It’s technically possible to try and rebuild the entire supply chain because we once had it,” said Jane Nakano, a senior fellow at the Center for Strategic International Studies’ Energy Security and Climate Change Program.

“It’s not that we’re not experienced, it’s not that we have no idea of what the domestic supply chain may look like,” she continued.

But that goal would take the U.S. a long time to achieve. The solution, according to Black, is not to focus solely on domestic projects.

“I don’t think a project should be selected entirely because of its location. It has to be a combination of location, longevity, [and] how it fits into the modern market,” Black said.

He continued, “If all the projects you need for independence are in the U.S., that’s fantastic. But I think you need to widen the net to make sure that you’re putting in place a sustainable, reliable supply chain.”

And part of the solution may be bipartisan support. “I think you have to look further than that election cycle. Because often, you know, often a lot of these programs may actually come to fruition in the next guy’s time,” Black said. “So as long as we can all get past who gets credit for once and actually look for the future over the next decades, for the benefit of American manufacturers, I think we have a chance.”