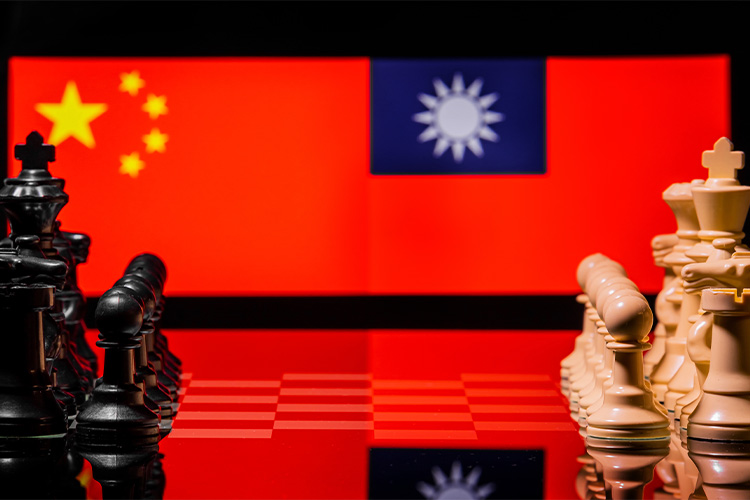 Recent wargames by military experts found that a Chinese invasion of Taiwan would be an extraordinarily costly campaign that would likely end in a Chinese defeat.

In the wake of Russia’s invasion of Ukraine last February, defense observers became increasingly concerned that China might be inspired to follow suit by invading its wayward neighbor Taiwan.

These concerns were heightened by former U.S. Speaker of the House Nancy Pelosi’s summer visit to the democratically ruled island that the Chinese Communist Party claims as part of its sovereign territory.

Beijing responded to Pelosi’s controversial visit by performing a series of “unprecedented” live-fire military drills around Taiwan, including sending missiles over the island and into the waters making up Japan’s exclusive economic zone.

However, the outcomes from recent war games by leading military experts with the Center for Strategic and International Studies suggest that war in the North Pacific is unlikely. At least anytime soon.

Through a series of sophisticated simulations, CSIS experts examined 24 potential scenarios for a Chinese amphibious invasion of Taiwan in 2026.

Out of all the simulations, only the “Taiwan stands alone” scenario resulted in a clear victory for the Chinese People’s Liberation Army. This was the least likely situation explored by the Washington D.C. think tank, as it would involve Taipei receiving no material or military assistance from the United States or allies.

Though official U.S. policy does not commit to military action in Taiwan, senior officials, including President Joe Biden, have consistently said that America would help defend the island against a Chinese invasion. At a minimum, Australia and Japan would likely also offer direct assistance in Taiwan’s defense.

Eighteen iterations of other war simulations involved “pessimistic scenarios,” which included conditions favorable to the PLA’s invading force. Some of these conditions included the U.S.’s long-range, low observable air-launched cruise missile, the JASSM-ER, having no capability against ships at sea or a delayed military response by the U.S. and allies.

In iterations involving “base case” scenarios, or situations including the most likely variables of an invasion and subsequent response, CSIS experts found that even with sound strategic planning, “the combination of challenges facing PLA invasion forces was too great to overcome.”

Two-thirds of the “base case” simulations resulted in Chinese forces being swiftly defeated within 10 days. In China’s best outcome, PLA forces landed in the south and successfully captured the port at Tainan. However, U.S. airstrikes negated the port’s strategic advantages, and the position became untenable within three weeks of capture.

In addition to no clear path to victory, CSIS experts found that a Chinese invasion of Taiwan could come at an enormous cost.

Under the most likely conditions, China suffered an average loss of 190 major naval vessels and warships and 90% of its amphibious landing craft. Additionally, the PLA lost an average of 161 fixed-wing aircraft. This staggering loss of airpower only includes air losses, as U.S. forces never attacked Chinese bases during any of the “base case” iterations.

The Successful Defense of Taiwan Could Still Be a Pyrrhic Victory for the U.S.

Somberly, a successful defense of Taiwan would also come at high costs to the United States and coalition allies.

Even when scoring victories, the United States and Japan experienced devastating losses during the wargame simulations, including dozens of ships, hundreds of aircraft, and thousands of service members.

During some scenarios, Chinese missiles destroyed all of America’s air bases in Japan and as far as Guam.

In almost all of the simulations, the U.S. lost at least two aircraft carriers and roughly 10 to 20 naval destroyers and cruisers within the opening days of the conflict.

The wargames reveal that China could fail to seize Taiwan but still score a long-term victory by inflicting crippling losses on the U.S. military and leaving America in a position where it can no longer project global power.

“Victory is not everything,” notes the CSIS report. “The United States might win a pyrrhic victory, suffering more in the long run than the ‘defeated’ Chinese.”

CSIS makes several recommendations to reduce the cost of a Taiwan defensive victory, including shoring up air defense of U.S. bases in the Pacific and shifting defense procurement to more agile and survivable naval ships.

In its 165-page report, CSIS experts acknowledged their outcomes significantly differed from what is limitedly known about other similar classified wargames conducted by the Pentagon.

While the exact nature and circumstances of the DoD’s wargames are closely guarded secrets, in a speech at the Emerging Technologies Institute in 2021, former Vice Chairman of the Joint Chiefs General John Hyten (Ret.) said U.S. forces had “failed miserably” in simulated defenses of Taiwan.

Gen. Hyten said the humbling defeat during the simulated conflict had caused him to rethink and scrap some joint warfighting concepts that had guided U.S. military operations for decades.

CSIS experts say there are several potential reasons for the disparities in their simulations vs. the Department of Defense (DoD), including differences in methodology and purpose.

According to report authors, Pentagon wargames will often test military concepts rather than examine the most likely course of events. Similarly, defense officials will set unfavorable conditions to test for vulnerabilities and challenge and educate its officer corps.

Experts also note that military leadership often has an unrealistically higher view of adversaries’ capabilities. This misperception was recently on full display when Pentagon officials said they believed Russia would score a decisive victory within days of invading Ukraine.

Ultimately, CSIS believes their analysis offers a comprehensive indication of how a Chinese invasion of Taiwan would play out.

For all of its strength in numbers and growing high-tech arsenal, the Chinese People’s Liberation Army lacks any real combat experience.

It has been over four decades since the PLA last fought in a major conflict and the 1979 Sino-Vietnamese War. Although both sides claimed victory after 3 weeks of fighting, China’s bungled Vietnam invasion has been near-unanimously viewed by outside observers as a humiliating PLA defeat.

In 2018, retiring PLA Lieutenant General He Lei acknowledged the PLA’s lack of experience, lamenting that he’d spent his entire career without ever seeing combat.

As history shows, an inexperienced military’s first taste of combat often ends with a humbling dose of reality.

In its first significant battle of WW2 and the Battle of Kasserine Pass in 1943, the U.S. military suffered an appealing defeat and the loss of nearly 6,500 soldiers in just five days.

An invasion of Taiwan would similarly be the PLA’s trial by fire. Moreover, crossing the Taiwan Strait would require the inexperienced Chinese military to execute full-scale amphibious warfare.

It is easy to forget that the remarkable success of the D-Day landings on June 6, 1944, was greatly aided by the bloody lessons learned from previous amphibious campaigns like Operation Torch, Operation Husky, and American Marines fighting in the Pacific.

Ultimately, amphibious warfare operations are one of the most challenging operations any military can undertake.

For all these reasons, the costly outcomes of a Taiwan invasion predicted by CSIS’ recent wargames likely come as no surprise to anyone in Beijing. And for all the hand-wringing, it’s u likely that seizing Taiwan by force is high on President Xi Jinping’s priorities for the near future.

Watching Russia’s string of stunning defeats in Ukraine has likely only made Xi more risk-averse to costly military ventures.

In a recent Financial Times article, Chinese officials speaking under a condition of anonymity said officials with the Chinese Communist Party felt it was likely that “Russia will fail to prevail against Ukraine and emerge from the conflict a ‘minor power,’ much diminished economically and diplomatically on the world stage.”

“Putin is crazy,” said one Chinese official. “The invasion decision was made by a very small group of people. China shouldn’t simply follow Russia.”

Instead, China appears to be trying to boost its strained economy and chaos surrounding its zero-COVID policy by hitting a reset on its soured relationships with key European nations such as Germany, France, and Spain, as well as American Asian allies like Japan and South Korea.

Any signals China was considering an invasion of Taiwan would kill any chances of improved diplomatic ties. Especially with nations already leery of Beijing’s intentions.

Ultimately, the biggest takeaway from CSIS’ recent wargames isn’t that China would likely fail but rather how costly a campaign to seize Taiwan would be for all those involved.

“War with China would produce destruction on a scale unseen by the United States since 1945,” said Mark F. Cancian, a senior advisor for CSIS’ International Security Program.

“The costs and risks for both sides strongly argue for avoiding war.”