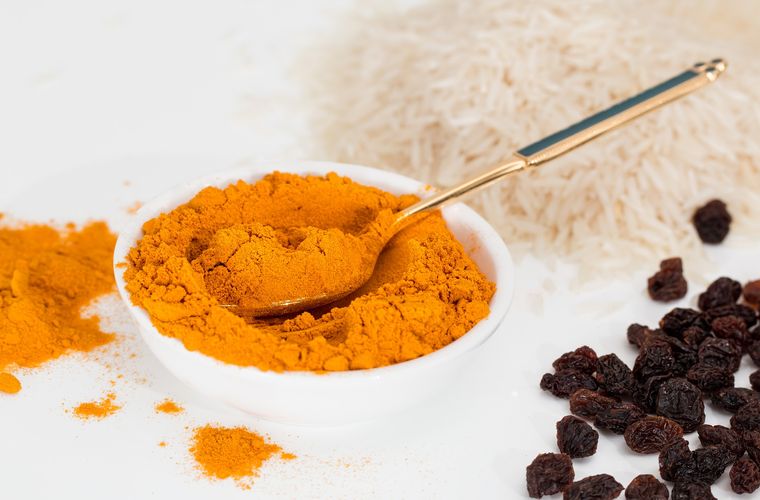 Curcumin, a component of turmeric, has been shown to help in hydrogen fuel cells. (PC Pixabay.com)

A Kitchen Spice is Helping to Build a New Fuel Cell

Turmeric has been used for thousands of years as a seasoning, and with its strong spicy taste and rich earthy color, it’s no wonder that this spice has become a favorite of certain recipes, and even a fad food for health junkies.

However, now turmeric may become even more well-liked as new research suggests that one of the main molecules that gives this spice its flavor could also help to create a more efficient fuel cell.

Background: A Study in Curcumin

Turmeric’s beautiful color comes from a powerful compound called curcumin. Curcumin also gives turmeric its flavor. Curcumin has also become a popular health food recently, as it’s been sold in capsules, and gummies as an herbal supplement. The research on this molecule is still ongoing, but curcumin does provide some health benefits, including lowering inflammation, as well as hay fever. While it can dissolve in organic solvents, such as acetone, curcumin does not dissolve well in water, making it a possible candidate for a new fuel cell.

“Without this curcumin coating, the performance is poor,” explained Apparao Rao, a professor at CNI. “We need this coating to stabilize and create a porous environment around the nanoparticles, and then they do a super job with alcohol oxidation…The next step is to scale the process up and work with an industrial collaborator who can actually make the fuel cells and build stacks for fuel cells for the real application.” Other researchers on the team suggested that the efficient electrode could also be applied to supercapacitors and sensors, expanding its usefulness.

The process of commercializing this fuel cell will be tricky, as the scientists will have to challenge one of the most common fuel cell types, hydrogen. Hydrogen fuel cells don’t produce greenhouse gases and are efficient, as they use hydrogen for fuel. However, to get the hydrogen they need, hydrogen fuel cells often use hydrogen from resources like natural gas and fossil fuels, making them more costly and less environmentally friendly. With other types of fuel cells in development, a shift may take place in looking at more ways to optimize energy efficiency while being eco-friendly.