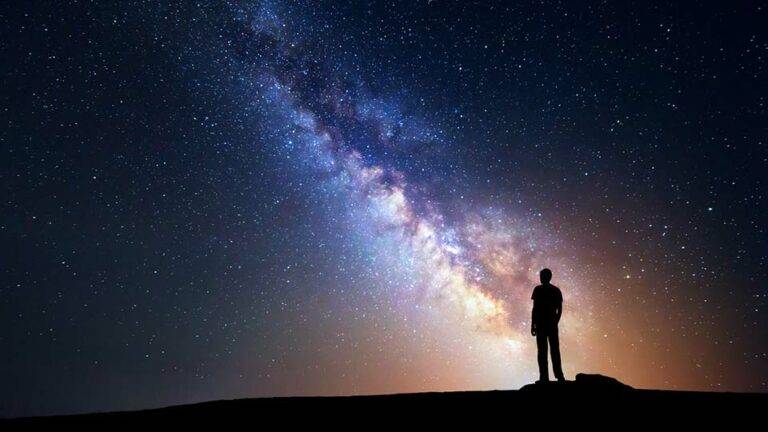 A team of scientists from Japan and the United States has announced a significant breakthrough in understanding the origins of life. Published yesterday in Nature Communications, researchers say they have made direct observations of a key molecule used to build other organic molecules within a meteorite. If confirmed, the discovery of the prebiotic organic molecule hexamethylenetetramine (HMT) would validate theories that extraterrestrial environments can form life.

The confirmed presence of HMT in meteorites could significantly contribute to the understanding of the origins of life on earth and support the idea that the universe is likely teeming with other biological organisms.

The origins of life have been among humanity’s most enduring mysteries.

Since the late 16th century, scholars have proposed many different theories for life’s origin. By the 1980s, the prevailing view became a hypothetical stage in evolutionary history known as RNA world.

The RNA world theory proposes that self-replicating RNA molecules provided for the evolution of DNA and proteins. Since RNA can store and replicate genetic information, RNA enzymes can produce chemical reactions critical for life.

RNA world theory and the emergence of self-replicating catalytic molecules can explain the earmarks capabilities of living organisms. However, this still doesn’t explain how the protobiological molecule came to exist or how it arrived on Earth.

One hypothesis that attempts to explain the latter unanswered question is panspermia. Rather than explaining how life arose, panspermia examines the possibility that life arrived from elsewhere in the universe. Panspermia’s central tenet is that meteorites, coming to Earth from space, brought microorganisms, ultimately seeding Earth with necessary biological life components.

Further supporting panspermia, scientists have discovered a diverse number of organic compounds in meteorites in recent years. Nevertheless, the question of how these compounds were first formed and how non-biological chemical processes can become biological components has remained.

With yesterday’s announcement, a group of scientists led by Dr. Yasuhiro Oba of Hokkaido University in Japan says they have made a significant breakthrough in solving this lingering problem.

In the study published on December 7th, Dr. Oba and his team say they have detected the presence of a prebiotic organic molecule believed to be key to the formation of organic compounds in interstellar environments. Researchers observed the molecule called hexamethylenetetramine (HMT) in three different carbon-rich meteorites.

The presence of HMT in meteorites supports the theory that the compound was present in asteroids and meteorites.

A press release issued yesterday by Hokkaido University states, “By confirming the presence of HMT in meteorites for the first time, this work supports the hypothesis that the compound was present in asteroids, the parent bodies of many meteorites.”

The scientists were able to directly observe HMT by developing a method to extract the compound from meteorites with minimal degradation. The study states this “allowed them to isolate significant quantities of HMT and HMT derivatives from the meteorites Murchison, Murray, and Tagish Lake.”

The study notes that experimental models have shown that water, ammonia, and methanol will give rise to many organic compounds when exposed to conditions common in an extraterrestrial environment — the most common of these compounds being HMT. Theoretically, HMT should be common in water-containing extraterrestrial materials; however, it has not been detected until now.

Scientists also examined the role HMT may play in forming amino acids in meteorites; however, they were unable to make any definitive conclusions.

One theory proposed by the team is that many asteroids could have been heated by collisions or the decay of radioactive elements early in the solar system’s history. Some asteroids may have contained liquid water and been warm enough to allow for HMT to break down and provide the building blocks for biological molecules. Among the biological molecules that could have been formed are amino acids. As authors note, “some types of amino acids are used by life to make proteins, which are used to build structures like hair and nails, or to speed up and regulate chemical reactions.”

The discovery of HMT in meteorites will assuredly lead to future experiments to understand the origin and chemical formation of prebiotic compounds in extraterrestrial environments. Ultimately, the outcomes of these studies could result in finally being able to solve the mystery of how life came to exist.

With HMT’s presence in meteorites proving that life can evolve in interstellar space, the likelihood the universe is teeming with life continues to increase dramatically. Considering that yesterday’s announcement comes amidst a resurgence of interest in space exploration, mankind continues to feel like it just might be getting closer to solving some of the greatest mysteries of our universe.