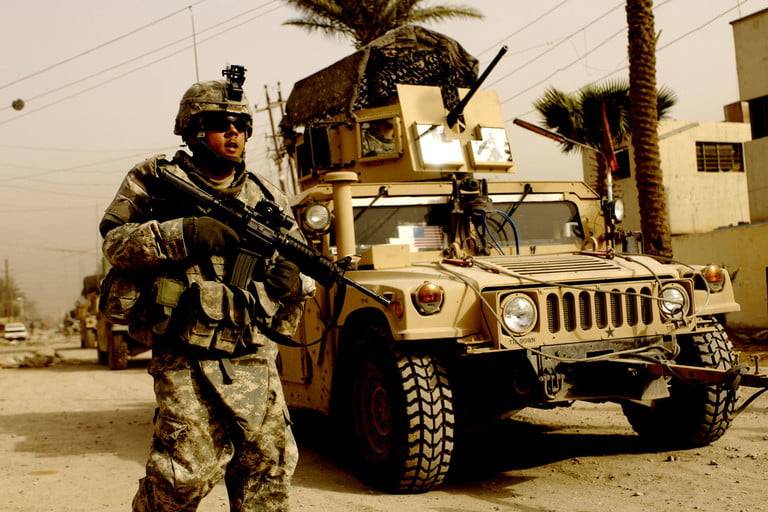 Mind Reading Soldiers: US Army Develops New Tech That Could Make this A Reality


The US Army is working to make it possible for soldiers to communicate telepathically by decoding signals from the brain.

Groundbreaking research into decoding signals from the brain presents the possibility that soldiers may be able to communicate telepathically with their colleagues in the future. The research was funded by the US Army Research Office over the past five years, yielding results that included separating brain signals that inform behavior from signals that do not. Assuming this works, the significant outcomes of this technology concerning the US Army are that it would potentially give American soldiers an edge in communication during times of high-tension and warfare. Mind reading soldiers. What could possibly go wrong?

BACKGROUND: How Did We Get to Mind Reading Soldiers As Being Even Possible?

The development of human-brain interfaces is a long-running area of interest in the technology industry. The most recent example of this came as Elon Musk demonstrated that an operative brain-computer interface would allow “human-AI symbiosis” from his startup company Neuralink.

The latest iteration is different from the prototype version put on display during Neuralink’s 2019 event in that it is fully wireless and charges using induction. Musk also suggested that the device could treat everyday ailments, such as stress and anxiety.

The US military’s research is predicted to have similar areas of difficulty as Neuralink, in that both will face challenges when it comes to reading and writing the brain’s activity. The neurological foundation for emotional conditions is still not an area fully understood by the scientific community. Teaching the brain to perform small tasks through a computer-linked interface takes substantial training.

ANALYSIS: Should Mind Reading Soldiers Even Be Allowed?

The research findings indicated that brain activity related to motion and other behavior-relevant signals could be separated and filtered from other activity using an algorithm.

“Here we’re not only measuring signals, but we’re interpreting them,” Hamid Krim, one program manager for the Army Research Office, said.

Researchers are hopeful that the technology will reach a point where it can sufficiently provide feedback directly to the brain in an effort to change actions quickly in time-sensitive scenarios. This breakthrough could also address stress and fatigue signals that the brain deploys before a person becomes conscious they are tired, eventually developing into silent communication.

This type of technological breakthrough may allow the brain to communicate with computers and send signals to other soldiers.

“In a theater, you can have two people talking to each other without… even whispering a word,” Mr. Krim said. “So you and I are out there in the theater and we have to… talk about something that we’re confronting. I basically talked to my computer—your computer can be in your pocket, it can be your mobile phone or whatever—and that computer talks to… your teammate’s computer. And then his or her computer is going to talk to your teammate.”

Researchers from the University of Southern California, who partnered with Duke and New York University as well as Essex, Oxford, and Imperial College universities in the UK, monitored the actions of a monkey reaching for a ball to separate motion-based brain signals from other mental activity.

“You can read anything you want; doesn’t mean that you understand it,” Mr. Krim said. “The next step after that is to be able to understand it. The next step after that is to break it down into words so that… you can synthesize in a sense, like you learn your vocabulary and your alphabet, then you are able to compose…At the end of the day, that is the original intent mainly: to have the computer actually being in a full duplex communication mode with the brain.”

OUTLOOK: The Future of War is Weird

Though soldiers may one day be able to communicate with one another using this technology, it is uncertain if this idea would translate to telepathically tapping into an enemy’s brain function.

Mr. Krim stated that this sort of machine-human interface that could conceivably be used during times of war is still decades away.