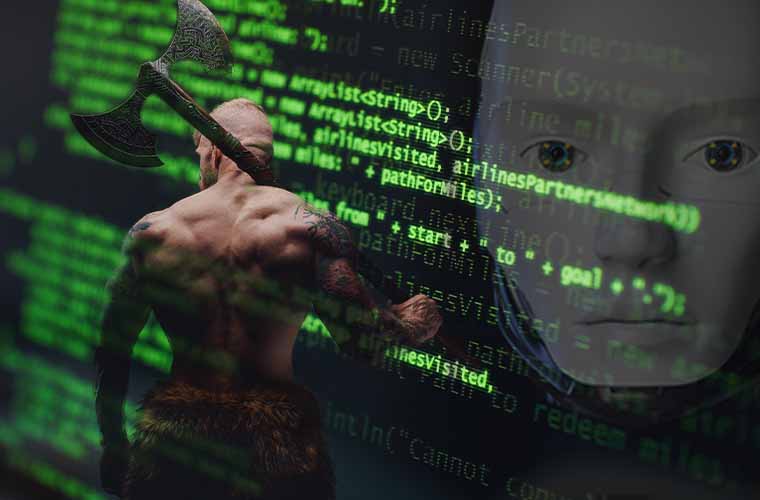 Once humanity begins sending its assets to other planets, what should be our goal?

Fundamentally, there are two choices:

A) Use artificial intelligence (AI) astronauts to plant seeds of scientific innovation in other locations, so that intelligence is duplicated and not at risk of extinction.

B) Make numerous copies of what nature already produced on Earth.

Choice B is apt to an industrial duplication line, for which the proof of concept for the assembly line was already demonstrated on Earth and we can duplicate it in an Earth-like environment.  We are emotionally attracted to B, because we are attached to ourselves and our natural path for maintaining the longevity of our genetic-making is through biological reproduction. This is misguided for two reasons. First, we tend to think we are special, so reproducing more of us is appealing. Second, we forget the extensively long series of trial and error that ended up in naturally-selected us.

Choice B reflects a unique selection bias; namely, we like who we are and imagine that if we duplicate natural selection in an Earth-like environment something as special as us will result. Of course, natural selection holds no such promise. This underscores the appeal of choice A, which promotes new systems that are more advanced and adaptable to very different environments. If evolution is supervised by AI systems with 3D printers, it could be more efficient at identifying optimal solutions to new challenges that were never encountered before.

The second approach is suitably labeled B since it was adopted by barbarian cultures throughout human history. Its brute-force simplicity in making copies of existing systems could lead to dominance by numbers, but its main weakness is that it is vulnerable to new circumstances that previous systems cannot survive. For example, the dinosaurs were not smart enough to use telescopes capable of alerting them to the dangers of giant space rocks like Chicxulub.  Also, the ideas offered by Ancient Greek philosophy survived longer than the Roman Empire despite the latter’s military might in concurring new territories.

AI scientists could use machine learning to navigate through virgin territories and adapt more effectively to their challenging terrain than terrestrial life forms. In this vein, AI systems could be viewed as our technological kids and a phase in our own Darwinian evolution, as they represent a form of adaption to new worlds beyond Earth. There is no reason for us to be attached to primitive representations of life on Earth, just as there is no reason to resurrect the dinosaurs.

Periods of “snowball Earth” removed some forms of life from our terrestrial habitat, but the physical challenges on other planets could be so extreme that envisioning terrestrial life there is a non-starter. Adopting survival tactics by AI systems in these alien environments might be essential for tailoring sustainable torches that carry our flame of consciousness there.

Is there a smarter kid on our cosmic block who already figured out the best strategy? If so, it would be interesting to find out whether choices A or B are more popular among extraterrestrial civilizations.

The Nevernight Connection – A ‘Candy Store’ for Espionage

Choice A has a higher likelihood of survival in the face of natural disasters, such as loss of planetary atmospheres, climate changes, meteorite impacts, evolution of the host star, nearby supernova explosions, or flares from supermassive black holes. However, choice B could be sufficiently infectious, like the Omicron variant of COVID-19, so as to seed many locations at once and compensate for its reduced impact.

By studying other planets for signs of life we could identify which choice was most popular by past civilizations. Based on human history, we might find evidence for a lot of barbarian cultures which had perished and a much smaller population of intelligent cultures which maintained longevity. Although more difficult to find, those precious needles in the haystack which survived over billions of years, could teach us an important lesson about the favorable path.

To put my cards on the table even before we find them: I am all in favor of option A for AI, rather than B for barbarian.