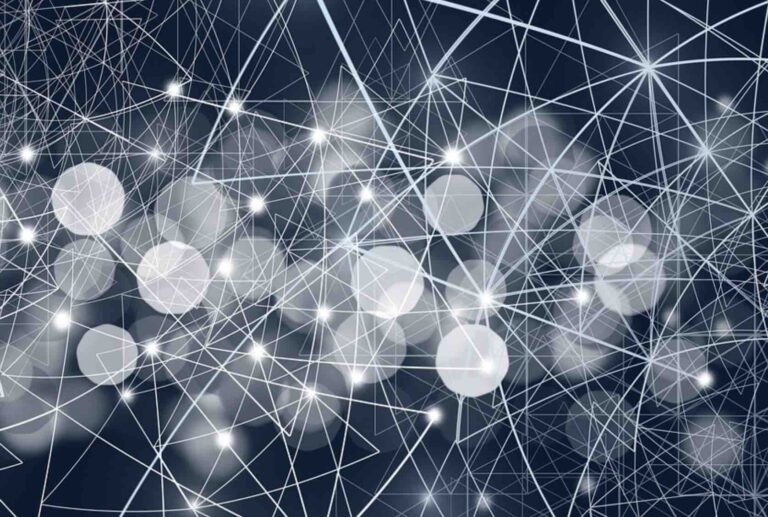 
Scientific progress may accelerate when artificial intelligence (AI) will explore data autonomously, without the blinders imposed by human prejudice.

The best public policy is shaped by scientific evidence. Although obvious in retrospect, scientists often fail to follow this dictum. The refusal to admit anomalies as evidence that our knowledge base may have missed something important about reality stems from our ego. However, what will happen when artificial intelligence plays a starring role in the analysis of data? Will these future ‘AI-scientists’ alter the way information is processed and understood, all without human bias?

The mainstream of physics routinely embarks on speculations. For example, we invested 7.5 billion Euros in the Large Hadron Collider with the hope of finding Supersymmetry, without success. We invested hundreds of millions of dollars in the search for Weakly Interacting Massive Particles (WIMPs) as dark matter, and four decades later, we have been unsuccessful. In retrospect, these were searches in the dark. But one wonders why they were endorsed by the mainstream scientific community while less speculative searches are not?

Consider, for example, the search for equipment in space from extraterrestrial civilizations. Our own civilization launched five interstellar probes. Moreover, the Kepler satellite data revealed that a substantial fraction of all Sun-like stars have an Earth-sized planet at the same separation. Given that most stars formed billions of years before the Sun, imagining numerous extraterrestrial probes floating in interstellar space should not be regarded as more speculative than the notions of Supersymmetry or WIMPs.

Even after the anomalous interstellar object, `Oumuamua, was discovered, scientists preferred to imagine natural ‘never-seen-before’ objects, such as exotic icebergs made of pure hydrogen or nitrogen, rather than consider the possibility that `Oumuamua is technology manufactured by an extraterrestrial civilization. An artificial origin appears plausible given the subsequent discovery by Pan STARRS in September of 2020. The object 2020 SO, which just like `Oumuamua exhibited an excess push away from the Sun by reflecting sunlight with no cometary tail, and was eventually identified as an artificial rocket booster that NASA launched in 1966.

The root of our self-imposed blinders is our ego. Physics encapsulates the realization that the physical world surrenders to a strict set of rules that we discovered in our laboratories. Elementary particles have no maneuvering room beyond quantum mechanical uncertainty – which is also formulated firmly within a set of equations. An electron cannot exhibit free will and deviate from the evolution predicted for it by the Dirac equation. On the other hand, the unlimited opportunities offered by free will and consciousness allow us to feel superior relative to elementary particles.

If we knew of an equation that attempts to forecast our future, we would act differently and violate its predictions. Unlike the strict laws of physics that apply to the entire physical Universe since the Big Bang, people often violate societal laws. As a result, physics provides a boost to our ego in two ways: we feel superior relative to the physical world, first, by understanding how it works, and second, by uncovering the strict set of laws that make it predictable.

We also feel superior relative to other lifeforms on Earth, like microbes or animals, because we believe they are not as intelligent and conscious as we are. And we go even further to assign great significance to the subtle differences between humans. Much of human history is shaped by the desire of some people to feel superior to other people. The best example is World War II, which was driven by racism and led to twenty times more deaths than the COVID-19 pandemic so far.

The search for primitive lifeforms on Mars, Venus, Enceladus, or Europa is not threatening to our ego and is embraced by the scientific mainstream. But the search for extraterrestrial intelligence could unravel a lifeform far more advanced than we are, and so it faces a primal resistance in human psychology.

Mainstream astronomers avoid funding the search for technosignatures, technology from extraterrestrial civilizations, by setting the unreasonable prerequisite: “until extraordinary evidence will suggest it.” The psychology of denial that drives this strategy reinforces its premise: without generously funding the search in the first place, we are less likely to find the evidence. The circular argument about the need for evidence that is not being sought after is a self-fulfilling prophecy. It also represents a strategy to avoid a blow to our ego, which was pampered by a triumphant century in fundamental physics and technological gadgets of our own making.

Resistance to exploring the unknown has a damaging impact on fledgling scientists concerned about their career opportunities, as recently highlighted in a Smithsonian Magazine article. This acidic culture was also mentioned in the report on Unidentified Aerial Phenomena (UAP) from the Office of the Director of National Intelligence (ODNI) to the United States Congress on June 25, 2021, which stated that: “Sociocultural stigmas and sensor limitations remain obstacles to collecting data on UAP… reputational risk may keep many observers silent, complicating scientific pursuit of the topic.”

The recently funded Galileo Project breaks these psychological barriers and aims to assemble high-quality scientific data on objects near Earth that may have been produced by extraterrestrial technological civilizations.

With a sense of cosmic humility, we could explore space without prejudice and find out whether smarter kids predated us on our cosmic block. Indeed, extraterrestrial equipment in space could deliver a bigger blow to our ego than the Copernican revolution did. The latter merely implied that we are not at the center of the physical Universe but allowed us to maintain the illusion that we are unique in possessing a high level of intelligence and consciousness.

Scientific innovation may accelerate in the future, not because humans will become more virtuous but because artificial intelligence (AI) systems will lead the way. Our psychological blinders will be removed when AI systems will analyze data autonomously, without guidance from humans.

AI-scientists might conclude objectively and without self-pity: “`Oumuamua does not resemble any comet or asteroid seen before, but it resembles artificial objects like 2020 SO.”

Without prejudice or ego-driven ambitions to win honors, awards, or “likes” on Twitter, they might be the first to discover their AI analogs, sent to interstellar space by other civilizations.

Here’s hoping that AI-scientists will provide us with a sober view of our cosmic neighborhood, the one in which human scientists insist on staying blind.

Avi Loeb is the head of the Galileo Project, founding director of Harvard University’s – Black Hole Initiative, director of the Institute for Theory and Computation at the Harvard-Smithsonian Center for Astrophysics, and the former chair of the astronomy department at Harvard University (2011-2020). He chairs the advisory board for the Breakthrough Starshot project, and is a former member of the President’s Council of Advisors on Science and Technology and a former chair of the Board on Physics and Astronomy of the National Academies. He is the bestselling author of “Extraterrestrial: The First Sign of Intelligent Life Beyond Earth” and a co-author of the textbook “Life in the Cosmos.”