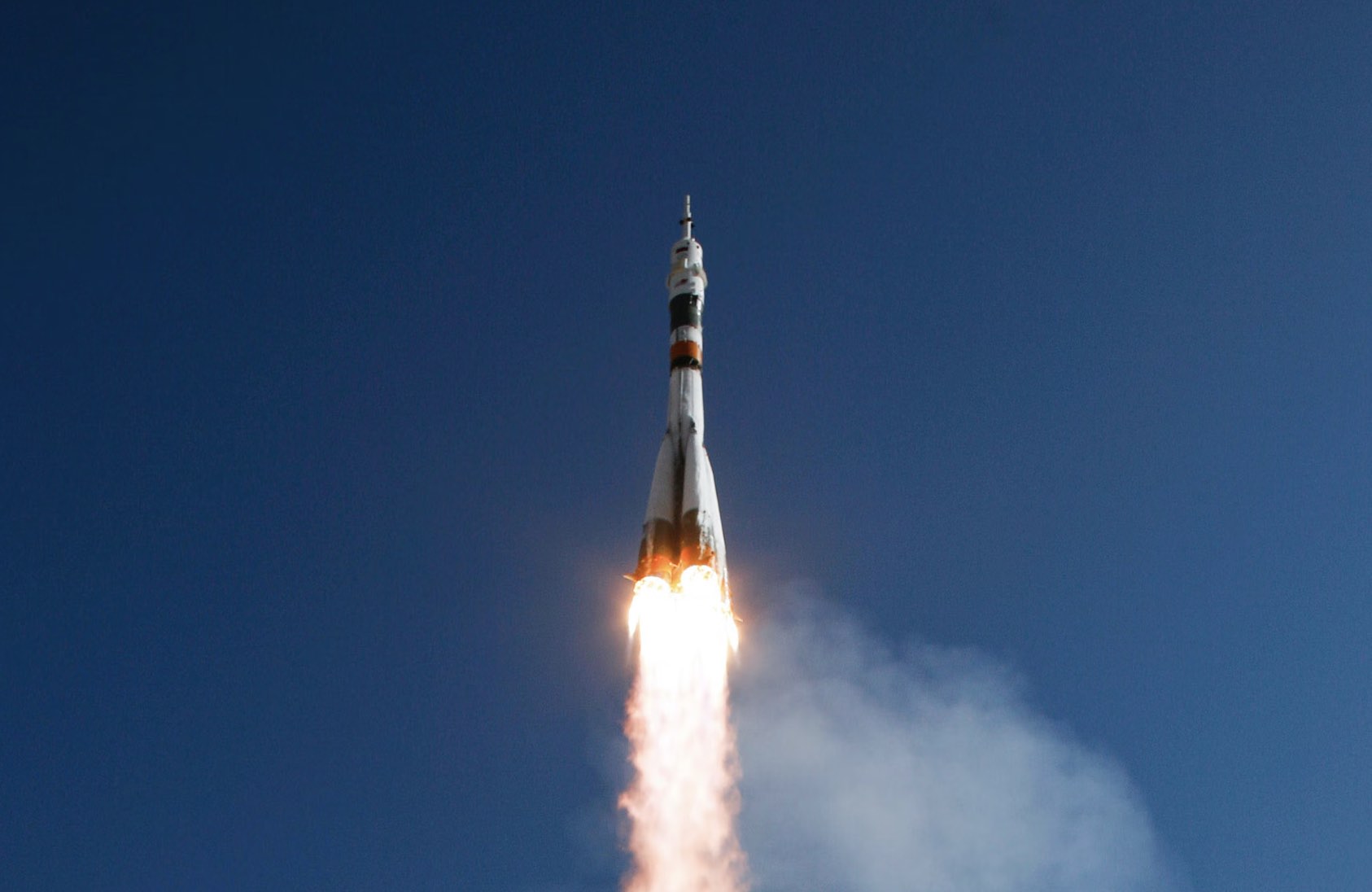 Rockets are propelled forward by ejecting burnt gases backward through their exhaust. The same principle of global momentum conservation pushes an ice skater when separating from a partner, or triggers recoil when shooting a bullet.  In 1897, the rocket scientist Konstantin Tsiolkovsky realized that the fuel mass required to propel a rocket grows exponentially with the increase in its desired terminal speed. This tyranny of the rocket equation stems from the fact that the rocket carries its fuel for the ride and so the momentum thrust delivered to its payload must be shared with the unburnt fuel.

Capping the fuel mass to a million times the payload mass implies that the terminal speed of the payload cannot exceed fourteen times the ejection speed of gas through the exhaust. Capping the mass ratio at a billion, implies a factor of twenty. The characteristic exhaust speed of chemical propellants, a few kilometers per second, limited all rocket launches from Sputnik 1 to New Horizons up to terminal speeds of tens of kilometers per second.

Could there be new physics that suppresses the dreadful exponent of the rocket equation?

In 1933, Fritz Zwicky realized that the motion of galaxies in clusters is too fast for them to be bound merely by the visible matter. In the early 1970s, Vera Rubin and collaborators observed flat rotation curves for stars and gas in galactic disks, well beyond the extent of their luminous cores, substantiating the argument for the possible existence of dark matter in halos surrounding these cores. Despite our best efforts over the half a century that elapsed since then, astronomers and physicists had not discovered yet the particles that make up dark matter. Therefore, it is also prudent to consider the alternative possibility that the laws of motion are modified and there is no missing matter.

In 1983, Moti Milgrom suggested that the flat rotation curves of galaxies can be explained if the standard Newtonian dynamics is modified at low accelerations, below a universal value, a0, equal to a hundred millionth of a centimeter (roughly the size of an atom) per second squared. Interestingly, the value of the threshold acceleration, a0, is of order the speed of light divided by the age of the universe. In particular, if the inertia of matter accelerated below a0 declines in proportion to the acceleration divided by a0, then the flat rotation curves of galaxies arise naturally. Remarkably, four decades later – this acceleration law of Modified Newtonian Dynamics (MOND) still agrees with most available data on galaxies of all sizes and shapes.

In a new paper I suggested that the modified inertia interpretation of MOND would allow rockets to traverse intergalactic distances by consuming modest fuel mass. For rockets launched at low accelerations, Tsiolkovsky’s exponent is suppressed by a factor equal to the acceleration in units of a0. This offers the opportunity to reach a terminal speed that is a hundred times larger than the exhaust speed if the acceleration is a hundred times smaller than a0, using a fuel mass that is comparable to the payload mass. The exponential tyranny is gone.

If the modified inertia interpretation of MOND is real, a chemical rocket with a fuel mass comparable to the payload mass, can reach a speed of hundreds of kilometers per second, ten times faster than all space rockets launched from Earth so far. At an acceleration which is a hundred times smaller than a0, the rocket will reach a terminal speed of 300 kilometers per second in 8 billion years, roughly the remaining lifetime of the Sun. During this time, the rocket could traverse a distance of a few million light years, all the way through the Local Group of galaxies. Of course, before reaching this far the rocket will need to burn additional fuel in order to escape the gravitational pull of the Earth, the Sun and the Milky-Way galaxy.

The reality of the modified rocket equation can be tested by launching our own low-acceleration rocket or by finding low-acceleration rockets which arrived at our cosmic neighborhood from great distances. It is unclear which approach is more likely to bear fruit as the first direct test of the modified inertia interpretation of MOND. In case the Galileo Project will find exotic extraterrestrial rockets in space, it could shed new light on fundamental physics.