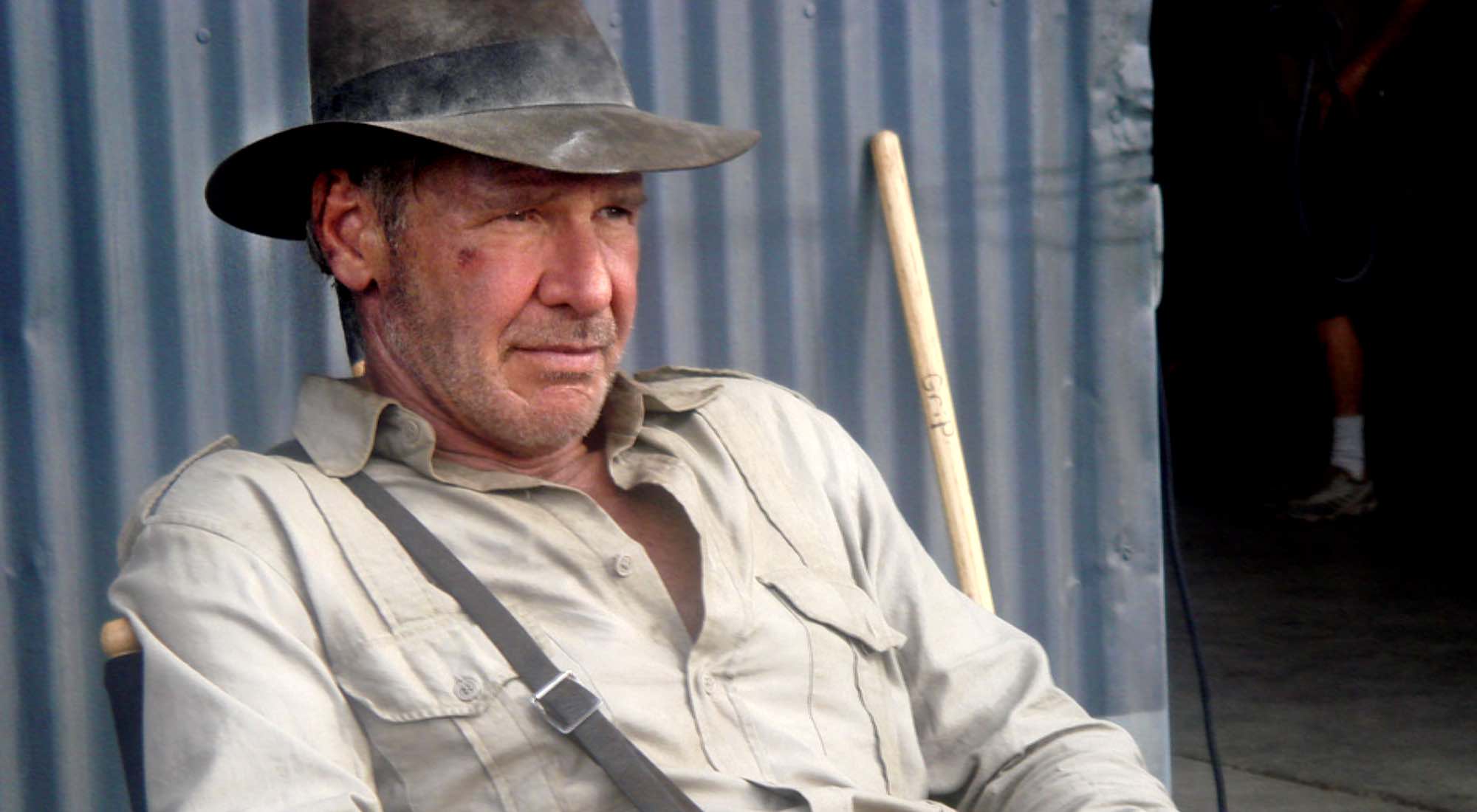 There are few Hollywood adventure heroes that ever attain iconic status comparable to Indiana Jones, the whip-cracking archaeologist portrayed famously by Harrison Ford in memorable films like 1981’s Raiders of the Lost Ark.

Through his world travels, the rugged Dr. Jones often found himself pitted against Nazis in pursuit of ancient mythic treasures imbued with supernatural powers that, according to him, “belong in a museum.” Today, much like the artifacts sought out by the fictional archaeologist, 80-year-old actor Harrison Ford is showing some of the wear and tear of his years spent adventuring.

However, that won’t prevent him from engaging in a bit of time travel back to the early 1940s in the opening sequence of the highly anticipated fifth installment of the Indiana Jones film franchise, where filmgoers will be transported back to Indy’s early days with the help of modern anti-aging technology.

Much about the forthcoming film—including its title—remain closely guarded, although a forthcoming issue of Empire has offered a few early glimpses of Ford decked out in his trademark fedora and leather jacket. However, the sneak peek at Indy 5 also details how the film’s opening sequence will be set eight years after the events depicted in Raiders of the Lost Ark, where a younger Dr. Jones will be seen battling his old nemeses—the Nazis—as they storm through a castle reminiscent of sets featured in the third film in the series, Indiana Jones and the Last Crusade.

In years past, attempts at regressing the age of actors who reprised roles from earlier in their careers often relied on makeup and other special effects that are directly applied. However, in recent years the growing use of computer-generated imagery to apply 3D anti-aging effects in post-production—often with mixed results—has become the norm in Hollywood.

Mainly, the way the technology works involves a series of small markers that are applied directly to the face of an actor or actress, which allow their facial expressions and other movements to be synched almost perfectly with a computer-generated reconstruction of either their face or that of another actor.

One of the best-known instances where this technology can be seen is in programs like Disney’s The Mandalorian and The Book of Boba Fett, which used this technique to model the face of a young Mark Hamill and apply that to the body of a younger body double. In The Mandalorian, Disney was the recipient of a fair degree of bashing from critics for the unrealistic result of their attempts to map a 3D-rendered young Luke Skywalker’s face onto a body double with help from actor Mark Hamill.

In particular, a video series produced by a special effects artist who demonstrated a more realistic-looking method of achieving the anti-aging effect resulted in Disney hiring him to reproduce his results for the follow-up series The Book of Boba Fett, in which actor Mark Hamill actually had no involvement apart from both his visual likeness being recreated, as well as that of his voice courtesy of the AI program Respeecher.

Although Disney’s second attempt at recreating a young Luke Skywalker was far more impressive than what we saw in The Mandalorian, the cinematic anti-aging technology employed for the opening minutes of the new Indiana Jones film is reportedly so good that it even took Harrison Ford a bit off guard.

“It’s a little spooky,” Ford was recently quoted saying. “I don’t think I even want to know how it works, but it works.”

The forthcoming fifth installment of the legendary Dr. Jones’s adventures, the majority of which takes place in 1969, will feature Harrison Ford as he actually appears and pitted against a new nemesis portrayed by actor Mads Mikkelsen. The film is scheduled to appear in theaters on June 30, 2023.